Here's a roundup of books your child will love in the present pile, based on the hottest, most popular toys that boys and girls will be begging for this Christmas.

Want to know about the toys that kids are requesting in letters to Santa this Christmas? Well, here you are – plus the very best children's books for all mini-fans of llamas, sloths, Harry Potter, Frozen and Fortnite!

Illustration from Picklewitch and Jack

Blume dolls come inside a flowerpot which children must water to find out what flowers are inside. There’s a fantastic theme of nature in The Fan Brothers’ stunning picture book The Night Gardener, which has a wide age appeal because of its amazing artwork; Gillian Hibbs’ Errol’s Garden is a lovely tale abut children making their own urban garden on top of a tower block; Melissa Castrillon’s stunning book Mighty Min features a brave girl living in a delightful garden and fighting monsters; and for slightly older readers, in Claire Barker’s Picklewitch and Jack, Picklewitch is the naughty witch living in a tree in Jack’s “winner of Most Sensible Boy in School" garden.

Illustraton from The Train to Impossible Places

If your kids are after the new VR package enabling them to become invisible with the help of a tablet or phone, some fab new fantasy this Christmas includes Sibeal Pounder’s magical Beyond Platform 13, which is actually a sequel to Eva Ibbotson's The Secret of Platform 13, but the reading experience will not at all be hampered by not having read the original. Jaclyn Moriarty’s The Extremely Inconvenient Adventures of Bronte Mettlestone finds orphan Bronte journeying across kingdoms to visit her several aunts whom she has rarely seen before – right to the borders of the sinister Whispering Kingdom. Last, P G Bell’s The Train to Impossible Places and its sequel The Great Brain Robbery are a fantasy series about a magical train staffed by trolls – the Impossible Postal Express – which delivers letters and parcels across a series of magical worlds connected to our own.

Illustration from The Snow Queen

Frozen 2 is out at the cinemas for Christmas and Astrid Foss’ Snow Sisters series, following the adventures of triplets Hanna, Ida and Magna on the beautiful frozen island of Nordovia, is perfect for Elsa fans around 5 to 8 years. Frozen enthusiasts will also adore the classic The Snow Queen and, for slightly older readers, Neil Gaiman’s beautiful fairy tale The Sleeper and the Spindle is a real treat. Last, for boys and girls looking for something with a hint of humour and a frosty setting, there’s Matty Long’s Super Frozen Magic Forest: a magical Lord of the Rings-esque quest featuring a gender neutral mushroom called Trevor.

From the front cover of Drone Racer

This year’s enthusiastic Christmas ambushers, jumper-outers and hiders-behind-doors are, apparently, clamouring for the latest NERF invention. (Just don’t fire it at us when we’re carrying mounds of sprouts to the dinner table.) Andy Briggs’ Drone Racer is an intensely readable high-octane tech adventure featuring the new pastime of drone racing that NERF fans around 10-12 will absolutely adore. If you can’t get them to put the rapid-fire gadget down for long enough to read a novel, then a graphic novel might be just the thing: 5-8s will love the bonkers world of Looshkin, featuring the maddest cat in the world; the three Fantasy Sports graphic novels, mashing up sport and high fantasy will appeal to 7-10s; and, in F2: Galaxy of Football - Attack of the Football Cyborgs, F2Freestylers and famous YouTubers Billy Wingrove and Jeremy Lynch have created a brilliant adventure for football fans. Older kids, especially girls, will also adore Roller Girl by Victoria Jamieson, featuring a 12-year-old wannabe Roller Derby star.

One of the big crazes this year is Owleez, plastic owls that make adorable noises when you whiz them (hopefully in a vaguely controlled fashion) about in the air. For hoohoo-peless owl fans, Nicola Davies’ White Owl, Barn Owl, illustrated by classic British illustrator Michael Foreman, is a fiction/non-fiction hybrid, meaning that young readers learn lots of facts about owls while following the lovely story of a girl and her grandfather building an owl nest-box. Sean Taylor and Jean Jullien’s Hoot Owl is, by contrast, a most amusing picture book featuring an owl who, at one point, turns himself into an ornamental bird bath. Last, for really little ones, the classic Wow! Said the Owl is a beautiful board book exploring colours.

For primary aged kids with this Fortnite-themed playset on their list, prolific YouTuber Ali A’s high-spec graphic novel adventure Game On is a real treat, with Ali and his dog Eevee saving the day when monsters invade a gaming convention. Glitch is a brilliant and colourful comic/graphic novel featuring a girl gamer lead character. For younger readers, Level Up finds friends Flo and Max battling space soldiers inside their favourite game, Star Smashers. For older readers, Chris Bradford’s Gamer is a thrilling Hunger Games-esque tech dystopia for older primary school and secondary aged kids put off by long books.

Illustration from Duck and Penguin are Not Friends

If your kids love the Toy Story movies and are into the idea of toys having their own adventures, 6 to 9 year olds will adore the ultra-fun and witty Spy Toys by Guy Bass and Boot by Shane Hegarty, in which a discarded toy robot must find his owner. For younger readers, Julia Woolf’s delightful Duck and Penguin are not Friends gives us two very different toys who struggle to find some middle ground. For even smaller ones, Nicola Slater’s Where’s My Jumper is a colourful, well-made board book chronicling the attachment we can have to a favourite toy, and learning our numbers into the bargain.

Suitable for children aged three and above, this twerking llama is sure to have the whole family dancing and laughing at his moves. If you’re looking for something to accompany this remarkable toy, Rosie Greening’s No Probllama! is an adorable and hilarious board book for toddlers. Scott Allen’s Llama United: The Team With An Impossible Dream is a funny, football-themed book for older kids who might be too cool to bop with Boppi. 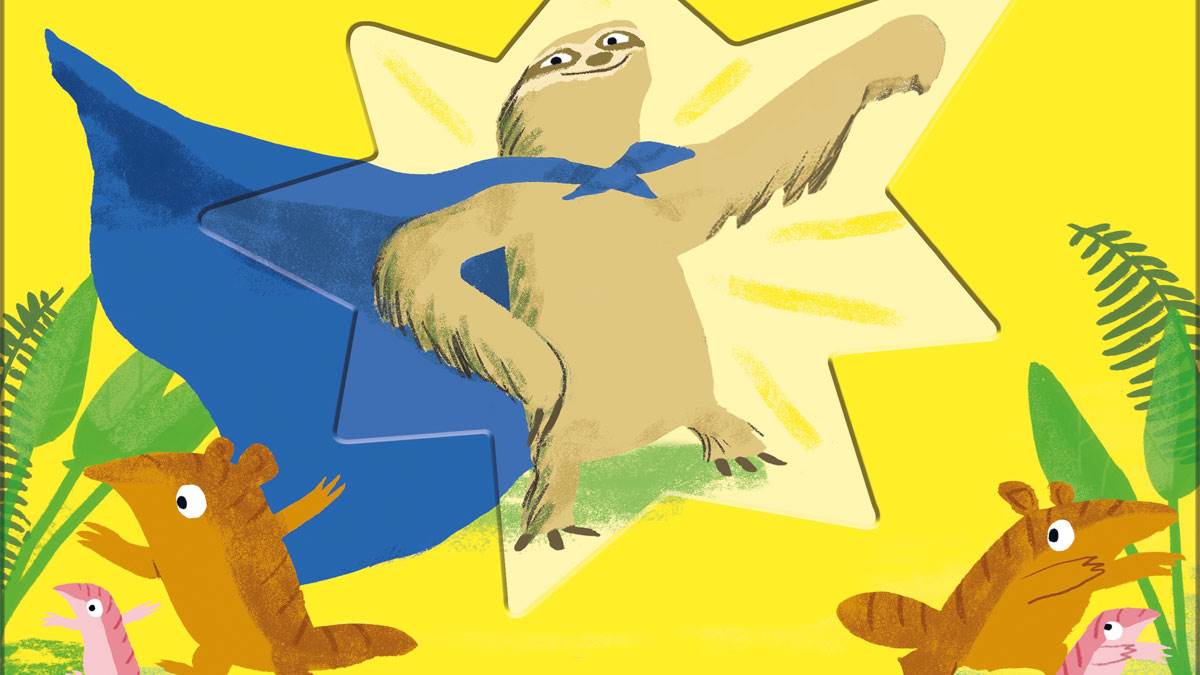 This light-up sloth sings and dances, and when you press the buttons on the sloth's feet, it speaks numbers, colours and more. Cuuute! Sloth-themed books for little ones include Frann Preston-Gannon’s Sloth Slept On, where a family decide to send a sleepy sloth back to the rainforest; Robert Starling’s Super Sloth, which tells the story of a sloth who decides to be a superhero; and Eric Carle’s ‘Slowly, Slowly, Slowly’ Said the Sloth, which reminds us that it’s good to do things slowly sometimes. Good advice for frenzied families at Christmas!

Find your next Christmas-themed book with our Bookfinder