Flood stories from around the world – and what they teach us

Emma Carroll talks about the real-life floods that inspired her book The Somerset Tsunami, and why we'll always keep sharing flood myths and stories to make sense of what's happening. 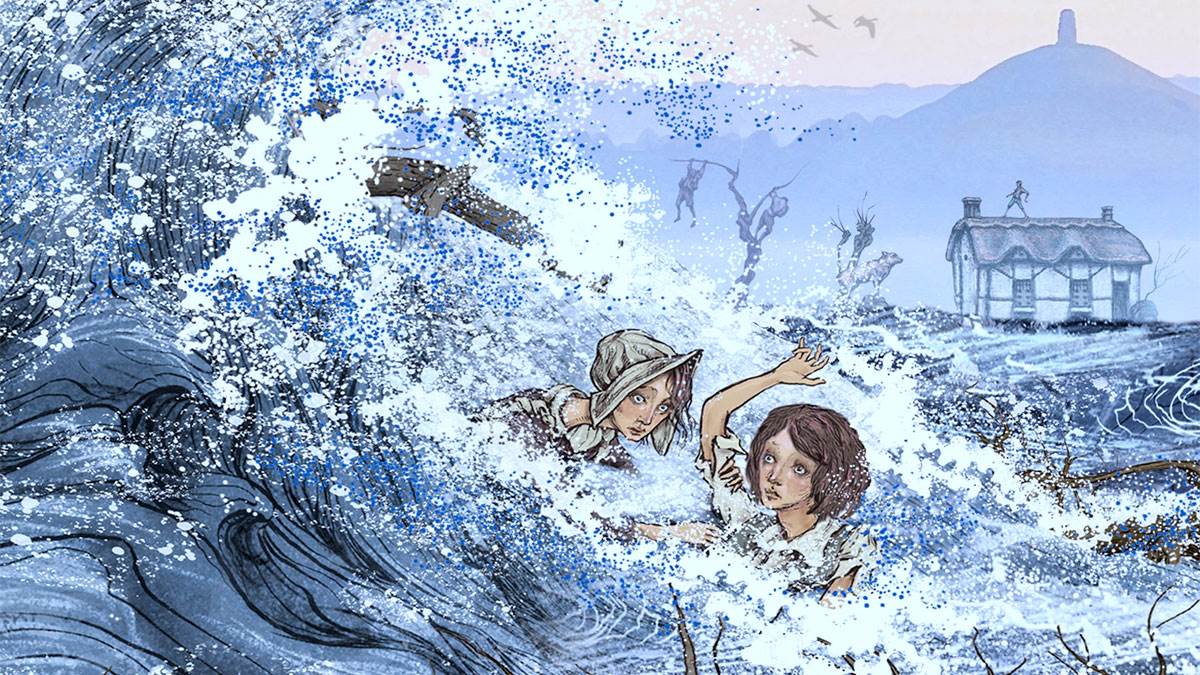 Us authors know all too well that when it comes to stories, there is nothing new under the sun. As we sit at our laptops busily forming worlds, developing characters and sending them off on adventures, we’re more often than not drawing on the tropes that writers before us have been using for thousands of years.

Certainly, this was the case for me when working on my latest story, The Somerset Tsunami. When freak flooding strikes the Bristol Channel coast, lives, homes and reputations are all lost in the blink of an eye. And if the rising waters are divine retribution for some terrible sin, then someone – somewhere – must be to blame.

Inspired by the real-life catastrophic floods of 1607, in which some 2,000 people in South-West England and South Wales perished, I soon realised I was writing a classic flood narrative. Yes, the water represented danger, a threat to life. It was also a barrier: it isolated people for good and bad reasons. The flooding pushed characters to physical and emotional extremes, it made them reassess their priorities and challenge their beliefs.

Yet in the aftermath of so much damage and chaos, a future was possible – one with different opportunities and expectations.

Evidence of flood stories have been found in Aztec, Indian and Middle Eastern creation myths, where a Great Flood acts as a test of faith, a challenge, a new beginning. All pre-date the Noah’s Ark story, which suggests writers of the Old Testament were influenced by older cultures and texts.

In 1872, this was proven to be the case. The translation of script on an ancient Mesopotamian stone tablet revealed people had indeed been writing tales about flooding long before the story in Genesis. The Flood Tablet, as it became known, formed part of the great Epic of Gilgamesh, one of the earliest written stories. In the wake of Darwinism, it threw Victorian theologians into more panic as to the origins of the Bible’s "truths".

Flood stories that warn us of danger

Scouring my bookshelves for more recent examples of flood myths, I came across three books I’ve read and loved. In The Children of Green Knowe by Lucy M Boston, Tolly goes to stay at his great-grandparents' strange, magical house, which he can only reach by boat across the floods surrounding it. The water isolates him from the rest of the world; by keeping him at the house, it intensifies his experiences there. In turn, the house offers him sanctuary against the danger the floods pose.

The Moomins and the Great Flood by Tove Jansson starts with Moominmamma and Moomintroll on a quest to find Moominpapa. As the story progresses, so the search becomes harder, with torrential rain slowing them down to the point where they have to sail the floods in an armchair. Along the way, they are helped by various magical creatures. The whole story is a sort of parable about community and resilience in the face of disaster.

Also, Floodland by Marcus Sedgwick is a brilliant tale set in the near future, where Norwich is an island and the majority of the UK is underwater: the reference here to current rising sea levels and global warming are clear. When ten-year-old Zoe becomes separated from her parents in the wake of flooding, she ends up on Eel Island (Ely) with a sinister gang of fellow survivors for company. The novel is about survival in a dystopian world of our making.

It could be argued that all three stories are telling us how to survive in a changing, threatening world. The Children of Green Knowe was published in 1954, during the Cold War; The Moomins and the Great Flood in 1945. The relevance of Sedgwick’s story is immediate.

In the past 100 years, sea levels have risen on average 7 inches. The area where my story is set has always been prone to flooding. The majority of the Somerset Levels lie at or just below sea level, and are liable to tidal and land-based floods. The Severn estuary, which borders the Level’s northern edge, has the second highest tidal range in the world.

In the winter of 2013-14, the Somerset Levels experienced their worst-ever floods, due to high winter tides, months of heavy rainfall and rivers that hadn’t been properly dredged. Marcus Sedgwick’s island town became a reality for the people of Mulcheney whose village was only reachable by boat. The main train lines to London Paddington were blocked for weeks. This was reality, not fiction.

In our ever-warming, ever-changing planet it’s probable flooding will become more frequent. And if there’s one thing the tropes of ancient stories can teach us, it’s that the responsibility is on us all.

Check out our favourite books about the environment