What to Read After… Look Up!

Look Up! is an award-winning picture book that has won hearts everywhere. Illustrator Dapo Adeola – who is also BookTrust's Writer-Illustrator in Residence – is here to give some brilliant book suggestions for fans of chatterbox Rocket and her passion for the stars. 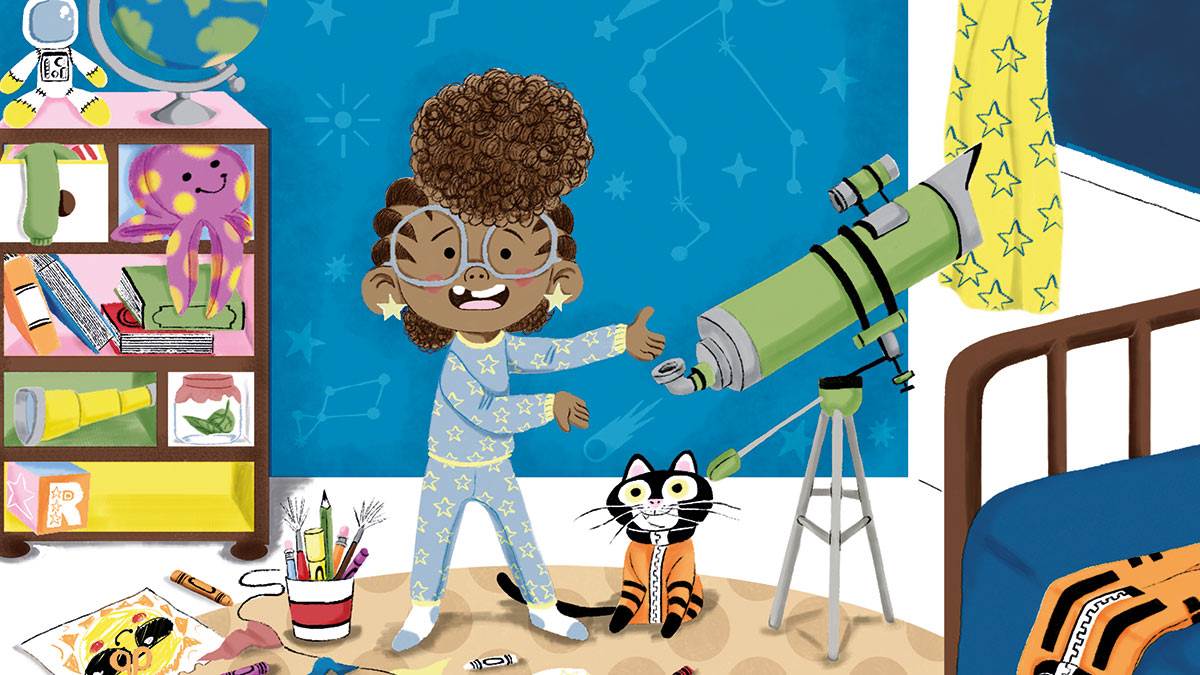 Illustration by Dapo Adeola from Look Up!, written by Nathan Bryon

Find out more about our Writer-Illustrator in Residence, Dapo Adeola

So, I’m often asked to recommend picture books for families who loved my first picture book Look Up!, which I co-authored with Nathan Bryon. Look Up! is about a Black girl, Rocket, who is obsessed with space and really wants to be an astronaut just like her heroine Mae Jemison.

What other books might young fans of Look Up! enjoy?

For women reaching for the stars

Ken Wilson-Max’s picture book Astro Girl also features a Black girl, Astrid, who is really into space and wants to find out all about it. There are some great non-fiction books for kids out there about Mae Jemison, like Caroline Moss and Sinem Erkas’ Work It, Girl: Blast off Into Space like Mae Jemison. I also like Little Leaders: Bold Women in Black History by Vashti Harrison – it’s a really accessible book for kids about great women like Jemison and Rosa Parks but also includes some notable black British women like Diane Abbott. Nathan and I have made two books featuring Rocket and her family – in the second, Clean Up!, Rocket goes to visit her Grammy and Grampy on an island where her grandparents run an animal sanctuary. While she’s there, a turtle washes up on the beach, tangled in plastic, and Rocket decides to help. She’s a character that really cares about the world around her and her community. Ada Twist, Scientist by Andrea Beaty and David Roberts is another picture book that features a curious little Black girl with a brilliant and inquisitive mind, as she carries out various experiments in pursuit of knowledge.

For those who care about the planet 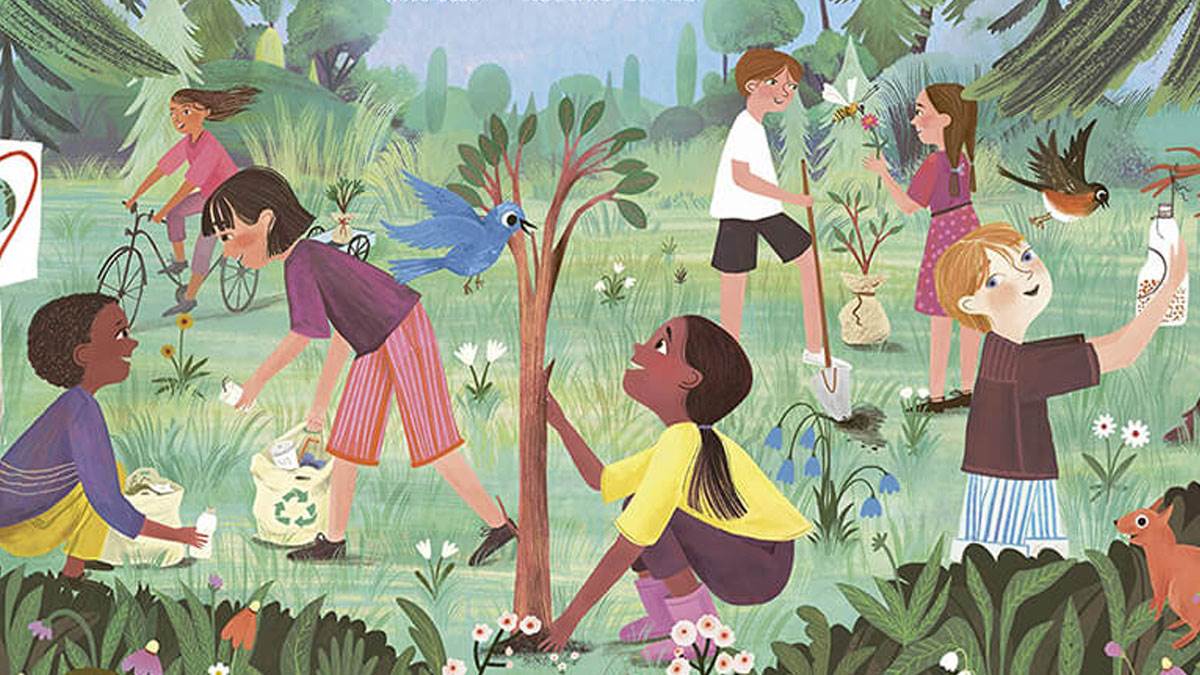 I recently saw an amazing non-fiction book by Dr Mya-Rose Craig called We Have a Dream: Meet 30 Young Indigenous People and People of Colour Protecting the Planet, which I’ll be checking out, and Loll Kirby and Aledina Lirius’ Old Enough to Save the Planet is another one that features young people across the world making meaningful changes in their communities – just like Rocket. Illustration from Hannah Lee and Allen Fatimaharan’s The Rapping Princess

I’m also stoked to have a picture book out right now with the legend that is Malorie Blackman – We’re Going to Find the Monster was so fun to work on, and features a main character with vitiligo. However, the story isn’t about that – I just wanted to include a character with a skin condition you don’t see depicted much in children’s books. The story is actually about two kids going on an imaginary adventure to find a monster, in the morning before breakfast. I love creating children’s books featuring contemporary Black families.

Colin Meloy and Shawn Harris’ Everyone’s Awake is a great example of a funny picture book with a modern Black family, and I love Crown: An Ode to the Fresh Cut by Derrick Barnes and Gordon C James. I also highly recommend Hannah Lee and Allen Fatimaharan’s The Rapping Princess. Another book I really enjoyed is One Word From Sophia by Jim Averbeck and Yasmeen Ismail: a fantastically illustrated and warmly written picture book about a resourceful and determined little Black girl and her quest to convince her parents to let her have a pet giraffe.

For those who want funny books I also just read former BookTrust Illustrator-Writer in Residence Nadia Shireen’s new illustrated book for 6-9 year olds, Grimwood, and it made me laugh like crazy. Nadia is HILARIOUS. I’m also a huge fan of Swapna Haddow, and her new book (illustrated by Sheena Dempsey) for 6-9s, Bad Panda, is awesome.

So those are just some off the top of my head – hope you like them!

Find out more about our Writer-Illustrator in Residence

Topics: Writer in Residence, Features, What to Read After, Dapo Adeola