'Habits of noticing': Three ways to watch the seasons change with your child

Change is in the air, says author Melissa Harrison. Autumn is here and it's time to slow down – watch the summer roll out and the new season sink in. The signs are all around in nature, if you know where to look...

Illustration from the front cover of Ash, Oak and Thorn by Melissa Harrison

Nature never stands still, but there are two months in each year when change comes particularly quickly, and they always feel exciting.

In April, spring’s gradual progress towards summer gets briefly turbo-charged, and everything burgeons; in September, the long, slow descent from the climax of July speeds up, as the natural world puts itself to bed, ready to survive the cold weather that winter may bring.

These "shoulder seasons" are times of firsts and lasts, which makes it easy to compare one year with another and tune into the repeated cycle of the year, wherever you live – a vital form of grounding and connection for many people, including me.

It’s why all my books are so strongly governed by the seasons – including my two children’s books, By Ash, Oak and Thorn, set in spring and summer, and By Rowan and Yew, set in autumn and wintertime.

How might you spot that the season is changing?

Watch the different birds in the sky

The autumn migration is an astonishing avian spectacle during which our summer birds fly south and are replaced by species from further north than us, like waxwings and fieldfares. If you often see swallows or house martins in the skies where you live, look out for them each day so you can bid them farewell as the last ones leave for sub-Saharan Africa; in some years they can linger on well into October, and the cold spring we had this year meant that many were late to breed.

Listen at night for the high-pitched, "peeping" cries of large flocks of redwings migrating in from Russia, Iceland and Scandinavia, and see if you can spot this streaky-chested member of the thrush family eating berries in hedgerows and even on supermarket shrubs like pyracanthas and cotoneasters. They’ll stick around until March.

See what the insects are doing

Crickets, which can be heard chirping from long grass and dense vegetation as night falls (particularly in southern parts of the UK), fall silent in autumn as the temperature drops. The adults won’t survive the winter, but the nymphs and eggs will – ready to grow, chirp in turn, and reproduce next summer.

Meanwhile, butterflies like the sulphur-yellow brimstone, small tortoiseshell and comma will start to seek out sheltered, frost-free spots in sheds and garages where they can wait for spring.

Look up at the trees 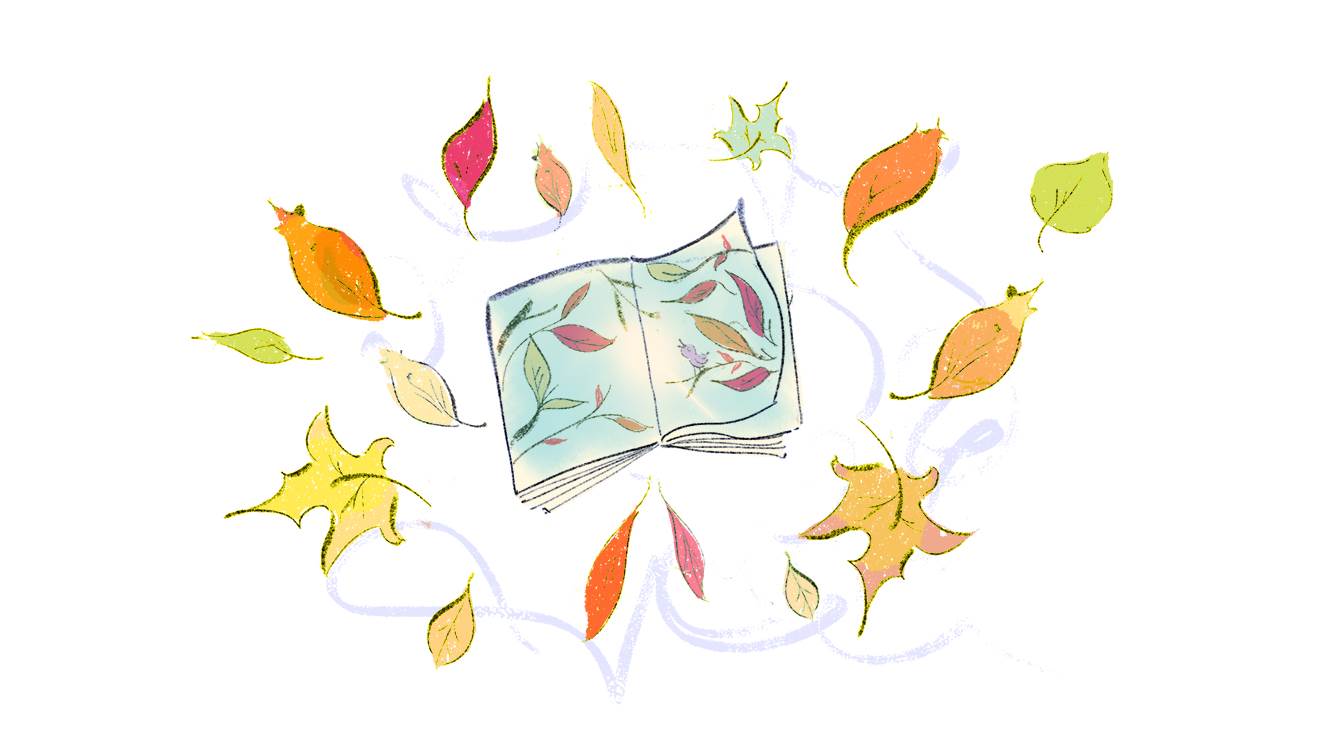 Many plants and trees change dramatically in September, and we’re all used to seeing them turn orange, yellow and red, and eventually fall. Losing their leaves helps protect them from frost damage and gales, as a leafless tree offers less resistance to wind and is harder to blow over.

Because different trees respond differently to the weather, I like to pick one that I can see each day, and note the date of its first, subtle tinting, when it reaches full autumn colours, and when its boughs are bare. And, of course, the first ripe conkers are always cause for celebration – I can’t help but fill my pockets with them when I’m out on a walk!

Create a habit of noticing

Understanding how and why each season of the year differs from the others, and seeing, smelling and hearing the places you love change throughout the year – these things connect us to something ancient and important and create habits of noticing that can enrich our entire lives.

This autumn, take a moment to notice the changes happening all around you, and allow yourself a moment of pleasurable anticipation for the new season coming in.

‘These last few days it’s felt like something’s in the air – don’t you think?’ says Sorrel, one of the Hidden Folk whose story I tell in By Rowan and Yew. ‘I can’t quite put my finger on it. Maybe it’s just the conkers, and the colder evenings.’

Like all wild creatures, the Hidden Folk can sense the turning of the seasons, just as ladybirds know when to hibernate, and frogs know when to breed.

‘I know what you mean,’ said Moss. ‘And I don’t think we’re the only ones. Burnet seemed very quiet last night, when we were trapping crickets.’

‘Yes,’ said Sorrel thoughtfully. ‘I think we’re all feeling the same, even Cumulus. Change is in the air. It’s time.’

By Rowan and Yew is the sequel to Melissa Harrison’s middle-grade nature story, By Ash, Oak and Thorn. Both books are out in paperback now.