Author Patrick Ness shares his tips on how to begin your writing journey. 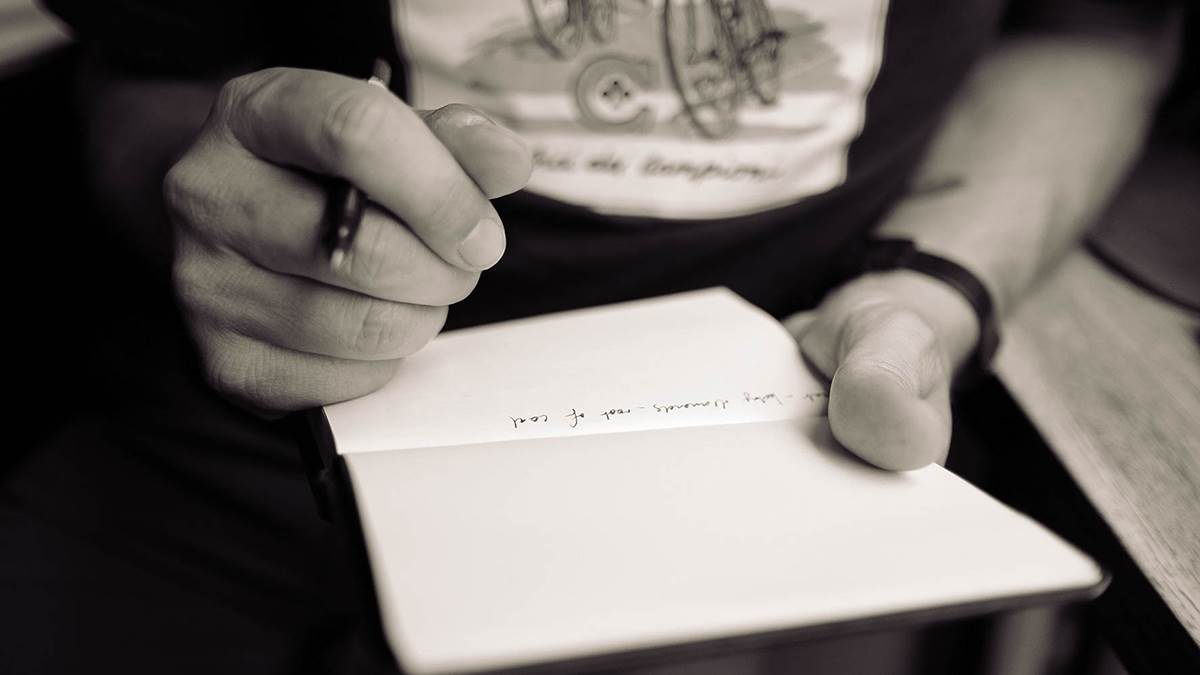 So you're ready to begin.

Are you sure? Here are a few things to ask yourself before you start:

Do I have enough ideas?

Novels, even short stories, eat ideas like forest fires eat trees. If you're setting out on an epic novel with just one idea, you're probably going to peter out. What I do is take an idea that interests me, that I can feel an emotional response to, and then chuck it into my head to stew for a day or a week or a year, and then see if another idea sticks to it.

For The Knife of Never Letting Go, I had an idea about information overload that, surprisingly to me, ended up pairing with another idea I had about how much I never liked talking animals in books because they never seemed real. When I also stirred in an idea about writing in the voice of an illiterate boy, then I finally had enough to start thinking there might be a novel here.

Do you know who you are?

There's no single right way to write a novel as long as you end up with one. The key is knowing who you are.

You begin to see my point. It's very important to play to your strengths, all those things that will reduce your anxiety, and not try to be someone else just because they've got a book written.

Here's how I do it to play to my own strengths:

Where do I start?

Don't be shocked, but how about with page one?

I write my novels in a line from A to Z (not all authors do, you may not), but you've got to start somewhere. Start with your first sentence. Follow it with your second. Before you know it, you'll have your first paragraph and soon your first page and then, guess what? Your first day's writing is done. Now, put it away, live your life, reward yourself, and get back to it tomorrow.

But the key here is that different people write novels differently. I've got a writer friend who thinks his books through for up to a year, detailing everything in his head, then writing it all in a single rush of creativity over the course of a month or two. It's worked well for him; it wouldn't work for me. But we're both right, because we've both published novels.

So, to begin. Prepare yourself, know who you are, and then write those first words.

Congratulations, you're on your way.