Author Patrick Ness explains how too much choice when you're writing can be a problem – and how you can solve it. 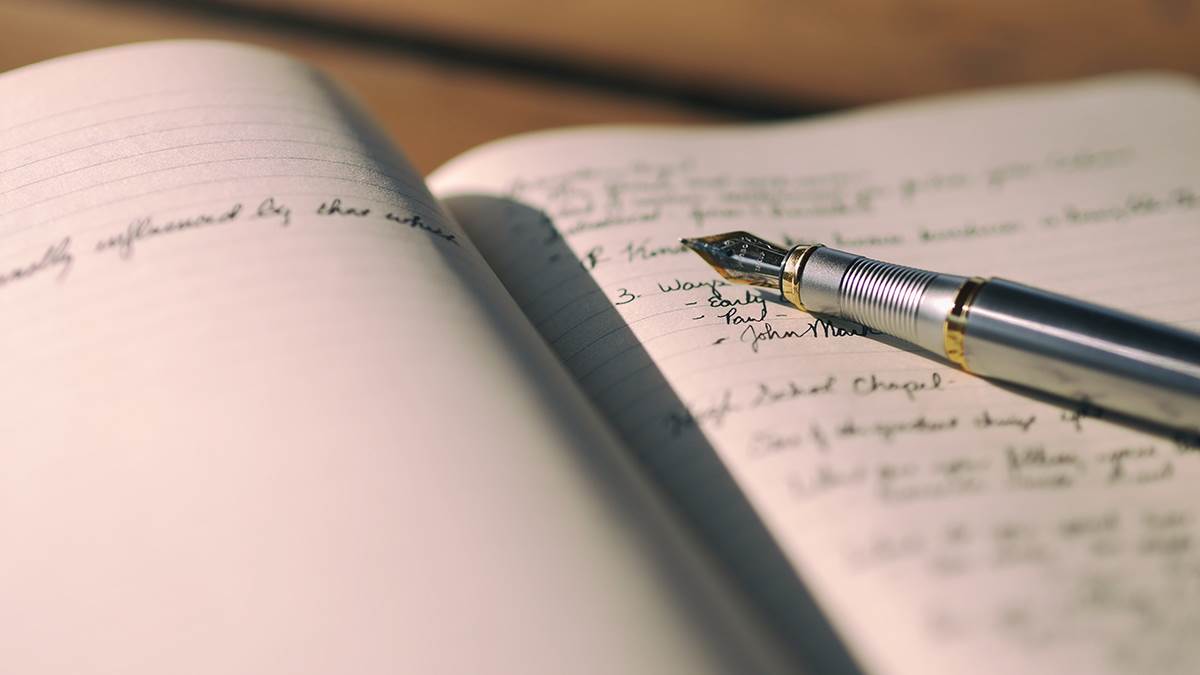 So, how's the writing going? Flowing like the Thames? Yes? No, maybe not.

I've laid out lots of tips so far about starting, but perhaps you've started and are struggling a bit. Maybe you don't know where to go, maybe the book is meandering, maybe it's been so many days of pain and darkness in a row that you're ready to quit.

Have you thought about making it even harder?

I put it to you that choice can become a tyranny. That if everything is available, then it can become near impossible to choose anything.

For example, I buy books far faster than I can read them, and the result is that I've got upward of 200 books waiting on my to-be-read shelf. Can you imagine having to choose one from 200 every time you wanted to read something new? I used to spend hours trying to pick just the right one, until finally I just couldn't take it anymore.

What I do now is write each new title on a separate card, shuffle the pile of cards, and pick one at random. Et voila! The book I'm reading next. It makes for an interesting variety, and each new book kind of feels like a prize I've won.

I freed myself from the tyranny of too much choice. It can be tough to choose between three or four things and extremely difficult to choose from 200. So what happens when you could, almost literally, choose to write about anything for your story? No wonder so many of us grow faint of heart.

Have you thought about setting yourself a limitation, something that curtails the number of choices you can make? This sounds counter-intuitive. Shouldn't we as artists have everything at our fingertips? Well, of course, we should, but choosing what limits to write within is also writing.

I chose to write The Knife of Never Letting Go in first person, present tense. I have heard very stupid people call this "trendy", and these are the sorts of idiots who either don't write or write stuff you definitely don't want to read, so ignore them, they're only trying to drag you down and make your writing worse.

Anyway, the choice of first person, present tense is a limitation. It makes all of the action happen right now, means the characters have no benefit of hindsight, and allows for only the trickiest shifting of timeframes.

But – and here's the key – I found that limitation challenging. And within challenges, I often find my best creativity.

First person, present tense makes exposition harder, for example. Is there ever a good reason for your narrator to stand around in the present tense and talk about stuff he already knows? Not often.

And so my challenge was to have my narrator provide the minimum exposition necessary and let the reader infer the rest. Guess what? This is one thing readers tell me specifically they like about the books, that things get slowly revealed over time rather than in one big info-dump at the beginning. If I'd written in third person and had the whole world of omniscience available to me, I might not have been able to resist the temptation and written a worse book. The limitation – and the way it forced me to find creative solutions within it – made it better.

Every choice you make is a limitation. These are good things! Don't be afraid of them!

Take the short story I wrote for this website. I chose (after initially doing something different) a back-and-forth structure: one timeline telling a present tense building narrative, the other a past tense series of vignettes that had their own emotional arc.

Because I believed the limitation was correct (I chose it, after all), every time I ran up against a difficulty, I was forced to find a creative solution. There was a pacing difficulty, for example, right after the ship crashes. I kept asking myself, how do I do this so that both my timelines get the proper emotional pull that I know is there?

It turns out that one scene (where Viola sees that her mother's pilot's chair has come loose: page 15, if you want to look) wasn't pulling its weight. It worked fine when combined with another scene in my original structure, but in this one, it wasn't doing what I wanted it to. So I was forced to rewrite it, re-weight it, pile it up differently so that it fit within the limitation that I'd set.

And guess what again? It's a better scene. A stronger, more vivid one than the original, not only because it now fits better inside my limitation, but because I had to find a better creative solution to make it so.

Limitations can be big or little

So, are you struggling?

Why not limit your choices a bit? Make a couple of bold choices for the narrative, see what happens. Sometimes they don't work (that's what first drafts are for), but sometimes they can be the key to un-damming that river and letting it flow. A well-chosen limitation can make your story reach even farther. Funny how that works.