What to Read After... The Treehouse books by Terry Denton and Andy Griffiths

Finished the Treehouse series and ready for your next dose of silliness? Here are the books that should be top of your list... 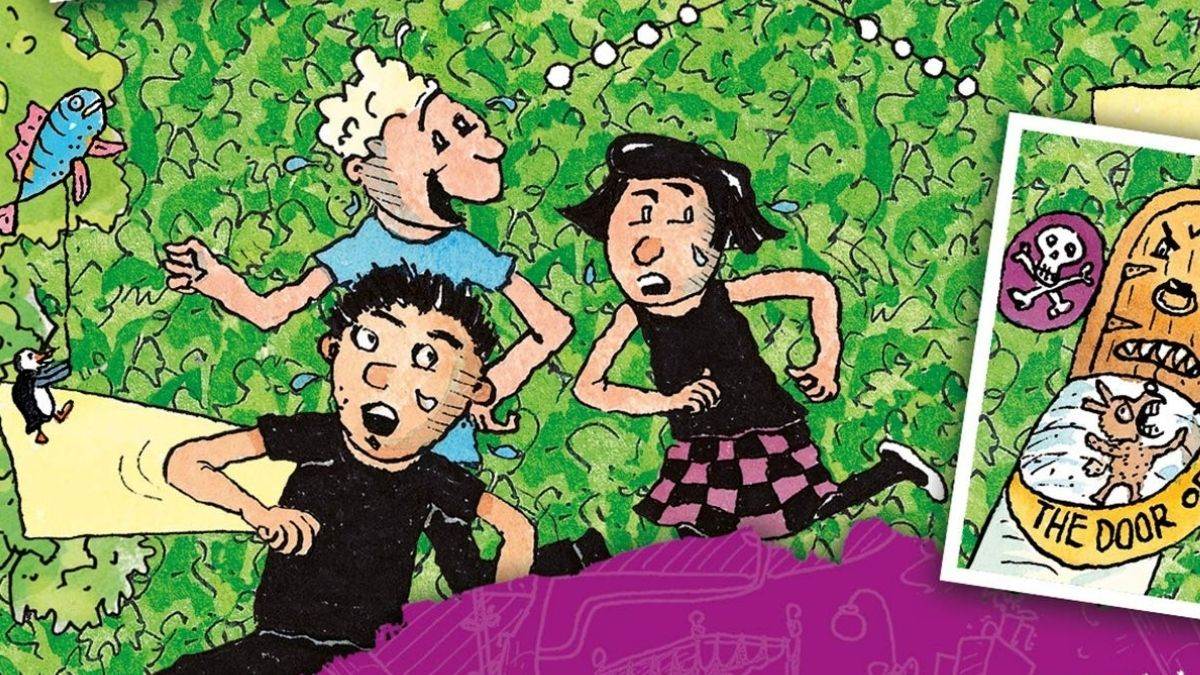 One of the great joys of the Treehouse series is that they are full of anarchic and hilarious illustrations. If your child really loved that – and a book with less text per page – they will love the hilarious Danger is Everywhere series by David O’Doherty and Chris Judge, in which famed Dangerologist Doctor Noel Zone explains why everything in life is hugely dangerous and generally to be avoided. In Loki: A Bad God’s Guide to Being Good Louie Stowell gives us the Norse god Loki in a doodle-filled easy read that is full of jokes and silliness, and in Lincoln Pierce’s Max and the Midnights there’s medieval-themed goings-on in a highly illustrated comic style novel. Books that tickle your funnybone...

For some other brilliant reads for 7-10 year-olds, Simon James Green’s The Sleepover Takeover is a recent and genuinely hilarious release that will appeal to boys and girls, featuring a sleepover that goes horrendously wrong and a cast of characters that modern kids will relate to. In Jen Carney’s Accidental Diary of B.U.G series eleven-year-old Billie Upton Green finds her way through a variety of hilarious and relatable life experiences including her two mums adopting a new baby and the drama of a school musical. Last, Jason Reynolds and Selom Sunu’s Look Both Ways features ten short stories chronicling the events of the walk home from school for ten students of the same school. As ever with Jason Reynolds, these are smart and relatable stories that capture exactly the way older primary school aged children think.

Last, for older readers who loved the Treehouse books’ humour and illustrated style when they were a bit younger, Katie Kirby’s The Catastrophic Friendship Fails of Lottie Brooks uses both to tell a funny story of friendship, starting secondary school, first bras and periods. The Emmie and Friends full colour graphic novel series by Terri Libenson hits the same tween age appeal and is a gentle and humorous series about life, school and friendship. Last, Lize Meddings’ The Sad Ghost Club isn’t a humorous read, but its accessible graphic novel style and theme of shyness is perfect for tweens who like short reads who may be struggling to find their way in the world, especially at school.

What to Read After... Cosmic by Frank Cottrell-Boyce

What to Read After... We're Going on a Bear Hunt by Michael Rosen

What to Read After... Percy Jackson by Rick Riordan

What to read after

We know that children can get hooked on a favourite book series or author and struggle to find something they love as much, but we're here to help.

From Harry Potter to Enid Blyton find out what to read next...