What to Read After... Mog

Judith Kerr's Mog is arguably the best cat in children’s fiction, and certainly one of the most loved. But which other books can you try if your child is a huge Mog the cat fan? Here are loads of suggestions from both us and other families.

Judith Kerr’s Mog has delighted us with her adventures across 17 different books: from 1970 to 2015.

If your little one loves Mog, then here are some other cat-ommendations you might try:

From the front cover of Hair: It's a Family Affair

The Mog books excelled at showing everyday family life. Mylo Freeman’s Hair: It’s a Family Affair is a lovely representation of a modern black family. Mina Javaherbin and Lindsey Yankey’s My Grandma and Me is a delightful book about the loving relationship between granddaughter and grandmother, set in Iran, and Jenny Duke’s Where Did You Go Today? features a dad taking his little girl to the park, where she imagines all manner of adventures. 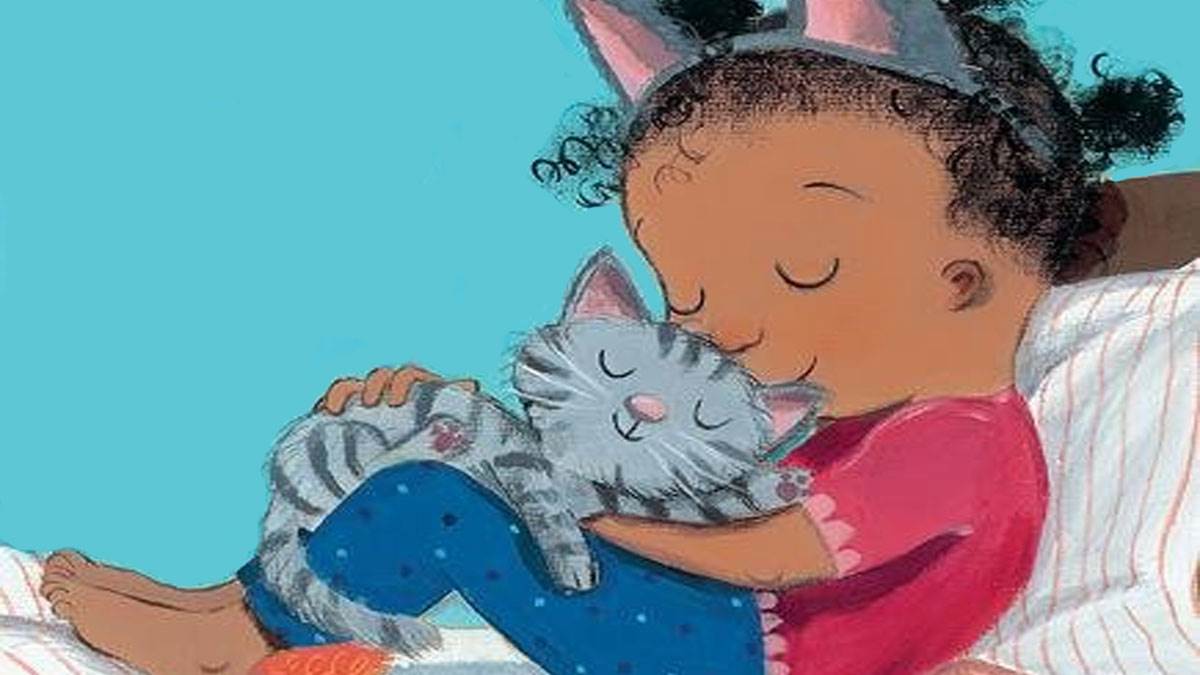 From the front cover of Lulu Gets a Cat

Lulu Gets A Cat is one of the Lulu series by Anna McQuinn and Rosalind Beardshaw, which excel in depicting everyday experiences for little ones. In this book, Lulu gets everything ready at home for her new pet, which her mummy adopts from the cat shelter.

For other cat-themed picture books

From the front cover of The Pawed Piper

Try the offbeat Doodle Cat books by Kat Patrick and Lauren Farrell, Flat Cat by Hiawyn Oram and Gwen Millward, in which an apartment-bound cat finds his freedom, Sue Hendra’s anarchic Keith the Cat with the Magic Hat, or the adorable The Pawed Piper by Michelle Robinson and Chinlun Lee, in which a little girl adopts rather a lot of neighbourhood cats. 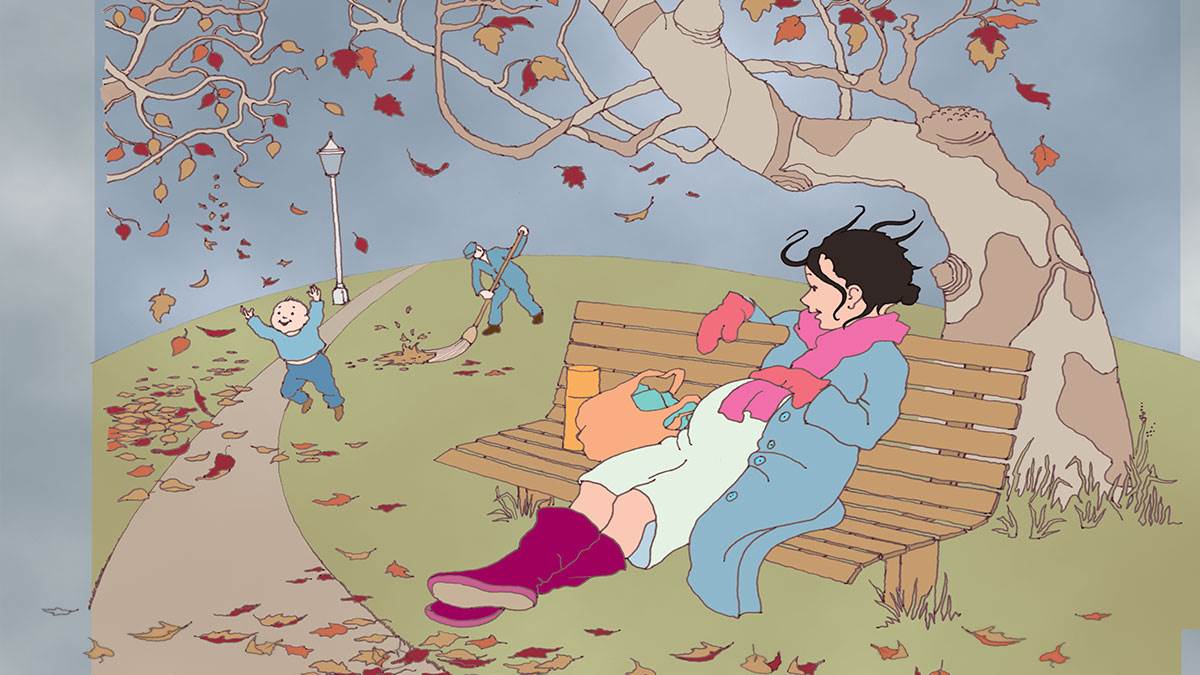 From inside There's Going to Be a Baby

Judith Kerr was awarded our Lifetime Achievement Award in 2016 for her huge contribution to children's books and childhoods everywhere.

In 2018, we awarded the prize jointly to John Burningham and Helen Oxenbury. Try John Burningham's Come Away From the Water, Shirley, Picnic and The Way To The Zoo, or Helen Oxenbury’s So Much with Trish Cooke or There’s Going to Be a Baby (for households where new siblings are imminent)!

From the front cover of Super Cats

Gwyneth Rees and Becka Moor’s accessible adventure Super Cats is full of action; Malorie Blackman’s early reader Ellie and the Cat tells the story of a magical cat-human body swap; and Sue Mongredien and Kate Pankhurst’s fun and silly Captain Cat and the Treasure Map will delight with plenty of puns, silly names and pirate adventure.

We knew Mog was popular and you didn't disappoint! Thanks to everyone out there who passed on their brilliant tips to other parents and carers. Here's what you came up with...

For a different Mog (but you still get a cat) 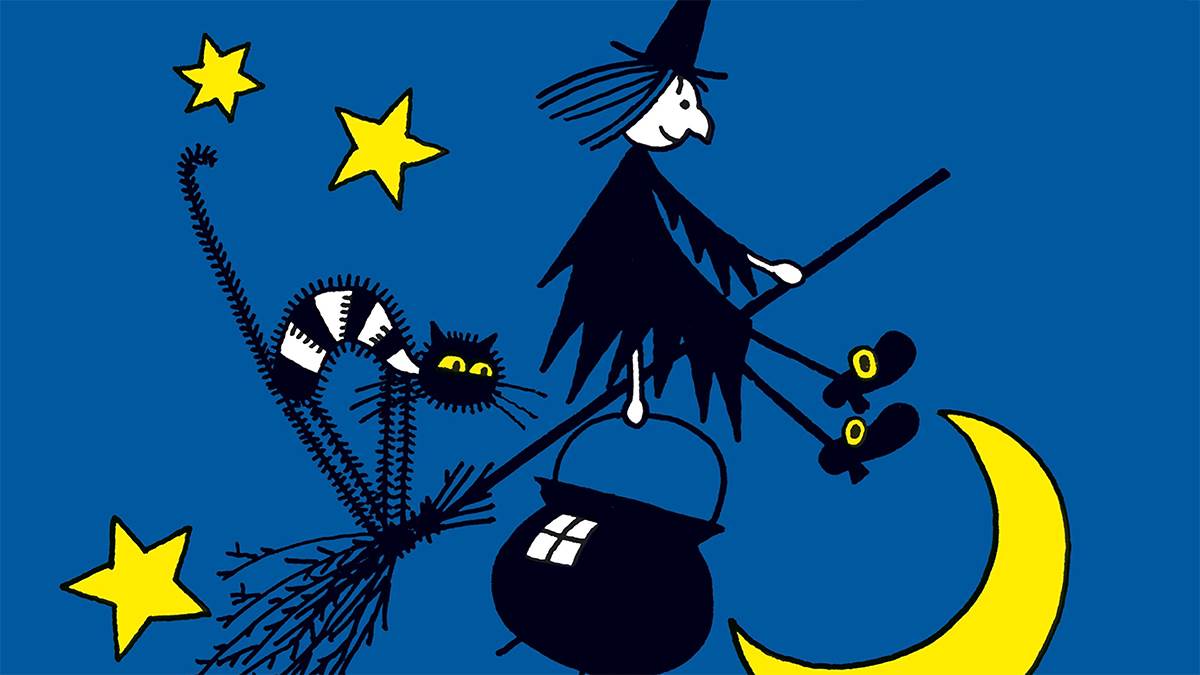 From the front cover of Meg and Mog by Helen Nicholl, illustrated by Jan Pieńkowski

We recommended a few books by fellow BookTrust Lifetime Achievement winners, but we didn't mention Jan Pieńkowski – a big mistake, which some of you were quick to correct! As you rightly say, the Meg and Mog books (written by Helen Nicholl, illustrated by Jan Pieńkowski) are just perfect for this age group...

On Instagram, @mos_liz said: 'I used to love Meg & Mog! Different Mog, but great books. I loved the illustrations.' Quick to agree was @thesurprisedmum, who carried on the witchy theme, too: 'The Winnie the Witch series and the Meg and Mog series are good for young cat fans.'

For when your child just wants ALL THE CATS

Cats, cats, glorious cats! Can't get enough of our furry, purry friends? Well, absolutely LOADS of you sung the praises of the Slinky Malinki adventures by Lynley Dodd – so be sure to check this fan favourite out.

Another cat book that got a lot of love was Six Dinner Sid by Inga Moore. Why? Well, @TMUpchurch said it 'sums up cats perfectly' and we happen to agree!

There was also applause (or should that be "app-paws") for Orlando the Marmalade Cat by Kathleen Hale. 'Such wonderful stories and illustrations' said @AnnaFargher (who then gave us the ginger cat emoji, so she's our new favourite person). Talking of gingerness, @downshayfarm got us wanting some serious strokes by reminiscing on Orlando: 'I love the colours in his fur.' Awww...

From the front cover of Ursula Moray Williams’ Gobbolino

Orlando got another look-in from @katyataylor, who also had these other suggestions: 'Barbara Sleigh’s Carbonel series, Ursula Moray Williams’ Gobbolino, the Witch´s Cat... all childhood favourites.' Actually, @TMUpchurch  picked up on the Carbonel trilogy, too –  '...because who doesn't love a talking cat whom you can only hear when clutching a broom that, we fear, is about to lose its last bristle?' Well. Quite.

For a dose of extra silliness, @DebbyEndsWithY reported: 'I love Red Cat, Blue Cat by @JenEDesmondArt! It really captures the ridiculousness of cats!'

On the older end of the spectrum, @BiddyBoo3 said: '...there's Warrior Cats [and] The Time Travelling Cat, but my favorite is The Amazing Maurice [by Stephen Briggs and Terry Pratchett].' Meanwhile, @catlilycooks had 'very fond memories of Paul Gallico’s Jennie. I also love Sampson, the cat in The Church Mice series [by Graham Oakley]. One of my son’s favourite cat stories is The Baker’s Cat in Joan Aiken’s A Necklace of Raindrops (illustrated by Jan Pieńkowski).'

We also discovered (after it was nominated by @OrendaBooks) that S F Said's Varjak Paw was named after his own cat, 'whose adventures inspired the book'! As for the author, he personally vouched for The Cat In the Hat by Dr Seuss: '...that's the first book I can remember reading. So it's really the book that made me a reader!'

Other suggestions that came in, which we heartily endorse, are Superkitty, Sammy Claws The Christmas Cat and The Magical Journeys of Swanky Pants [by Diana C Vickery].

For other animal fun

If your child loves cats, then chances are they'll also love other animal characters, too! In fact, the lovably mischievous Hairy Maclary dog was a massively popular choice. If you haven't read the Hairy Maclary books by Lynley Dodd, you're in for a treat.

Read along with our interactive version online

We'll also leave you in the capable hands of @only.everything, who said: 'Anything by Anna Kemp but especially Rhinos Don’t Eat Pancakes and Dogs Don’t Do Ballet [both illustrated by Sara Ogilvie].'

Illustration by Judith Kerr from The Tiger Who Came to Tea

Of course, if you want an even BIGGER cat from the amazing Judith Kerr, then turn to another of her timeless classics. As @playtimeatlacehill says: 'We love Mog! We also love The Tiger Who Came To Tea! I feel we really have an ongoing theme at bedtime in our house!'

Thank you so much to everyone who got in touch with us. We had so many responses that we couldn't include them all, but do check out the #WhatToReadAfter hashtag on Twitter for lots of other ideas.

Topics: Animals, Features, What to Read After