Books about war for older readers, picked by Michael Rosen

Knowing how to talk about war with children isn't easy. Our Writer in Residence Michael Rosen shares some of the books which might help slightly older readers understand conflict and process their own feelings about what they read and see. 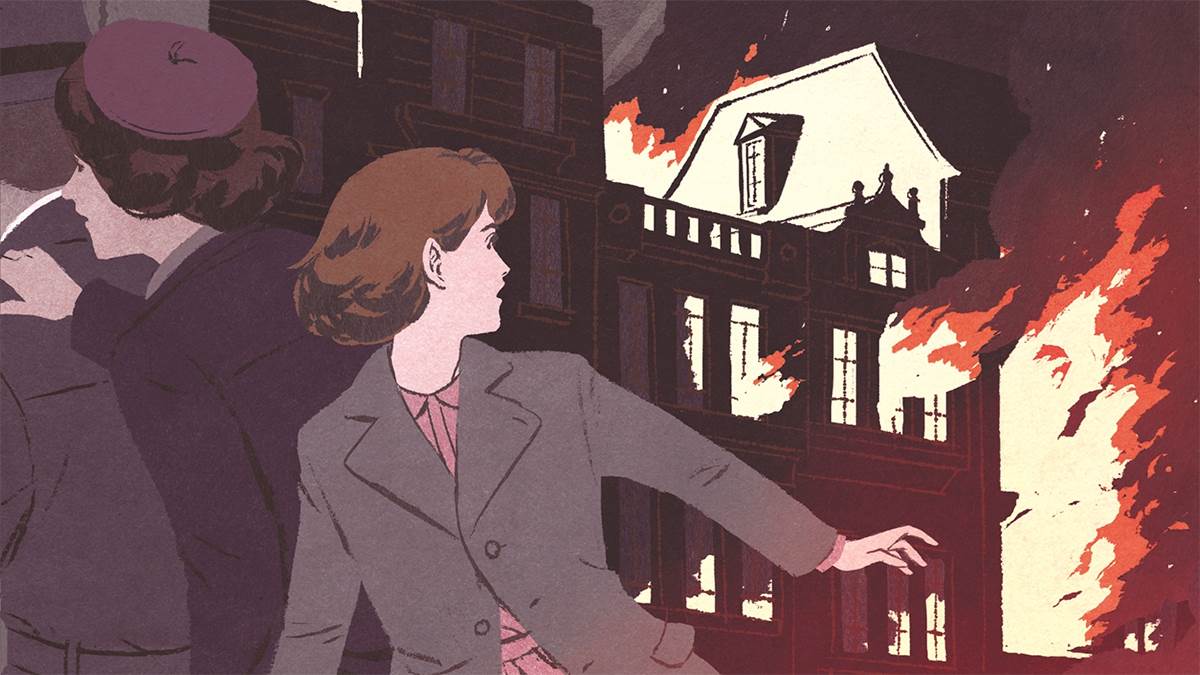 Books are great ways for helping us think and talk about things. They put in front of us scenarios in which people's motives, actions and the consequences that come from those actions are played out. We might sympathise with this or that character and even sometimes find our sympathies challenged. This is great both for a debate you can have with yourself or with someone else. It also invites us into asking questions about how we might have behaved in similar situations. That's a challenge too!

I think I would make another point: reading isn't as passive as some people say. I think reading is an active thing to do, where we imagine the scenes and actions of the people. Then, when we put a book down, we take our feelings and thoughts of that book into real life or indeed, if we're watching the News.

Books help us be more responsive and active in our ways of thinking and talking about what we see on the News. I think that's a good thing.

Some of these books are out of print so would have to be bought second hand or found in libraries, but most are widely available, and all of them are, in some way, about real wars and conflicts.

Now widely regarded as one of the most important pieces of historical literature of all time, Anne Frank’s diary is a poignant and powerful insight into the life of a child in hiding from the Nazi occupation.

Now he’s a teenager, Julian wants to hear the details of what happened to Grandmère during her childhood in France in World War Two. A compelling graphic novel about courage in adversity, and how kindness and humanity can overcome evil.

Inspired by Nina Bawden's own experiences of living as an evacuee in a Welsh mining valley as a child, Carrie's War is now considered a modern classic. Funny, sad and thought-provoking.

This focused and lively retelling retains all of Gulliver's adventures, remaining true to the spirit of the original but adding a modern-day pacing and clarity.

The story of Sami, a Syrian boy who is forced to leave his home with nothing when war strikes.

During World War II, an Anglo-Indian refugee is offered a deal by a ghostly child: her mother’s life in exchange for three truths.

There is a lot packed into this beautifully written historical mysery tale, which provides a fascinating insight into what life was like in the 1920s. It explores a range of topics, including the suffrage movement, workers’ rights, the education system, and the devastating after-effects of war.

Clarry and Peter love spending their summers in Cornwall with their cousin Rupert, but how will things change when he enlists for the First World War? A hugely evocative, powerful and impressive story.

A fascinating family memoir and a very personal story about terrible loss, The Missing describes the impact of the Holocaust on one family, which provides a relatable pathway into this overwhelming event for young readers.

The Missing: The True Story of My Family in World War II by Michael Rosen

It's the Second World War and while everyone else is evacuated to the countryside, 12-year-old Joseph ends up in the city with a woman who owns a zoo. A beautifully written historical adventure story, which will take readers on an emotional and exciting journey.

William Grill’s stunning depiction of a deeply inspiring story of kindness and bravery might be his best book yet. It tells the remarkable story of one of the bravest escape missions in history: a man who tried to move an entire elephant sanctuary and its workers through Myanmar and out of a war zone.

Leo and his best friend often feel like the odd ones out at school and in the small village they live in, where everyone else is white. Another sensitive, thoughtful book from Onjali Q. Raúf that highlights racism and bullying in children’s lives today.

Jack’s favourite things are his dog, Finn, and playing war-themed videogames with his dad, who’s an army reservist. He’s excited about the school trip to Normandy and the class project on World War II. War and being a soldier seem like really exciting things. As the class begins the research for their project, though, Jack’s perceptions are questioned at every turn.

This is the incredible true story of Noor Inayat Khan, a Muslim woman who spied for Britain during the Second World War. Noor is written by Sufiya Ahmed as a brave and fiercely impassioned young woman, painting her life with meticulous detail and a realistic first person voice.

Leonard is a little boy who travels with his mother from Jamaica to England after the Second World War. Benjamin Zephaniah shares his story right up to 2018 and the Windrush scandal - when Leonard, as an old man, is denied citizenship in the country he has lived in his entire life.

This is the story about how four classmates have a massive impact on the life of Ahmet, a boy that comes to their school as a refugee from Syria. An inspiring and sweet tale that should help children be the best they can be and realise the power of kindness.

Morris Gleitzman brings heart and humour to the difficult subject of the Holocaust in this ground-breaking children's book.

It's 1991 in Iraq and Ali wants to play football with his friends, read his comics and enjoy American television - but after President Saddam Hussein invades Kuwait, he and his family are thrust into war. An important read based on the co-author's real experiences.

Explore our booklists for more books aimed at children of all ages which look at the issues of war, conflict, and refugee experiences.

Talking about war and conflict

It can be hard to know how to talk to young people about conflict, but these books could help to spark discussions about war and its consequences.

Since asylum can be a confusing issue for children (and even adults), here are some books that explore what it really means to flee your home and have to start your life over.

Since asylum can be a confusing issue for children (and even adults), here are some books that explore what it really means to flee your home and have to start your life over.