All the Nonsense in my Teeth: The tantrum-free guide to getting little ones to brush their teeth

If you've ever tried to convince a child to brush their teeth when they don't want to, you'll know that trying to reason with them just won't work - but Mike Henson's promise of a story as a reward helps his own children keep to a routine! Check out his toothbrushing tips below...

At times, being a parent is like trying to negotiate world peace – especially when you’re trying to persuade young children to stop doing the thing that they want to do, in order to do something that they don’t want to do. And the reality is, logic and reason often don’t work. If you’ve ever tried reasoning with a young child, you’ll know exactly what I mean. Much more effective, although never guaranteed, is well-wielded imagination and the power of a good story.

Now I’m certainly not the perfect parent or an expert in this field – more like an enthusiastic amateur or novice in training, as are most of us – but I thought I’d try to conjure up a list of things that do seem to work some of the time. So here are my top tips for how to get your children to brush their teeth!

We’re all creatures of habit to some extent, whether we deliberately choose to cultivate our habits, or they just happen to us whilst we’re not looking. For us, as a family, we’ve chosen to encourage a regular bedtime routine. So, every evening, in no specific order, our 3 monkeys tidy their bedrooms, put on their pyjamas, brush their teeth, go to the toilet, and then finish the day with a bedtime story. When they were younger, we had to direct every step and regularly intervened to keep the ship from going wildly off course. But over time, the 3 of them have learnt the routine and so know what is expected of them.

Admittedly, this doesn’t always happen without complaint, but the fact that we’ve set the precedent has been very helpful – for us and for them.

There can also be something very calming about routine – no surprises or excitement – which is exactly what’s needed for that gentle nudge towards sleep.

Zooming in on the actual experience of teeth brushing, there’s a lot to think about. Regarding toothpaste choices – once you’ve navigated the complex array of age-appropriate paste options, my observation isn’t rocket science – if children don’t like the taste, then getting them to brush their teeth will be trickier. But there is a veritable sweet shop of flavour options available, so if you can avoid a flavour war, why not?

As for toothbrushes - in the past we did buy some of those colourful toothbrushes that look like toys, but I don’t know if they’ve really contributed significantly to our children’s acceptance of the whole tooth-brushing-situation. Plus, on the grounds of conscience, we did adopt the use of more eco-friendly bamboo toothbrushes a while ago. Our children have gotten used to those and there now seems little point in reverting back.

As Mary P. Insists, “A spoon full of sugar helps the medicine go down”. I’m not sure that’s the healthiest advice when referencing dental hygiene – but I think we all know where she’s coming from.

Sometimes a dose of silliness or some imaginative play is more effective than barked orders.

But, let me caveat this dangerous advice – as experience has demonstrated to me, wielding that wand does require high levels of skill. My wife has often had to point out to me that hyping the children up at bedtime doesn’t exactly settle them down to get ready to sleep. So as the mature adult in the room, my advice is “don’t get carried away”! Temper the nonsense to suit the occasion.

One night, I overheard my wife listing off an imagined inventory of debris that she was dislodging from my youngest’s teeth, as she brushed them.  “Oh, here’s some peas – and a bit of cereal – and that chocolate you ate!” and so on.

My youngest was not complaining – she was enjoying the absurdity – which is always helpful when she’s being prodded by a toothbrush. I think that this is a perfect example of this kind of magic in action. And being the involved dad that I am, watching from the side-line, I thought, “That’d make a perfect picture book – All the Nonsense in My Teeth has a ring to it” (well – it’s best to pin down inspiration when it strikes!).

It’s about engaging with your child at their level. Turning tidying up into a game or brushing teeth into a story. That’s me on a good day. On other days, when my brain is too exhausted to dream up creative solutions, I do tend to resort to the next point…

We all know it’s true – it’s much easier to do something you don’t want to do, if you know that something you do want as waiting for you at the end of the slog. It’s also a well-known marker of maturity – the ability to delay gratification. So, bedtime offers yet another opportunity to nurture this important discipline in our children.

For us as a family, the main incentive for tidying rooms and brushing teeth, is the reward of a story at the end of it all.

And there are several reasons why we’ve chosen to enshrine bedtime stories as sacred. It seems right to end the day on a positive – and the positive here is not just the story itself, but the time spent snuggled up, experiencing it together. It’s about making memories and reinforcing positive family associations, all in the hope that this will do us all good now and in the future. Studies have also shown that reading before bed often encourages a good night’s sleep – so much better than a phone screen (and sleeping children are a win-win for tired parents!).

Practically speaking, the promised reward becomes the oft-used reminder to keep progress on track. I find myself repeating “The sooner we finish tidying up and brush our teeth, the sooner we’ll be able to do stories”. And, in all honesty, stories are also my incentive. They’re like an anchor point in the day. And on those days when I’ve been particularly ratty – it’s an opportunity to say “sorry” and to put things right. 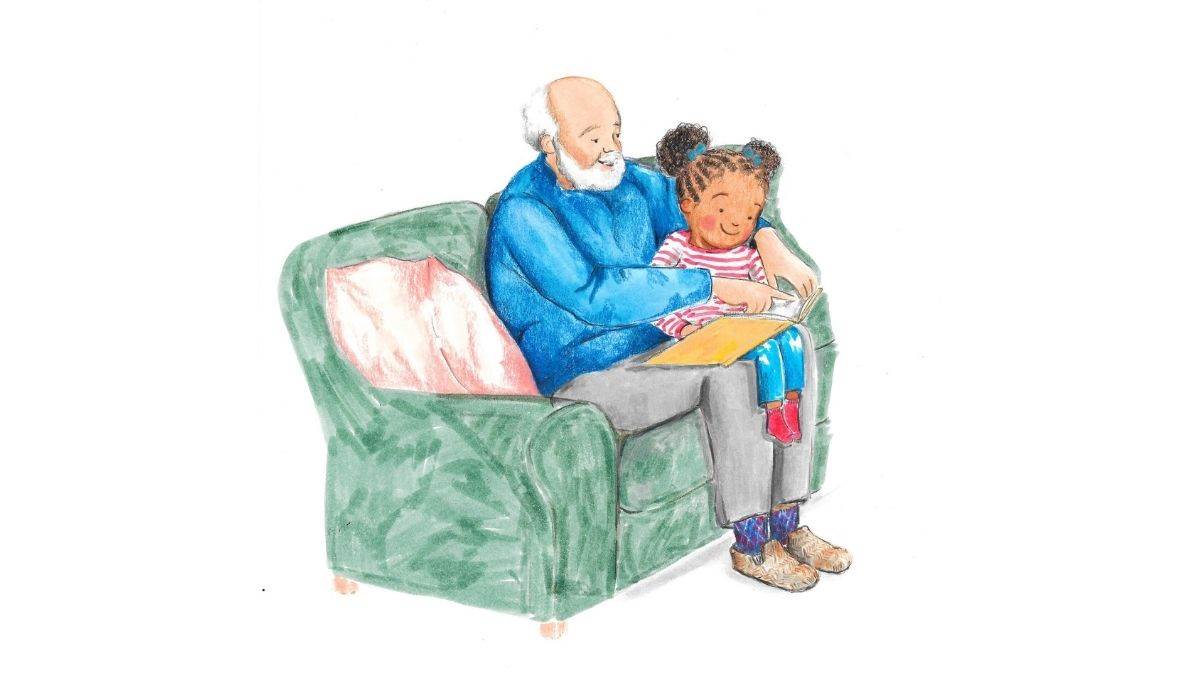 So, there you have it – the advice of one novice to another. I’m not convinced that there is a magic formula for many of parenting’s challenges. It’s a character forming work – figuring out what you think is important and then, often through a process of trial and error, muddling your way through, with those things as your guide.