"Finding ourselves in books is one of the most important things." Me, My Dad and the End of the Rainbow author Benjamin Dean shares his top LGBTQ+ books.

Benjamin Dean and his book Me, My Dad and the End of the Rainbow

Finding ourselves in books is one of the most important things when we’re children. It helps us to understand the world a little better, but also provides the comfort that we’re not alone, even if the books we’re finding solace in are set in a fantasy worlds. Over the years, LGBTQ+ stories, and the characters within them, have offered children the chance to see themselves reflected in the books they read, while also providing some incredible adventures to go along on a ride with. Here’s my pick for children’s LGBTQ+ books – I hope you enjoy them as much as I did!

Anything with Sarah Hagger-Holt’s name on, I’m going to pick it up and read without question! I recently finished Proud of Me and I couldn’t put it down. It shines a spotlight on families in all their forms and you can’t help but root for the main characters, Becky and Josh. The best books take you along for the ride as you experience every emotion alongside the characters, and this one will have you smiling, crying and laughing all the way until the end.

Read our review of Nothing Ever Happens Here

This was one of my favourite reads of 2020 and the upcoming sequel, Edge of the Ocean, promises to be just as good. LD expertly creates fantastical new worlds again and again as protagonist Flick jumps in and out of suitcase portals in what has to be one of the most inventive (and fun) ideas in a long time. There are a bunch of LGBTQ+ characters within the pages and proves that LGBTQ+ characters belong in the fantasy genre too.

Read our review of The Strangeworlds Travel Agency

The Murder Most Unladylike series by Robin Stevens 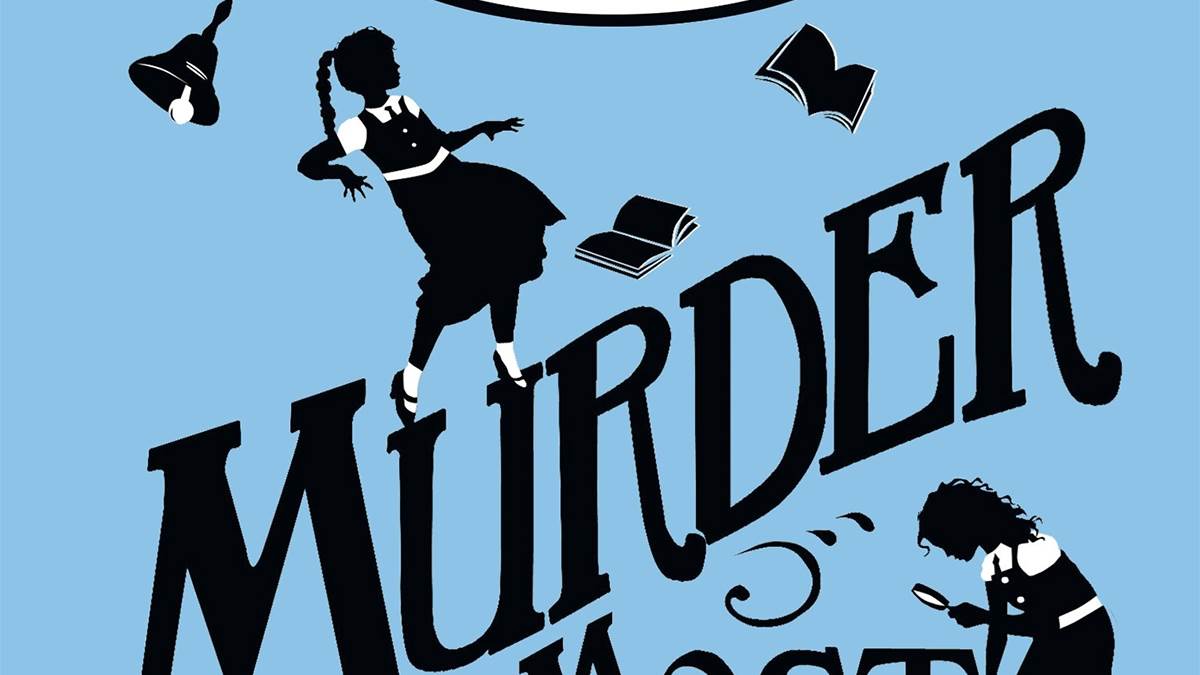 The cover of Murder Most Unladylike

Another highlight of mine has to be the Murder Most Unladylike series by Robin Stevens. The voices of Hazel and Daisy are so entertaining and great at delivering the story as we explore one mystery after another. Daisy’s character development in particular had me cheering and she’s one of the most memorable protagonists I’ve read in a long time.

Read our review of Murder Most Unladylike

Moonchild: Voyage of the Lost and Found by Aisha Bushby

Read our review of Moonchild: Voyage of the Lost and Found

The Girls by Lauren Ace and Jenny Løvlie

Illustration from The Girls by Jenny Løvlie

This gorgeous picture book is an absolute gem, with the cutest illustrations for good measure. It has an array of diverse characters, including LGBTQ+ representation, and it’s definitely something I’d recommend for younger readers — or even older readers, because who doesn’t like adorable pictures with their stories?!

Read our review of The Girls

Julian is a Mermaid by Jessica Love

I don’t have enough words in my vocabulary to describe this book, but it truly is one of a kind. It tells such a beautiful and important story in an accessible way for younger readers, and the illustrations that come with it are truly stunning. In fact, that doesn’t do it justice — at times, they’re truly breathtaking.

Read our review of Julian is a Mermaid

Benjamin Dean is the author of Me, My Dad and the End of the Rainbow. Read our review or follow Benjamin on Twitter.

Explore more of our LGBTQ+ booklists, from picture books to stories for older readers.

It's so important that little ones grow up and see their type of family set-up reflected in the books you share with them. Here's a list of our favourite children's books that show – and celebrate – diverse families. Perfect for babies all the way up to aged five.

Discover a range of books which feature characters who identify as transgender or non-binary, or that explore themes surrounding gender identity.

Teen and YA books with LGBT characters

These books for teens and young adults all feature lesbian, gay, bisexual or transgender characters and relationships.