The Tindims are a mysterious cast of tiny characters who turn human rubbish into treasure! Author Sally Gardner lets us take a peek into the magical world of The Tindims of Rubbish Island, and shares how we can cut down on plastic to help save the planet.

Sally Gardner with illustrator Lydia Corry and two of the Tindims

First, tell us a little about The Tindims of Rubbish Island and how the idea came to you.

The Tindims is about a cast of miniature characters who have lived in secret on Rubbish Island since before the Vikings. As plastic threatens to overwhelm their home, the Tindims make contact with human children for the first time and show them how to transform rubbish into treasure.

The Tindims was an idea that my daughter, Lydia, and I came up with. We had moved to Hastings about two years ago and were very aware of all the rubbish washed up on the beach. The thing that struck me as ridiculous was quite how many plastic water bottles there were. What are we doing putting water into bottles that end up floating around in the sea? Fishes and baby turtles die in them.

Do you think that children today are more aware of issues like pollution and the climate crisis than previous generations?

Yes, I think they are more aware of it, but I don’t think the blame can be laid at the door of their Wendy house and one doesn’t want to give children nightmares.

We want to find a way of empowering children to think about the planet.

Perhaps more than anything their parents could become more aware of all the plastic bits and pieces that they buy for their children. There is endless plastic used and parents do have some agency to say enough is enough.

Sally Gardner and the map of Rubbish Island, illustrated by Lydia Corry

In 1992 28,000 rubber ducks fell into the sea and they are still being washed up in countries all over the world today. There was also a Nike shoe spill in 1990 spilling 60,000 trainers into the ocean. Plastic bottles are a major problem. Baby turtles and little fish can swim into them not knowing they will grow and get stuck which means they die inside the bottle.

Why is it important to write about subjects like this for children? And what’s the best way to approach the subject?

We mustn’t weigh innocent children down. This is not their fault, it’s our problem and I don't want children to go to bed worried sick about the planet they live on. They have quite enough to worry about without me adding to the list.

Lydia and I wanted to encourage conservationists and budding eco-warriors with a good story and fabulous illustrations. We didn’t want to give them a moralist story. Some books hang guilt on the younger generation, but when children smell morals in books, they close off.

What they need is to have a giggle while reading and perhaps by chance the longs legs (adults) might also think about the rubbish they throw away.

Do you have any other favourite children’s books that deal with concepts of pollution or climate change?

The Man Who Planted Trees by Jean Giono is a wonderful book with a simple message of hope and shows the power of someone thinking about other people, not just themselves.

Also; The Little Prince by Antoine de Saint-Exupéry. Although it isn’t exactly to do with climate change it is very much to do with the planet we live on and the Prince’s journey is a very soft and beautiful story to introduce a child to the notion of our planet and its essence to us as human beings.

You are a mother and daughter team - what was it like working together?

I am very lucky to have an exceptionally talented daughter and maybe most mothers think their daughters are exceptionally talented but in this case, I will say no more for I think her work says it all for her. I am lucky to have a very good relationship with all my children and it was an absolute pleasure working on this project with Lydia. I feel immensely proud of what she has been able to achieve. 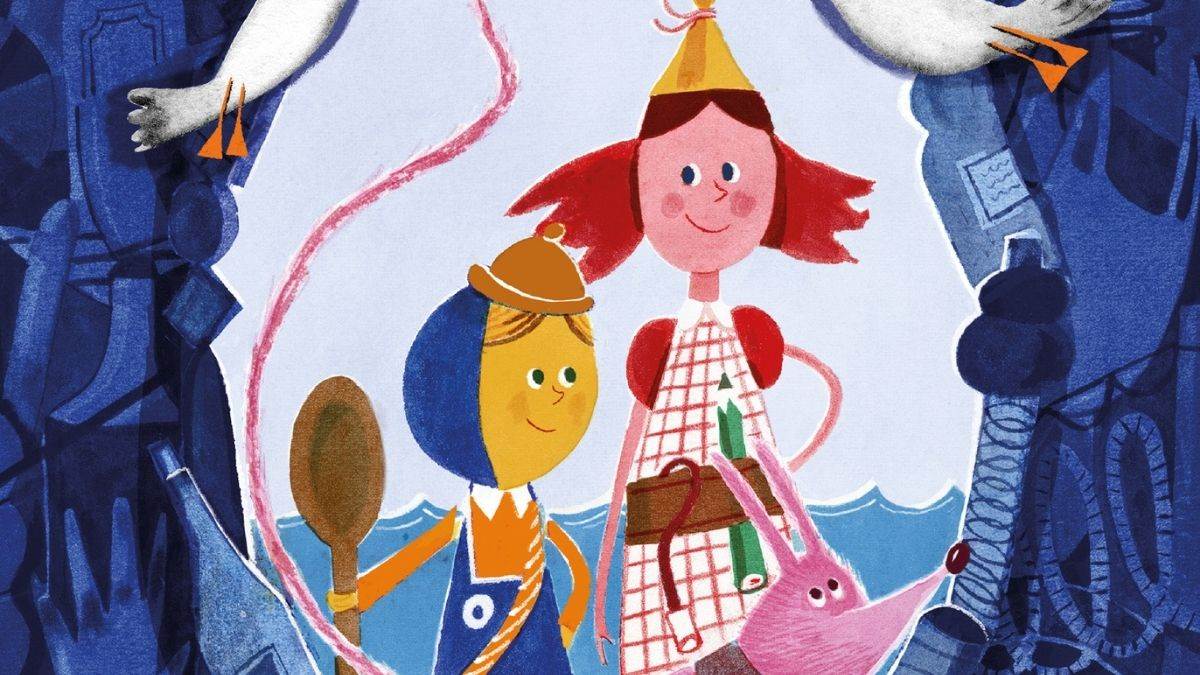 Did the story come first and then the illustrations, or did you create both at the same time?

In my head, even when I did illustration, the story always comes first. I think otherwise you are just doing landscapes. Character and place are at the heart of any story and if you haven’t worked that out there is very little to illustrate.

What’s next for the Tindims?

The Tindims and the Turtle Tangle is book two in the series and publishes on 4 February. On the Tindim’s island home, Bottle Mountain grows worryingly tall with rubbish. So tall that one night it snaps away, taking Broom and Captain Spoons with it. When they land on a palm-fringed beach, they meet a family of ‘Long Legs’ who are helping turtles to lay their eggs safely.  But rubbish threatens to overwhelm this little idyll and entangle the baby turtles. Will the combined efforts of the Tindims and Long Legs free the turtles and save the planet? And will Broom and Captain Spoons ever get back to their home?

Read our review: The Tindims of Rubbish Island

Win the first two books in The Tindims series

From reducing our plastic usage to cutting down on meat, there are lots of ways we can help protect the planet. Here's our pick of some of the best children's books about nature and the environment.

From climate change to animal conservation, these picture books, poetry collections, novels and graphic novels will encourage children and young people to think about and discuss pressing issues about the environment.

From flora- and fauna-themed early learning books to detailed studies of species and habitats, these non-fiction nature books are perfect for any young inquisitive minds.

From climate change to animal conservation, these picture books, poetry collections, novels and graphic novels will encourage children and young people to think about and discuss pressing issues about the environment.