The Smile Shop author Satoshi Kitamura: 'Kindness is probably the most important thing that we can give each other'

It's Kindness Week! We spoke to The Smile Shop author Satoshi Kitamura about the value of kindness, how he tries to infuse his books with it, and the moments of kindness that have touched his life...

This week it's Kindness Week! Why is kindness such an important theme for children's books?
Kindness is probably the most important thing that we can give each other. There are negative qualities among us: selfishness, arrogance, aggressiveness and so on. Kindness is the best reaction to such shortcomings and makes our world a better place to live.

What inspired your picture book The Smile Shop?
Many years ago, I tried to teach myself Spanish. There is a word, 'sonrisa', which means 'smile' in Spanish. I like the sound of the word and somehow, I came up with a new word 'sonrisaria', the shop that sells smiles, like libreria (bookshop) or panaderia (bakery). Of course, there's no such word in Spanish - it was my invention.

I started to imagine a book about a market. A boy walks about, visits shops and tries to find something to buy for himself. In my rough sketch he buys a hat but before he leaves the market he sees a shop with a sign saying 'Sonrisaria' and he goes in. He asks the man at the counter if he could buy a sonrisa but the man says, 'No, sir, a sonrisa is not something you can buy. You can only exchange it and share it with other people.' And the man smiles and the boy smiles, too. Some years later I decided to write and illustrate the book in English.

What was your favourite spread to create in the book?
I lived in London for almost 30 years until I returned to Japan in 2009. I loved London, where people from all over the world lived. Probably it is the most diverse place culturally in the world.

I also liked visiting markets in the city every now and again. Borough Market was the one I liked most. So, with a touch of nostalgia, I wanted to recreate my favourite city in my book. The best spread is the last one where people are dancing and smiling.

The Smile Shop asks whether money makes you happy. Is there more of a need to remind children about this now than in the past, perhaps?
More than ten years ago, I published a book called Millie's Marvellous Hat. When I was working on The Smile Shop, I wasn't aware of it, but when I finished the book I realised these two stories are quite similar.

Millie and the boy in The Smile Shop both find something wonderful because they don't have money. With help from the hat shop man, Millie uses her imagination to create many fantastic hats, while the boy finds a smile from the man at the Smile Shop. The two gentlemen at the shops are both kind to the children.

You can buy 'things' with money but money can't buy kindness. You can only give it and share it. 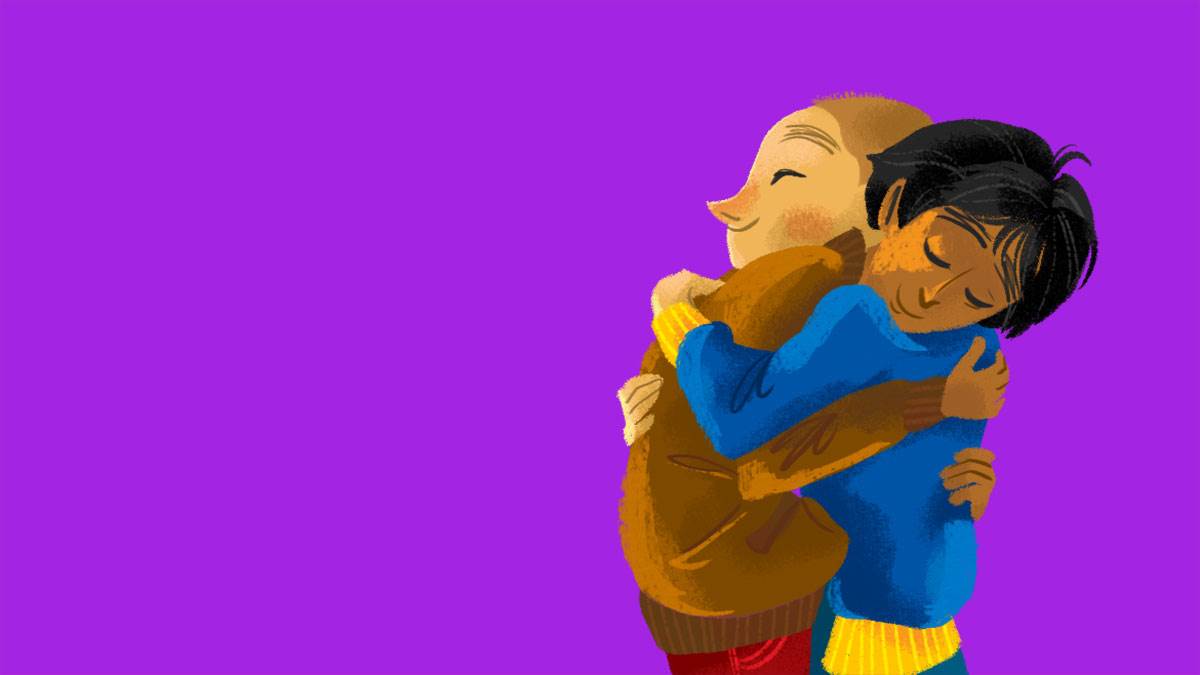 Can you tell us about a memorable time in your childhood – or your life as an adult – when someone's kindness helped you?
In my mid-twenties I went to Spain for the first time, but as soon as I arrived in a city in the south of the country, I got mugged and my passport and a big chunk of money was stolen. I knew I had to go to Madrid, where the Japanese embassy was, so that I could have my passport reissued. So, I spent my remaining money buying a ticket for the night train to Madrid.

By the time I found my train I was exhausted and hungry. I found myself sitting with a young lady and three young soldiers in the same compartment. None of them spoke English and I couldn't speak Spanish. But somehow I understood the young lady was a schoolteacher and her name was Stella.

Later, around midnight, she took out some food from her bag. She put her sandwiches on her lap but before she began to eat, she took half and handed it to me. I hesitated but she insisted. So I thanked her and ate her sandwich which was so delicious.

She must have sensed that I had had a difficult day and was pretty exhausted. At the time I was starting to think that Spain was an awful place to be, but she changed my mind completely. Her kindness made me think positively in spite of the situation I was in.

Early in the morning when the train arrived in Madrid, Stella and I said goodbye, parted and never saw each other again.

And then some years ago in Johannesburg, I was trying to withdraw some money from an ATM in a shopping mall. There was something wrong with the machine and I couldn't get through the transaction. A man behind me tried to help and suggested that I should go back to the beginning and follow the instructions on the screen. And that was what I was trying to do when I realised that the man was no longer there. He had disappeared with my card.

Seeing me in trouble, the guards came and tried to help me but there was not much they could do. Then a young lady who must have been in her late teens stopped and asked me what was wrong. I told her about the incident.

She asked me which bank my card was from. I told her the name of my bank in the UK. She dialled a number and started to talk on her mobile phone. After a while she asked me my nationality. I said I was Japanese. She went on talking to someone at the other end of the line. A few minutes later she handed me her phone and I heard a voice saying 'How can I help you, sir?' in perfect Japanese. I explained what had happened and the man told me the card was cancelled.

I said thank you and returned the phone to her. In the next moment, she was gone. I was amazed to be talking to a Japanese employee of the British bank in the middle of a Johannesburg shopping mall just five minutes after the theft. I was amazed by this unknown lady's super efficiency but above all by her kindness. I regret even now that I didn't ask her name and thank her more. In my mind these two ladies are heroes and will remain so for the rest of my life.

Do you have any other favourite children's books about kindness? What are they?
There are lots of books where kindness plays an important part in the story but the one l like is David McKee's Elmer series. The patchwork elephant is like kindness dressed in humour.

Elmer always helps others and solves problems in such stylish ways with lots of laughter. He is just like David himself. I happen to know the author. David is Elmer without patchwork and a shorter nose.

A captivating and surprising picture book packed with intricate illustrations and a strong message – that kindness is more important than money.

Read more about The Smile Shop

Check out our list of gorgeous books featuring themes of kindness, compassion and empathy.