What to Read After... Dr Seuss

Dr Seuss's classic stories are still so popular, but if you've exhausted his back catalogue, what should you try next? We're here to help... and we want your ideas too!

Dr Seuss published over 60 books during his career, which have spawned numerous adaptations, including 11 television specials, five feature films, a Broadway musical, and four television series. But if you need to move on from The Lorax and The Cat in the Hat, what else might you try?

For books that help us learn about words and rhyme

Quick Quack Quentin by Kes Gray and Jim Field is a picture book that also teaches us about spelling and the sounds of words in a very fun way, while Robin Jacobs and Matthew Hodson's Don't Hug the Pug is a hilarious (and toilet-humour oriented) picture book which uses the words that rhyme with 'pug'.

Alternatively, the rhyming text in Axel Scheffler's Flip Flap Ocean can be cut up and recombined in so many different ways that will amuse kids - and they can create their own mash-up hybrid sea animals too.

For some other great rhyming books 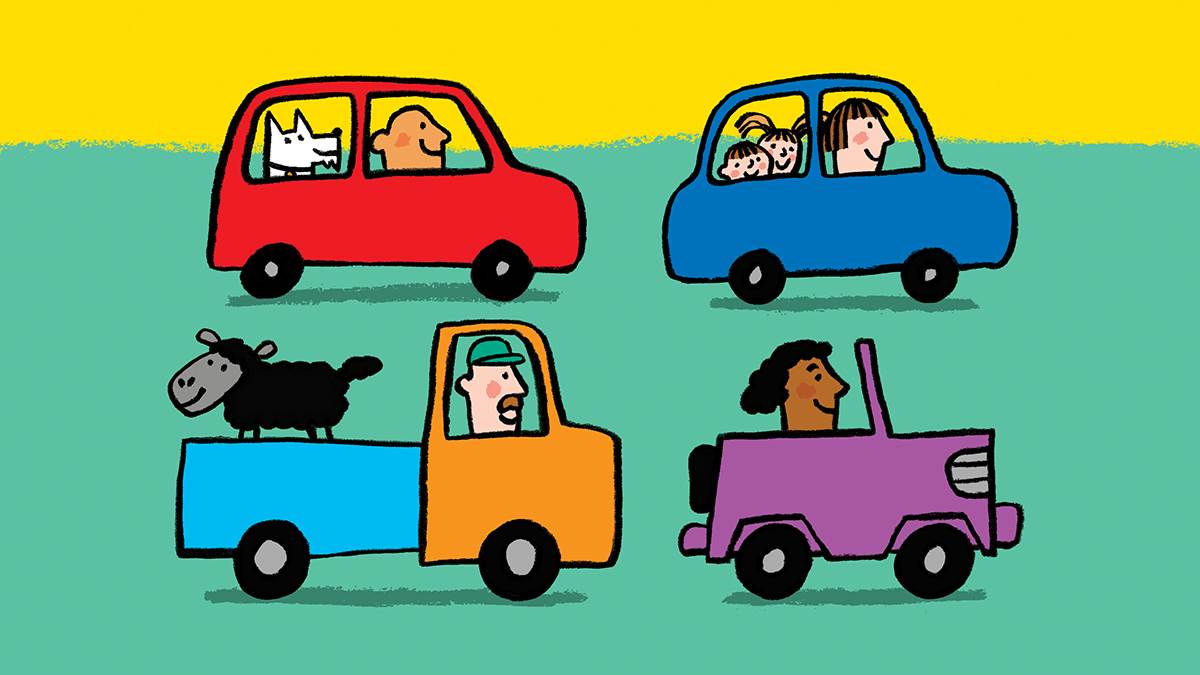 You could try Katrina Charman and Nick Sharratt's bouncy Car, Car, Truck, Jeep, which follows the rhyme of 'Baa, Baa, Black Sheep' with an original twist, perfect for toddlers.

For slightly older readers, Ten Fat Sausages by Tor Freeman and Michelle Robinson adopts another well-known rhyme with hilariously terrible consequences for the unfortunate sausages involved. Alternatively, for a fun picture book about the difficulties of rhyme, Adam Rex's Nothing Rhymes with Orange takes a Seuss-esque approach to the matter with a surprisingly heartfelt outcome.

How the Borks Became

If your kids love the strangeness of the Dr Seuss characters, they might like Garth Jennings and Sara Ogilvie's The Wildest Cowboy, in which Jennings' Seuss-like rhyme tells the story of a distinctly odd cowboy bear.

Elsewhere, Jonathan Emmett and Elys Dolan's How The Borks Became is a bizarre, Seuss-ian (yet strangely sensible) story based on the theory of evolution. And older readers will appreciate Are We There Yet? by Dan Santat, in which a suitably dream-like journey transports a bored child to exotic locations.

Young fans of the repetitive nature of Seuss classics like Green Eggs and Ham will also enjoy Loo Queue by Nicholas Allan, while Annie Kubler's Zoom, Zoom, Zoom! is a perfect baby board book featuring all the alliteration, rhyme and repetition you could ask for.

As always, we asked for your ideas about What to Read After Dr Seuss, and as always, you came up with some wonderful suggestions! Here are some of our favourites:

Do keep sending in your thoughts - we'd love to hear them! Either head into the comments below or get on Twitter or Instagram @BookTrust using the hashtag #WhatToReadAfter.