Michael Rosen is one of the best-known figures in the children's book world, renowned for his work as a poet, performer, broadcaster and scriptwriter. 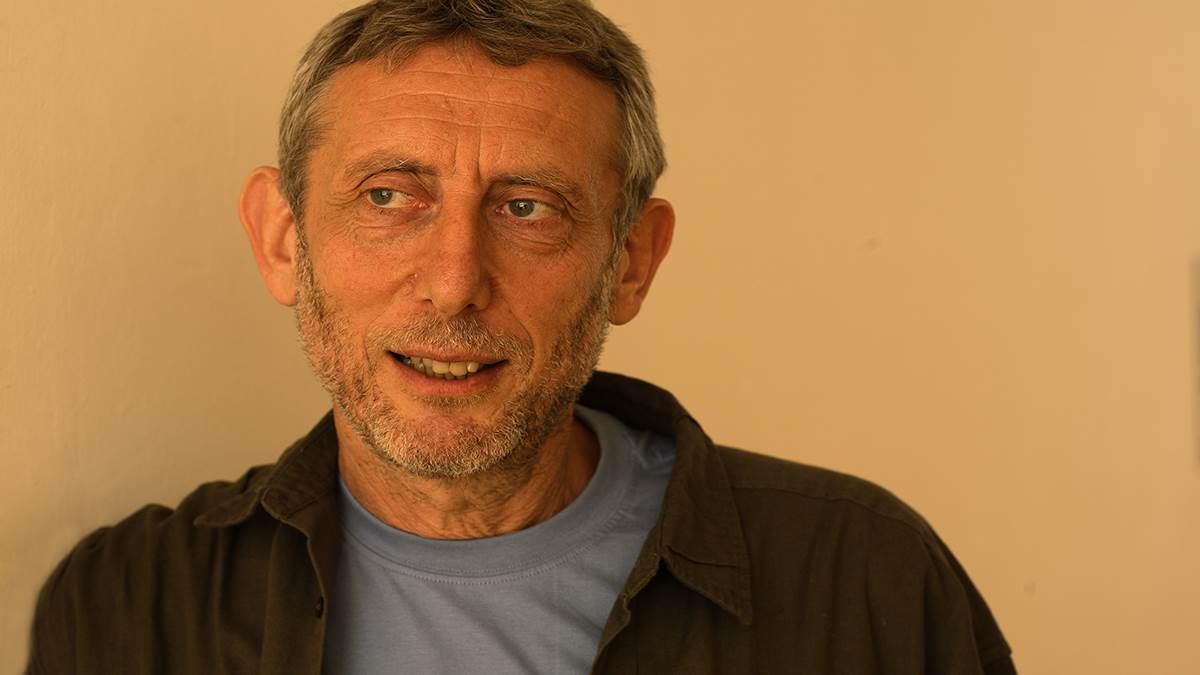 As an author, and by selecting other writers’ works for anthologies, Michael Rosen has been involved with over 140 books. He lectures and teaches in universities on children’s literature, reading and writing. Michael is a familiar voice to BBC listeners and presents Word of Mouth, the magazine programme that looks at the English language and the way we use it.

Michael started writing poetry when he was 12 years old, creating satirical poems about people he knew. By the time he was 16, he was an avid poetry reader.

Most of Michael’s books are considered to be for children but he started his career as a writer with a play, Backbone, that went on to the Royal Court in 1969.

His next stop was the BBC, where he worked on Play School, schools TV and radio dramas until 1972, when he went freelance. He wrote poems about his childhood published in 1974 as Mind Your Own Business. Michael quickly established himself with his collections of humorous verse for children, including Wouldn’t You Like to Know, You Tell Me and Quick Let’s Get Out of Here.

Michael's writing for children appeals to all ages. He writes non-fiction, novels, picture books and retells classics and stories from other cultures, as well as writing poetry. He has won and been shortlisted for many awards.

'Teachers sometimes ask me, "What's the best way to get children writing poems?" One of the first things I suggest is to create a poetry-friendly classroom. It’s about making a classroom a place where poems are welcome. It’s about pleasure, stimulation, feeling, curiosity, wonder and fun and children finding their own voice.'

As a legacy of his time as Children’s Laureate, Michael Rosen developed the Perform-a-Poem website in association with the London Grid for Learning.

Find out how to set up a poetry-friendly classroom

Get inspiring poetry resources for teachers

Some books by Michael Rosen

The subject of bereavement is treated in an unusual way in Michael Rosen's Sad Book, which deals with the death of the author's own son.

We're Going on a Bear Hunt

We're Going on a Bear Hunt

Follow a father and his family as they go out in search of a bear.

Read more about We're Going on a Bear Hunt

As part of his Laureateship, Michael Rosen offered brilliant advice to teachers on bringing poetry to life at school – and encouraged everyone to try putting words together and having fun.

Poetry resources and ideas for teachers

During his time as Children's Laureate, Michael Rosen celebrated poetry and how teachers can best teach it at school – and make it fun. Here are some resources to get you started.