Jacqueline's sensitive understanding of modern children, the way they live and the problems they encounter, together with her sense of humour, have made her an extremely popular author who continues to make it on to the bestsellers' lists. 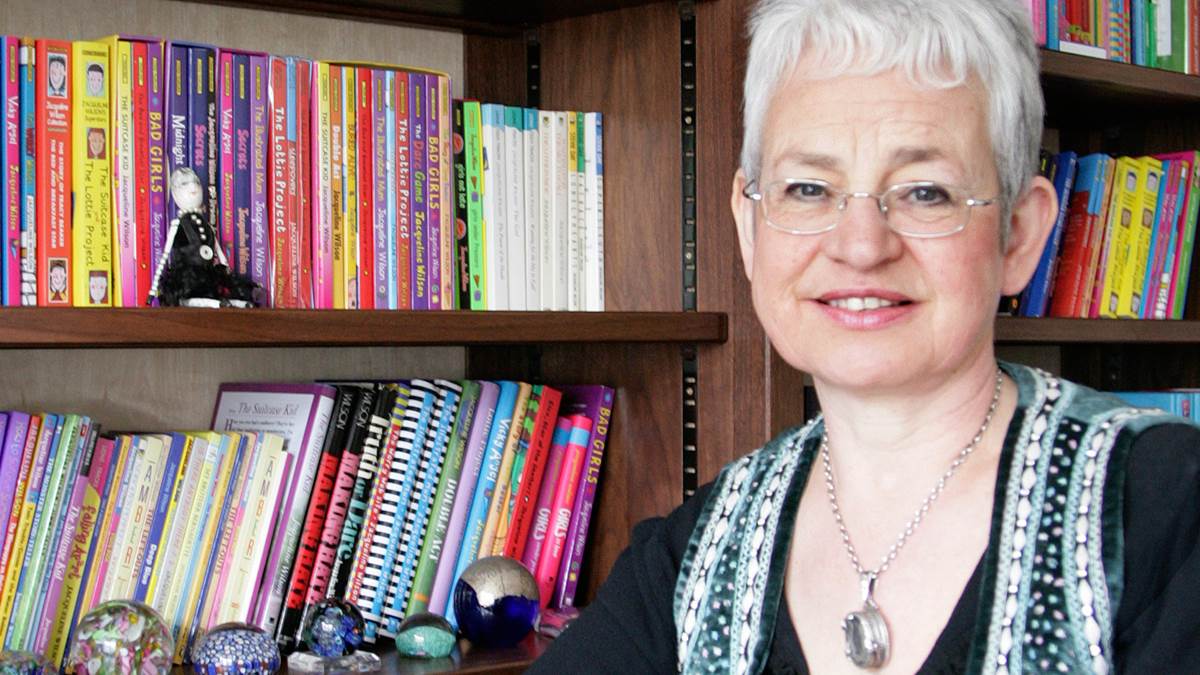 Jacqueline Wilson spent her childhood in Kingston-on-Thames in Surrey, where she still lives today, working full-time as a writer.

However, she did relocate to Dundee to start work as a teenage journalist with D C Thomson, writing for Jackie teenage magazine, which was named after her.

Jacqueline has written many books for children, and her sensitive understanding of modern children, the way they live and the problems they encounter, together with her sense of humour, have made her an extremely popular author, particularly with the 9 to 11 year age range.

She has sold over ten million books, which have been translated into over 30 languages, and at one point in 2000, six of her books were listed among the top ten bestselling children's paperbacks.

Jacqueline Wilson has written readers and books for younger children, as well as radio plays for the BBC. Her series of books for older readers, Girls in Love, Girls Under Pressure, Girls Out Late and Girls in Tears was filmed for ITV television.

She wrote her own screen adaptation of Double Act for Channel 4, which won the Royal TV Society Best Children's Fiction Award.

Her books have also been adapted for radio. Stage adaptations of The Lottie Project and Double Act have toured nationally.

In 2002, Jacqueline Wilson was awarded an OBE for services to literacy in schools.

During her time as Laureate, Jacqueline developed the book Great Books to Read Aloud, encouraging families to read aloud together. This sold over 46,000 copies. Jacqueline said: 'I think it’s the best gift you can give your child. It’s a wonderful way of bonding together and simultaneously entering the magic world of the imagination. It’s the easiest way of making sure your child is hooked on books for life.'

Some books by Jacqueline Wilson

Tracy lives in a children's home but constantly hopes that her absent, glamorous Mum will come and take her away.

Read more about The Story of Tracy Beaker

This is a moving yet unsentimental account of two children coming to terms with their mother’s depression, mental instability and alcohol problem.

Read more about The Illustrated Mum