Author-illustrator Harry Woodgate talks us through representations of the LGBTQ+ community in their childhood, and why they chose to write about queer grandparents in their brilliant picture book Grandad’s Camper.

Illustration from the front cover of Grandad's Camper by Harry Woodgate

There’s a not-entirely-accurate cliché that your university years will be some of the best of your life (a disappointing thought to have peaked so early), and that they’re a chance to "really find yourself" (a thoroughly silly expectation to place on a newly arrived fresher in an out-of-town campus made predominantly of concrete). But what I do believe they can be is a wonderful opportunity to choose your own education – to learn about things you perhaps didn’t have the chance to before.

LGBTQ+ History Month: A look back to Section 28

February is LGBTQ+ History Month, which got me thinking about all the LGBTQ+ history I learned about at school… or didn’t. For lots of queer people who grew up in the long shadow of Section 28, this was often the case (L.D. Lapinski wrote a brilliant article about this for BookTrust last year).

Section 28 banned discussion of anything LGBTQ+ in education, and to illustrate its lasting effects, even though most of my school years came after it was repealed, I still don’t remember seeing many books featuring LGBTQ+ characters and stories until I studied them at university over a decade later! That’s not to say they didn’t exist at all, but building up a substantial and widely accessible array of books takes time.

Thankfully, whilst there’s still a way to go, young readers today have more access to diverse stories than ever before – not only to do with the LGBTQ+ community, but disability, Black history, decolonisation, neurodiversity and many other historically excluded topics. These books are so important because being able to read about a wide range of viewpoints and experiences builds empathy, compassion, and promotes healthy interpersonal relationships.

When kids can see themselves reflected in the pages of a book, the positive impact on their emotional and social wellbeing can be massive. Nobody should have to wait until university to experience that.

This was one of the key inspirations for my debut author-illustrator picture book Grandad’s Camper, a story about a young girl who loves visiting her grandad and listening to all the wonderful adventures he had with his late husband Gramps in their vintage camper van. Now Gramps isn’t around, Grandad has lost his appetite for adventure, but his granddaughter comes up with a plan to cheer him up.

The book began as a university project, and I didn’t set out specifically to write a "queer picture book" – in fact, I was just in a kitsch phase of drawing camper vans and using pastel colours and putting smiley faces on almost everything (the smiley faces never made it to the finished book, on account of them making everything look a bit… well, Teletubbies). However, as the story developed, I realised it was, amongst other things, a tale about love – queer love, unashamed, unquestioned, lifelong.

At the same time, I was working on my dissertation, which explored historic queer representation in illustrated literature from the late 80s to the present day. Two key things I discovered through my research were: ‘there really aren’t many picture books with older members of the LGBTQ+ community, are there?’ (Spoiler… there weren’t) and ‘a lot of these stories present queerness as an obstacle to be overcome, which it isn’t, is it?’ (Spoiler: it’s not).

There’s something so special about the relationship between grandparents and grandchildren, so it was saddening to discover that older queer people were almost invisible in children’s literature.

Whilst coming-out stories and stories that address discrimination are both important, when these comprise the vast majority of available literature, we’re depriving kids of a whole range of other narratives and futures: books where queer characters are allowed to just exist in the same way their cis, straight counterparts are allowed to. Books about going on adventures. Falling in love. Learning things: perseverance; bravery; kindness. Making fart jokes. Et cetera.

Older generations of the LGBTQ+ community went through so many challenges to secure the rights we enjoy today, so I wanted to write something which celebrated them and was about love rather than struggle. Grandad’s Camper is my own small contribution to addressing these things, and I hope it can be enjoyed not only by families who have struggled to find themselves represented in stories, but by families of all shapes and sizes, as well as being a useful book to help children understand grief and the loss of a loved one.

It’s also so wonderful to see it sitting on shelves alongside some truly brilliant LGBTQ+ positive books, including my following recommendations: 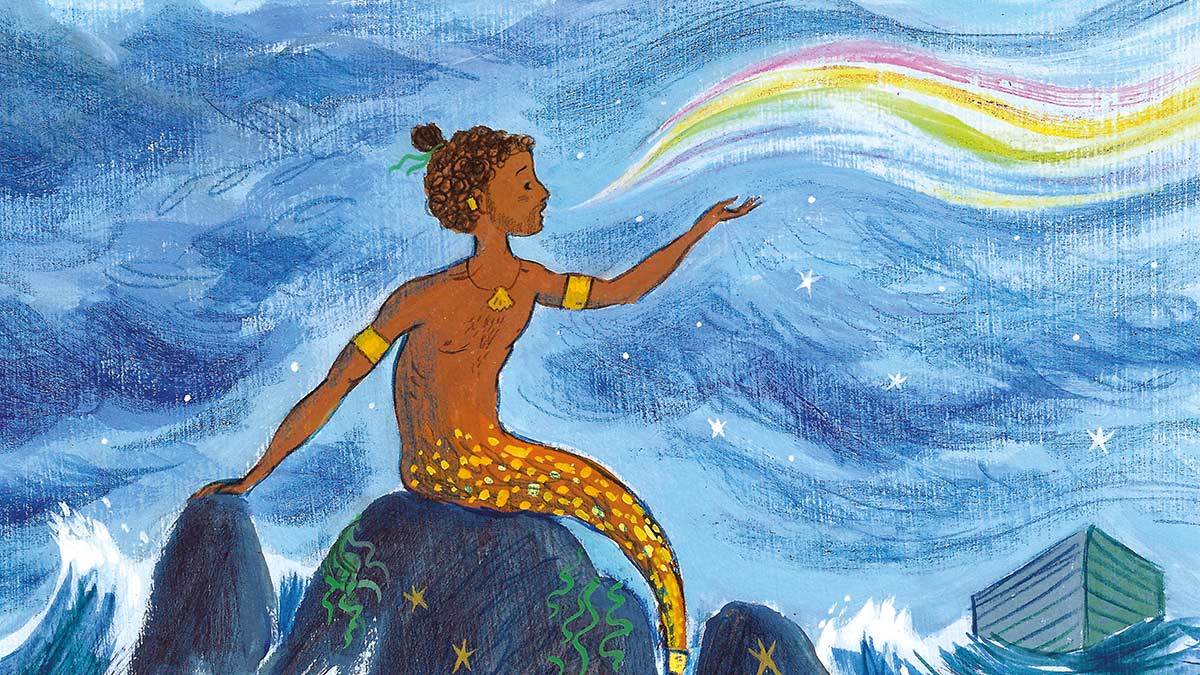 5. Except When They Don’t by Laura Gehl & Joshua Heinsz

6. Two Grooms on a Cake by Rob Sanders & Robbie Cathro

Other books recommended by BookTrust

Looking for a book that shows your child a wide range of families and experiences? You've come to the right place!

It's so important that little ones grow up and see their type of family set-up reflected in the books you share with them. Here's a list of our favourite children's books that show – and celebrate – diverse families. Perfect for babies all the way up to aged five.

Here, we've picked out our favourite middle-grade books which show, and celebrate, LGBTQ+ characters and families.