"In painful times, books can be the greatest comfort": Anne Fine on how reading can help children cope with feelings of grief

How can we help children who have experienced loss navigate their way through such complex feelings? Author Anne Fine shares what she has learned through writing about grief, as well as six books that can help children feel less alone during difficult times.

Where to begin with writing about grief

Almost all authors find themselves approached by people with requests and suggestions. "I so wish you'd write about this." "I wonder if you've ever thought of writing a book about that."

Over the years, I have been asked so often to tackle the subject of grief, but never found a way to approach the topic. It is so huge, so all-encompassing. The untimely death of a child is the very worst that a parent could face in a lifetime. The loss of a parent or sibling can prove devastating to a child.

Then the topic finally touched me. I watched for the two or three years after one particular death, and came to understand a little better about the fall-out for a family, though still not believing it was something I could write about.

And then, out of the blue, I suddenly thought of a way.

Aftershocks is a book for older children. It's part modern fable, part ghost story, and part coming-of-age novel, and it explores the ways in which grief can affect, not only individuals, but communities at large.

The story focuses on Louie. A family mix-up means he has to tag along with his engineer father and his team as they head for a routine job in the farthest and most neglected province of the Federation. A massive earthquake and an ensuing tsunami devastates the entire coastal region, laying bare the other-worldly manner in which the silent and strange Endlanders deal with both life and death and those strange hinterlands of memory and loss.

Their curious and unsettling ways raise ghosts for Louie, who has recently lost his own brother. And, as so often happens, parental disparities in how to even begin to deal with grief have already caused a massive rupture in this hitherto settled family. For Louie's mother, the sense of her son Toby pervades the house - is all around her still. For Louie's father, simply to speak his name is almost too painful to contemplate.

How is a child supposed to deal with his or her own grief when those around are pretty well cracking up, trying to manage their own?

We know young people hate to watch their parents in pain. They can scarcely bear it. Under such stress we see them so often withdrawing into themselves, becoming more and more unforthcoming, even silent, keeping a tighter and tighter lid on any feelings that might unnerve either themselves or others. 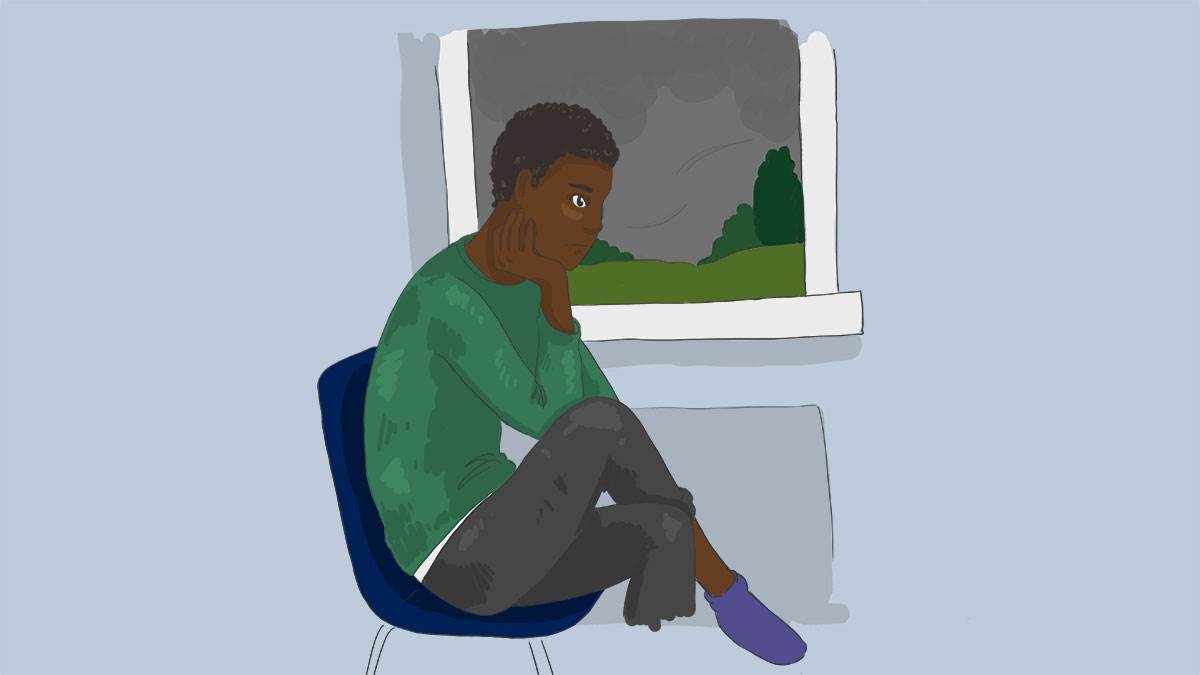 What to do? Most people would immediately say, get them to talk about it. But how can you talk to someone who is hurting as horribly as you? You can't. You need somebody else -  someone you  can trust with your anguish, with your fear that if you had only done this, or not done that - sometimes, with your sheer rage. We tend to assume that girls are used to talking with their friends about their feelings, whereas the sort of contact boys have with one another makes that sort of self-exposure harder and less comfortable. But there are plenty of girls who don't have friends, or the right sort of friends, on whom they can unburden their grief. And grief can last so long, and burgeon again in such strange ways at unexpected times. So where professional therapy is available, I'd think most people would believe that it is wisest to take it.

Surely, some would imagine, now's not the time to give any child a book with echoes of their own distressing experience. But stories offer one of the most effective forms of help for children living through a difficult time.

Essentially, the children’s author’s job is just to provide ‘a good read’. But over and above that, most of us find we're also trying to interpret this world to those who read us - to unravel and illuminate their situations, or those of others around them, and, with luck, offer something in the nature of a hope to cling to, a line to take, even a way to go.

How? Well, there’s the sense the reader gets of no longer being the only one in the world ever to have had this problem, or to feel this way. "That's almost exactly what happened to me." "That's just how I feel!" As C S Lewis put it, “Literary experience heals the wound without undermining the privilege of individuality.”

A child who cannot even bear to begin to think about his or her own situation can often begin, safely, to explore the problems they face through fiction, someone else’s problem. The story gives you both the structure and vocabulary you might have lacked. Think of the toddler whose chubby fist comes down to stop you turning the page of the picture book. "Lisa always thumps me at nursery the way that Duck just thumped Goose." The conversation has begun.

Louie, in Aftershocks, knows why his mother will probably never again cook Toby's favourite meal, why his father is so keen to stay on and help the Endlanders rebuild their lives, and why he himself misses his brother most when strange things happen he can no longer share, or when he now sits by himself in the back seat of a car.

In painful times, a book can be the greatest comfort. After all, at some level don't we all read, at least in part, to know that we are not alone?

If All The World Were

This is a really beautiful recollection of a loving relationship between a girl and her grandfather.  It is told through seasons which act as a metaphor for the the gradual decline of grandfather.  It feels a celebration of life and sensitively makes the point that memories live on with us.

This was the book that saw the demise of Mog the cat, the popular children's book character. The popularity of Mog means that her death is quite high impact and is felt profoundly by the Thomas family who owned her. The death of much loved pets are often one of the early encounters children have with death and loss. 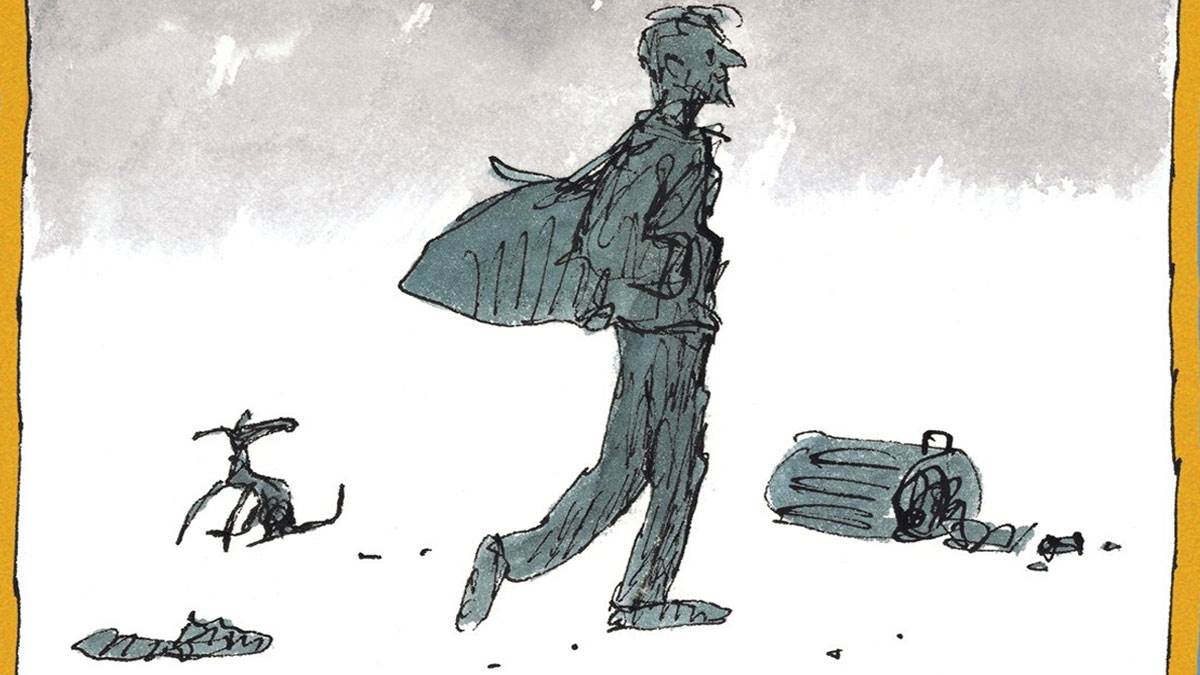 This is a useful book for sharing some of the feelings of loss and sadness arising out of grief. It was written based upon the loss of Michael's son.  This could be used with younger children, but it's good for newly independent readers.

The story of Lucy who spends time gardening with her grandfather.  There are elements of folklore within the story with the appearance of the character Lob - somewhere between a spirit and the Green Man.  Lucy's grandfather dies within the book.  There are all kinds of exploration around nature and growth and around belief.

A modern classic of course, but the loss of Charlotte the spider is profoundly felt because of the support she has lent to Wilbur the pig.  Charlotte's passing away is inevitable as it is part of the circle of life, but is poignantly felt partly because of how selfless she has been towards Wilbur who has acted somewhat selfishly.  There are thoughtful and complex emotions that are explored with heart.

The Many Worlds of Albie Bright

Albie is struggling to come to terms with the death of his mother and wonders what will happen next, he begins to explore the idea of quantum physics and parallel universes.  The science is well explained and the emotions well realised and explored as Albie gradually comes to realise he is who he is because of his mum.

Former Children's Laureate Anne Fine has written over seventy books for children and has twice won the Carnegie Medal. She began to write to entertain herself when she was unable to get to the library to change her books in a snowstorm, and she hasn't stopped since.

Feelings of grief can be overwhelming for children who have lost a loved one, so it's important to help them through these difficult times as best we can. We've picked out some books that might help adults and children alike experiencing complex emotions.

Books about grief and loss

Books can help children to understand sad feelings – from losing a cherished toy to the death of a family member.

Picture books can be a great way to get children to discuss their feelings.

A matter of life and death

It can often be difficult to discuss death and bereavement with teenagers, or even for teenagers to do so with parents/carers.