BookTrust Lifetime Achievement Award winner Helen Oxenbury: 'I love to get across what people are feeling'

For the first time, BookTrust has handed out two Lifetime Achievement Awards in one year, to picture book legends Helen Oxenbury and John Burningham.

Below, BookTrust's Emily Drabble speaks to Helen about a lifetime of drawing and why babies need amazing books, too... 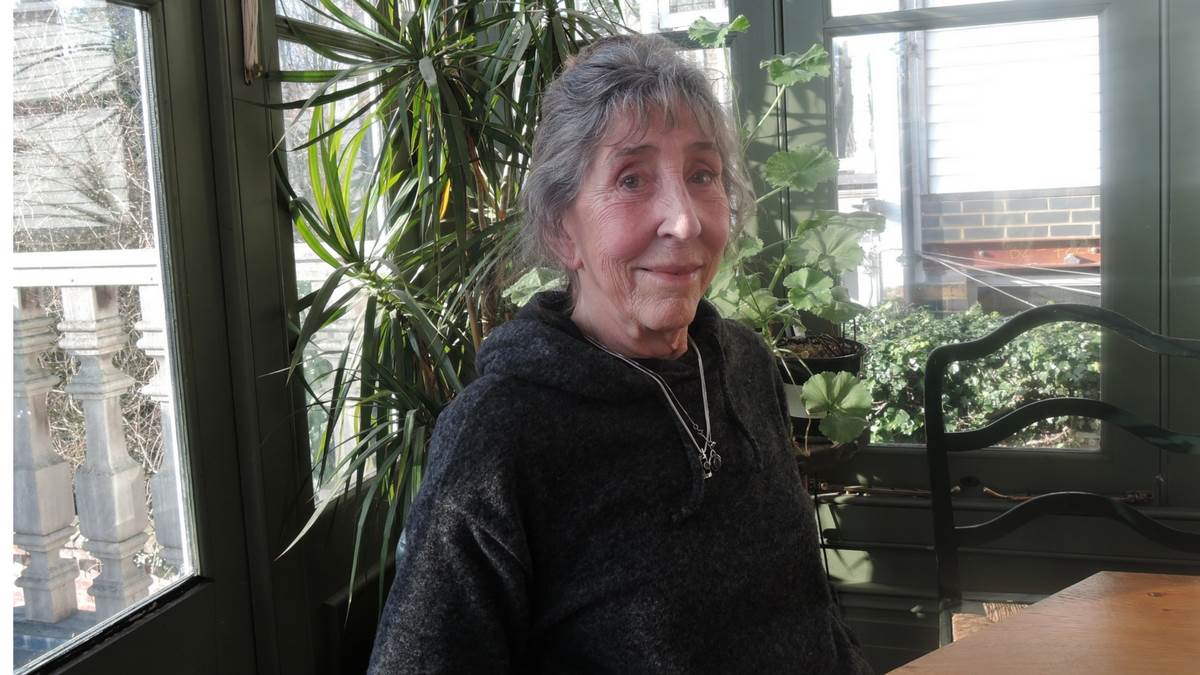 How does it feel to win the BookTrust Lifetime Achievement Award?

It’s particularly lovely as we have been awarded this honour jointly – and to get an award from BookTrust who know everything there is to know about children’s books.

How did you become a children’s illustrator?

I’ve drawn all my life. I was pretty ill when I was a child so I was at home a lot. I used to get paper and crayons and draw all the time. My father was an architect and encouraged me. When I was a teenager, I really wanted to be a tennis player, but I went to Ipswich School of Art and in the holidays I used to work in the theatre. So after that foundation course, I went to London and did a course in theatre design at Central School of Art, where I met John. So I had another career in theatre design until we started a family. It wasn’t a job you could easily do with young children. I would have gone mad if I hadn’t had some sort of work whilst at home with small children, and I used to work when they were in bed at night. And illustration was perfect for me. It started off with cards for Gallery Five, run by a dear friend of ours, Jan Pienkowski, and it developed from that. It was down to the same woman who took John’s work to Tom Maschler, Ann Carter. She took mine to Heineman. Although John was very supportive, I didn’t want to go to the same publisher as I wanted to work independently from his contacts.

I did two books: The Dragon of an Ordinary Family and The Great Big Enormous Turnip. Then I won the Kate Greenaway.

There was this great surge of people who decided they wanted children’s books. There was Raymond Briggs, Quentin Blake, John of course, Shirley Hughes and me. And all of us are still creating books now; it must be because we love it (never mind what John says, he does enjoy it!).

I’m always saying to my friends: weren’t we lucky to have been born in the time we were? Everything was opening up. We had a blank canvas!

Tell us about your process of illustrating children’s books.

I always start with the text. When I read a text I always see how I would draw it and interpret it. Funnily enough, I can almost see it immediately. Then the difficult thing is matching up my drawing with what’s in my head. Practice helps. Sometimes I rip up the paper that I’m drawing on because it looks so wrong. Or I can’t get to sleep thinking about it. You just have to keep on. I suppose you have to compromise a bit. I can hardly look back at my early work. Sometimes I hate drawing, but it gets under my skin. That is what I want to do. And if I’m not doing it, I’m horrid!

Do you do a lot of observational drawing to capture the wonder and warmth of everyday life, like the surprise party in So Much?

Yes, but I don’t go around with my sketchbook. I go round looking, and put it in my brain. I don’t do observational drawing as such, I close my eyes and see it. For me, I find if I’m drawing while I’m looking, I miss a lot. I never draw from photographs because I find them awfully misleading. I spend a lot of time drawing and sketching. I have a great pile of drawings for the books I illustrate: many, many more than I actually need. What I love to do is to get across what people are feeling. And that takes some time.

Do you work closely with the author of the books your illustrate?

No. When I illustrated We’re Going On A Bear Hunt, I didn’t know Michael Rosen at all. I had the text to do with what I wanted, and I’ve almost always worked like that. Bear Hunt is a wonderful text for an illustrator. Nothing is pinned down! How was illustrating There's Going to Be a Baby with someone you know rather well – your husband, John?

He gave the text to the publisher and I worked with the publisher. I saw it, and from then on, I worked as if he was someone else. He left me to my own devices. Then I came and showed him the (almost) finished project. So it’s a collaboration only in as much as I collaborated with Trish Cooke on So Much or Michael Rosen on Bear Hunt. We didn’t sit up in bed and chat it out! In general, John doesn’t really come to my studio. I bring stuff back for him if I know there’s something wrong with it. And he only shows me stuff if there’s something wrong with it. If we’re both fine, we don’t have to show each other. That’s always been the case.

We don’t sit for dinner going on about our books. We would never discuss ideas for books or anything like that. We really work completely separately! 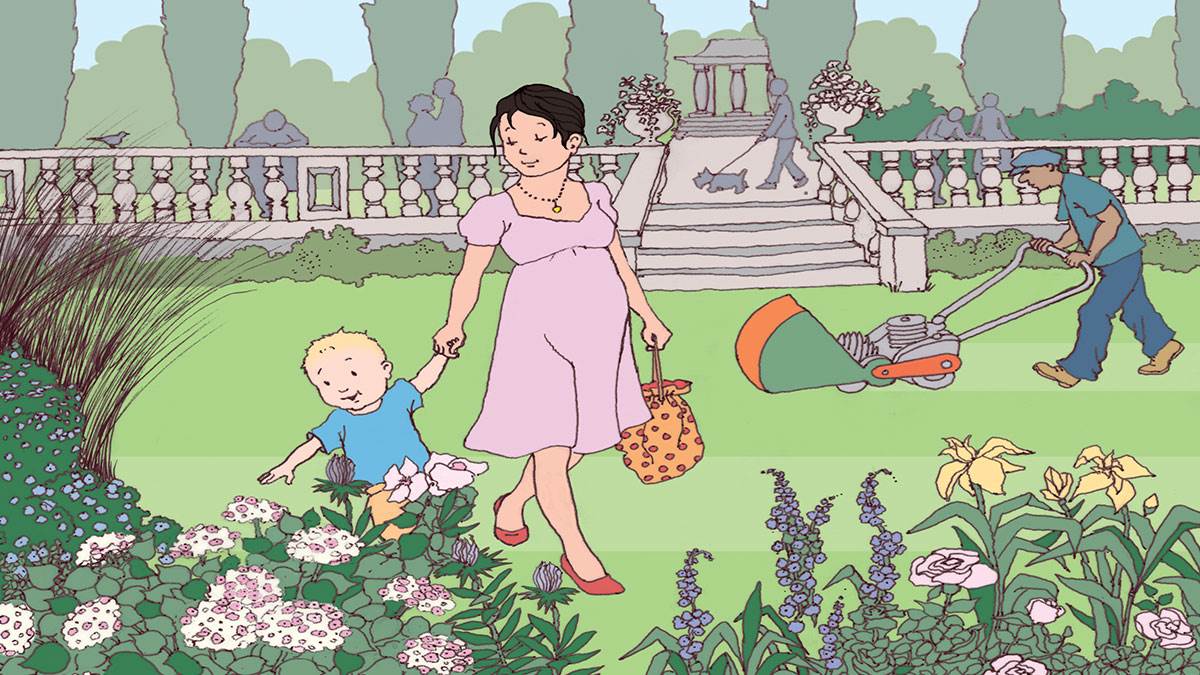 Where do you work?

I have a separate studio down the road from where we live – a studio flat. It started off when my parents moved next door. It was lovely but my mum kept popping in for a coffee as if my work was a bit of a hobby for me. I thought, "If I’m going to get any work done, I’ll have to get away". Sometimes I draw at home, but I do like going there where nobody can get at me.

So Much written by Trish Cooke was one of the first books showing a diverse family. Did you feel like a pioneer for racial diversity in children’s books?

It’s interesting and awful that this should seem in any way revolutionary in a book published in 1993, which sounds very recent to me. But actually, it was.

Before we published So Much, you got the odd black child in illustrations, but rarely (or perhaps never?) a black family. An awful lot of people were talking about that in the late 80s and 90s. The book didn’t sell very well. I remember hearing about salesmen going into bookshops and being told: 'Well, we don’t get a lot of black customers in our bookshop, so we don’t need many copies.' That was the attitude. Some people said, when I illustrated So Much, 'What’s that white woman doing trying to capture a black family?' And I did say to Walker [the publisher], is there not a black illustrator to do this? But there wasn’t at that time. We have such a huge tradition of illustration in the UK, I can’t understand why there wouldn’t be more black British illustrators. But I’m so glad I did So Much. If you had to save three of your books from being wiped off the earth, which would they be?

Certainly So Much would be one of them. I so enjoyed doing that book. I love the characters. In a sort of different way, I did enjoy doing Alice in Wonderland. My mum loved Alice, and used read to read it to me a lot. She used to laugh her head off about it. They are such lovely characters. I’m a sucker for strong characters. I suppose number three might be Bear Hunt, but maybe it’s a little too familiar!.

There’s also a book I’ve made that didn’t sell well. It’s called Big Momma Makes The World, written by Phyllis Root. It was a very difficult book to do and I think I cracked it. It was saying that the creator was a woman. She’s up there in the clouds; she’s a strong woman with a baby on her hip.

It won a Boston Globe Award but Middle America didn’t think much of it – nobody did, really.

You are famed for your board books and books for babies. Why do babies and young children need amazing books?

When I started illustrating, people really thought babies were just vegetables until they were at least one. Little Em, our daughter, had this terrible infantile eczema and we used to put these little cotton gloves on her, and she’d be so itchy and bothered all night. I used to show her a catalogue of babies' high chairs and potties, with babies doing this, babies doing that, to take her mind off it. She would go all sort of stiff with excitement when she was four or five months old. She could look. And I did this series of board books for her, really. It was almost a necessity for me.

I agree with William Morris who said things should be beautiful and practical. So I think Husherbye: it’s beautiful and it does the work!

Illustrations and quotes from famous fans

Read why so many authors and illustrators are happy that John Burningham and Helen Oxenbury have jointly won the Lifetime Achievement Award - and see some of their incredible illustrations.

Here are a few of our favourite picture books and board books by Helen Oxenbury.

Take a look
Back to top