Fear with a safety net: Why children should read scary books

Writer Cavan Scott has been scaring kids for ages – and this is why he's doing it. 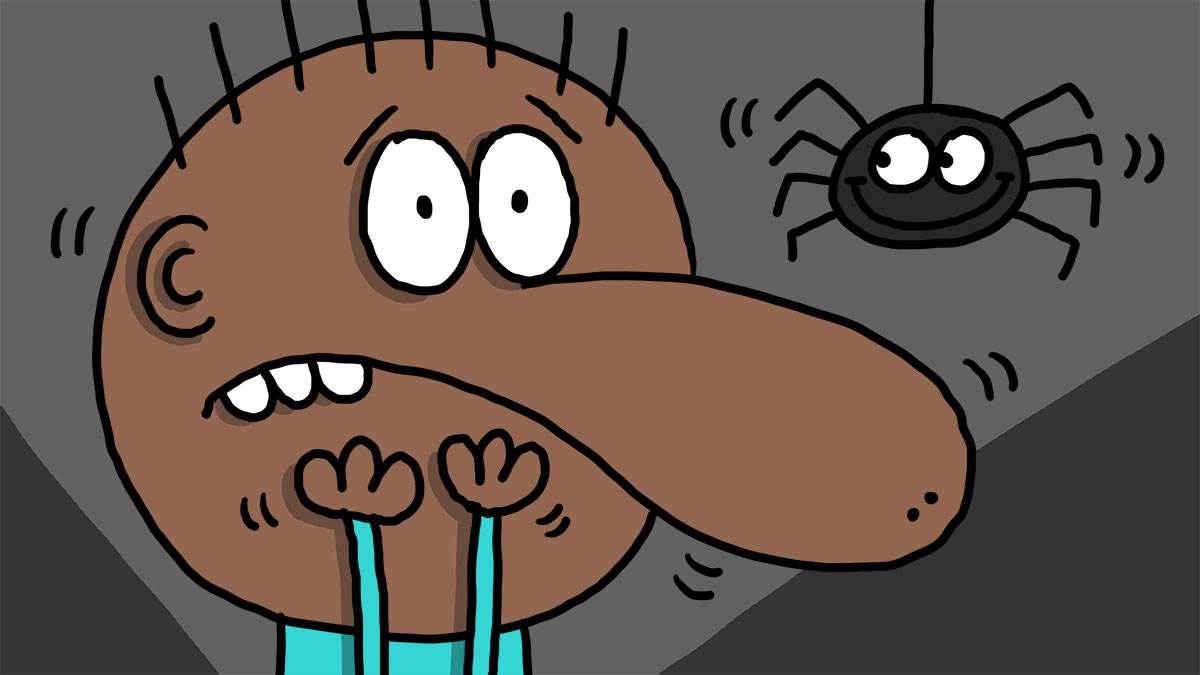 The words made me look up from my table when I was signing books after a library visit. A mum was standing in front of me, arms crossed, brow furrowed and lips pursed.

I had just led a workshop about spooky stories and malignant monsters to an excitable gang of middle-grade readers. I’d read a spooky passage from a story and created a brand-new horror with the group. The lady in question had come in at the end of the session and hadn’t liked what she’d heard. It turned out that she was worried that her son would have nightmares, scared by our talk of vampires, werewolves and zombies.

I understood her concern. I have two daughters, and when they were younger, I used to keep an eye on what they were watching and reading. And yet, here I am – a writer who has made a career writing stories to scare kids through universes such as Doctor Who and Star Wars!

A lot of my stories feature monsters, and my latest series, Warhammer Adventures: Warped Galaxies, is no exception. It takes place in the universe created for the popular table-top game, Warhammer 40,000, which by its very nature is a dangerous place, full of terrifying aliens and ferocious beasts. The series sees a bunch of kids going up against such horrors and at times gets a little scary, with our heroes facing peril on numerous worlds.

But is it irresponsible to scare young readers? Well, yes… if that’s all you’re trying to do. But I truly believe injecting a little fear into adventure books is important for a number of reasons.

'We live in a scary world'

First of all, it’s fun. That’s one of the reasons that horror stories exist in the first place. We like being scared, as long as the fear has a safety net, and the safety net with a book is that you’re – hopefully – reading it in safety.

A scary story is the literary version of a rollercoaster. You strap yourself in and are sent on a thrilling ride that quickens your pulse. Your stomach lurches and your fingers tingle. Then when it’s over, nine-times-out-of-ten, you laugh. You’ve just pushed yourself to the edge of your comfort zone, all without being in actual danger.

The same goes for scary books. We live in a scary world, especially for kids. There’s so much they don’t understand, full of emotions that confound most adults. They experience fear and anger. They can be frustrated, or nervous, or jealous. They are let down and have to cope with rejection and disappointment.

Scary stories help kids learn how to deal with the real world. They’re a way to acknowledge that life isn’t always easy and learn that it’s OK to be scared. Monsters are fun, but they should also help us understand scary situations, and how to cope with them. I hope that no-one reading Attack of the Necron ever has to live through their home planet being blown up or finds themselves being hunted by inhuman creatures of living metal. (If you are, please let me know so I can be sure I got both experiences right in the book!).

However, I would like to think that kids reading the series will understand a little bit more about the importance of working together to find solutions for seemingly insurmountable problems, or how to dig deep to find the courage to get through something that usually makes their palms go clammy.

Scary books give us a chance to examine what we’re afraid of, to talk about it, and to shine a light on negative emotions rather than just bury them deep inside.

Kids are the best censors

That’s not to say that writers can be irresponsible. As with all fiction, there are rules you need to follow, especially when writing for younger readers. You have to be sensitive, not to push things too far. Excessive blood and gore is a no-no, and you need to remember that kids largely like happy endings, heroes prospering while the baddies get their comeuppance.

But that doesn’t mean that everything has to be wrapped up with a neat bow. You only have to look at stories by Roald Dahl, Neil Gaiman and J K Rowling to see that kids' stories can be dark and that children are capable of understanding more than we sometimes give them credit for.

They’re also the best censors. If a kid finds a book too scary, they’re likely to close it and pick up something else, coming back to the offending tale when they’re ready. And what a great opportunity to discuss what scares them and how to judge situations they’ll face later in life.

Back in the library, I listened to the lady’s concerns and talked to her about the books she enjoyed as a child. Did she read anything scary? 'No,' she said quickly, before changing her mind.

She told me how much she had loved The Lion, The Witch and the Wardrobe, but how the White Witch had given her nightmares. The funny thing was that as she described the bad dreams, she smiled, and then explained how she’d learned about the dangers of going with strangers from Edmund's experiences with the Witch.

Her son had never read the Narnia books and asked if they had any monsters in them, to which she said 'Yes'. He asked if he could read them. She left the library smiling, chatting with her boy about dangerous dragons, terrifying wolves and fearsome goblins.

I hope they read many, many scary stories together.

Find out more about Warhammer Adventures: Attack of the Necron by Cavan Scott