Shirley Hughes: How my wartime memories inspired my new book

Shirley Hughes' lovely new book Ruby in the Ruins follows a family trying to put themselves back together again after the war. Here, Shirley remembers her own wartime experiences - and the books that led to her future career...

I was 13 during the wartime winter of 1940, when Hitler's Luftwaffe was relentlessly bombing Liverpool docks. We lived nearby on the Wirral Peninsula, which was not an extremely dangerous area, but we saw the grim aftermath on visits to the city, with shop windows shattered and whole streets in ruins, so it was very easy to imagine the background for Ruby in the Ruins. This was also the inspiration for my novel Whistling in the Dark.

Wartime, when it was not frightening, was deadly dull. The seaside was full of barbed wire and gun emplacements, and there was no question of travel unless your journey was strictly necessary.

We spent a lot of time queuing for food. We were not starving, as many people in Europe were, because there was a fair rationing system, and we had enough to eat thanks to the heroism of our Merchant Navy, who braved the U-boat infested Atlantic Ocean to bring us essential supplies. But all food treats were a rarity. You had to face the agonising decision as to whether you would eat all your sweet ration on the first day of the month, or eke it out to make it last. (I always fell for the former.) 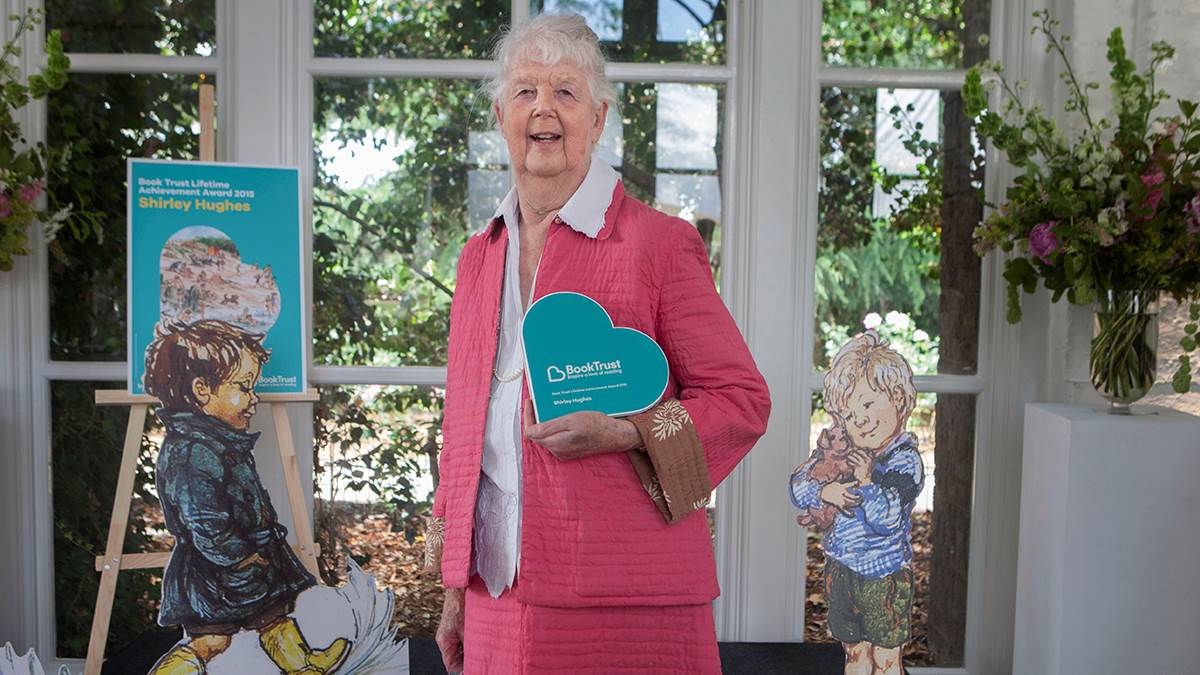 I slept under the stairs during the winter of the big blitz. My mother opted for staying in her own bed. We saw the sky over Liverpool lit by searchlights, ack-ack fire and the flames from the burning docks.

I do not remember terror. Perhaps it was due to the gallant effort the grown-ups put into pretending that everything was going to be alright.

At that sort of age you are readily convinced of your own immortality. Some older boys used to daringly escape from home at night and bicycle to the top of Bidston Hill to look down on the fires of Birkehnhead and Liverpool, as though it were some sort of firework display, until they were apprehended by an irate air raid warden and chased off to the shelter.

The horror of bombing only pierced our frail suburban illusion of security on occasional trips into Liverpool when we saw the aftermath: shattered terraces of houses with their fronts ripped out, exposing pathetic remains of domesticity; a dressing gown still hanging on a door, bedclothes flung back; half a wall with a fireplace, the clock still astonishingly in place on the mantelshelf, the rest, rubble lying in the street.

And the auxiliary firemen and rescue workers wearily making their way home after another night without sleep to change their clothes and go to work at their daytime jobs.

And, all too soon, the news began to come in of local boys, fathers, older brothers and sisters, killed in action or lost at sea.

Being inspired by childhood stories

When at last the war came to an end I was probably at my most impressionable, and memories of that time are particularly vivid.

I was an art student when I visited Florence in Italy for the first time. I got to know an Italian family who had risked their lives during the Nazi occupation to hide escaping Allied prisoners of war and help them to rejoin their regiments. Their heroism inspired me to write Hero on a Bicycle, a novel for young teens.

I was very lucky, when I was a child, in that we always had plenty of books to read. I loved the cosy appeal of village life in Joyce Lankester Brisley's Milly-Molly-Mandy stories, and the escapades of intrepid William in the Just William books by Richmal Compton.

I envied the way in which William was allowed to roam the area around his house with his gang, The Outlaws, without, apparently, his parents ever worrying about where he had been when he turned up at bedtime.

Of course, the illustrations in my books meant a great deal to me. We had some beautiful fairytale collections, illustrated in line and tipped in colour plates by masterly illustrators like Arthur Rackham and Edmund Dulac.

Rackham's illustrations to Peter Pan in Kensington Gardens were especially inspiring, as were Dulac's impeccable interpretations of classic fairytales and The Arabian Nights.

Comics meant a lot to me too. I loved the ones featuring Pip, Squeak and Wilfred (Pip was a gruff, stoic dog, Squeak was a rather flappable penguin and Wilfred was a pesky little rabbit).

Later, the American comics – 'The Funnies' – arrived in the wake of the US servicemen who were then stationed in and around Liverpool. These were much more sophisticated, aimed at an adult audience, with strip cartoons of Tarzan, Blondie and Dagwood, and, of course, Popeye and Mickey Mouse.

But the most memorable of all were the Winnie-the-Pooh stories by AA Milne, with those masterly line illustrations by Ernest Shepard (not, in my view, particularly enhanced by the later addition of colour).

Throughout my childhood I was always trying to illustrate stories of my own. I was very lucky in that my mum kept me supplied with plenty of art materials. Much of what I produced then was pretty unsuccessful, but I was never very good at anything else and I learned early that if you do a rotten drawing you simply throw it away and try another one.

And the rest, as they say, is history.

Read our review of Ruby in the Ruins