Welsh nursery rhymes have a rich and colourful history

From 700 year old verses written by monks to pudding and pink elephants, Welsh nursery rhymes have a rich and colourful history.

It’s difficult to know what to do with rhymes for children. Are they literary gems to be studied by academics, or just light-hearted nonsense? Whatever your view, they are certainly at the heart of the creative and emotional relationship between adult and child. Perhaps they have always been there, an important part of our oral traditions, but people interested in their history usually have very little evidence to go by. 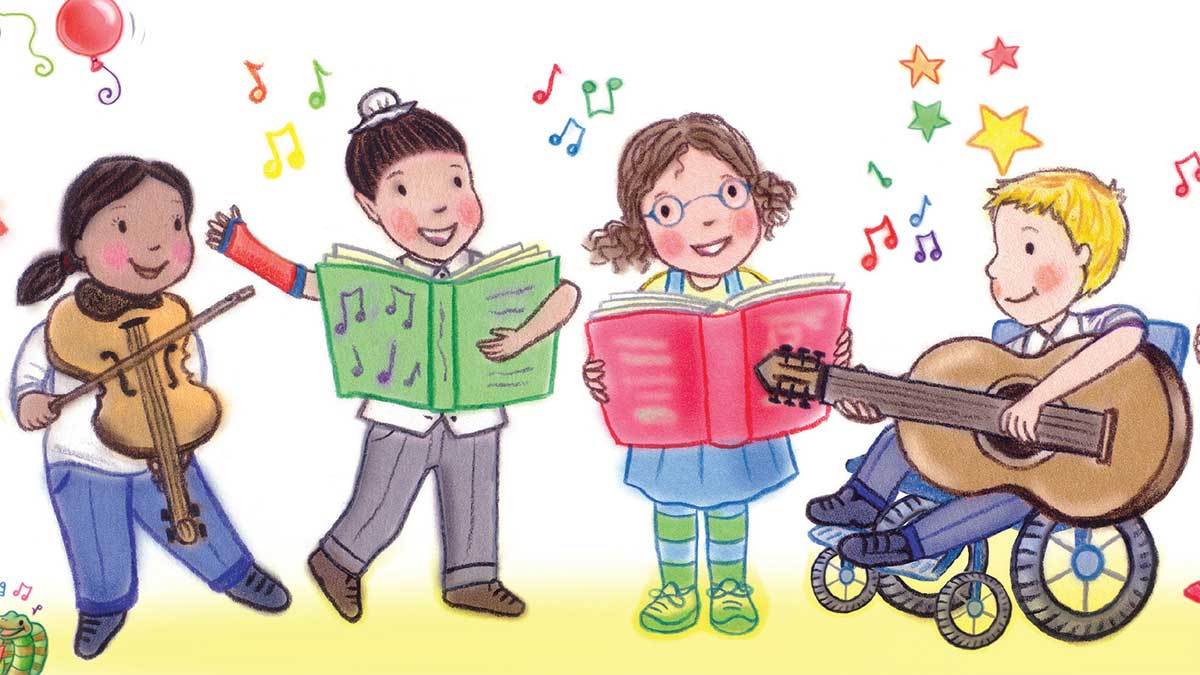 But, there is one remarkable Welsh example that gives children’s rhymes centre stage. ‘Pais Dinogad’ (Dinoad’s Cloak) was carefully recorded in a manuscript, probably by a learned monk, more than 700 years ago. It tells the story of a colourful cloak, made from the furs of the creatures hunted by Dinogad’s father. The rhyme, repetition and alliteration evoke the sounds of the hunt and suggest, tantalisingly, that this was a rhyme to be shared with a child.

The thrill of the hunt is a whirr of noise, rhythm and exaggeration (no creature escapes the father’s spear) and you can easily imagine a parent or grandparent bouncing a child on their knee and reciting or singing the lines.

Unfortunately, ‘Pais Dinogad’ appears to be a one-off. Medieval Welsh manuscripts – once the reserve of the elite – have not yielded any other possible children’s rhymes. But songs and verses for children, and about them, continued to be composed, and, as literacy developed they became more visible.  They started to be recorded by folklore enthusiasts hoping to catch a glimpse of a time gone-by. Then, in the nineteenth-century, Welsh rhymes for children began to be collected as a discreet form of oral literature under then name ‘hwiangerddi’ – nursery rhymes used to keep infants and children awake and happy, as well as to lull them to sleep.

Welsh ‘hwiangerddi’ have since then gained a special cultural significance. In the context of language decline and hopes of rejuvenation you can understand how introducing these rhymes at an early age can be a powerful aid to learning about language and culture. Rhymes are a way of anchoring young children in the patterns and rhythms of language by allowing it to sing and play its way into their lives. For the tens of thousands of children whose home language is not Welsh and who are learning Welsh in nurseries and primary schools, these verses can be a fun and interactive way to learn.

Many traditional rhymes that are still familiar today take us back to a time when mothers ruled the home and lives were tied to the land, but there is often a bizarre twist. ‘Dacw mam yn dwad’ (‘There comes mum’) tells of mam returning home carrying a pail of water on her head, and describes the farm animals playacting in the yard. In ‘Mae gen i ddafad gorniog’ (‘I have a horned sheep’) a shepherd describes losing and then finding his ewe – having sold her wool in the market – sitting by a fireplace in the town of Bala smoking a pipe. It’s all nonsensical fun, a chance to experiment with language and the possibilities of the imagination. There are also of course examples of the soothing comfort offered to children (and adults) by the rhythm, rhyme and melody of lullabies such as ‘Cysga di fy mhlentyn tlws’ (‘Sleep my beautiful child’) and the simple repetitive rhythms of ‘Heno, heno, hen blant bach’ (‘Tonight, tonight, little children’).

We may never know who first sang most of our children’s rhymes, but perhaps surprisingly, some of our best known were composed relatively recently by the academic, John Glyn Davies (1870-1953). He composed many for his own children, and his daughters appear in the popular verse ‘Gwen a Mair ac Elin,/ Yn bwyta lot o bwdin’ (‘Gwen and Mair and Elin,/ Eat lots of pudding’). J. Glyn Davies was keen to broaden the repertoire of popular, simple children’s songs at a time when the allure of English-American popular culture was gaining pace. One of his best-loved creations, published in 1923, is a staple of homes, schools and nurseries all over Wales in the run-up to Christmas. ‘Pwy sy’n dwad dros y bryn?’ (‘Who’s that coming over the hill?’) is a jolly, ‘shouty’ and easily acted-out song inviting Sion Corn, the Welsh Santa Claus, to enter the home.

I could go on to talk about the crow with two wooden legs, or the more recent pink elephant in the sink.  Rhymes, old and new, offer children a space to try out sounds and experiment with meaning. We are proud of the long history of Welsh rhymes and songs for children, and the new songs and variations sung across Wales proves that it should never be a static one. ‘Hwiangerddi’ embrace tradition and innovation, so let’s share, enjoy and create!

Find out about the Big Welsh Rhyme Time