Author Efua Traoré talks about her favourite stories that incorporate the elements in the most surprising and magical ways.

Efua Traoré and her book Children of the Quicksands

Ancient cultures were fascinated by the four basic elements of nature: water, wind, earth and fire. Mythologies, legends and folklore surround the elements, underlining their beauty and importance. They are so precious that deities in different cultures across the world were assigned to keep, care for or control them. Famous examples are Gaia, the Greek goddess of earth, and Poseidon, god of the sea.

As a child growing up in Nigeria, I was captivated by the Yoruba mythology, which also has deities with powers over the elements. So not surprisingly, years later when writing Children of the Quicksands, I found myself weaving in strands of magic, myths and legends based on this mythology. Two intriguing goddesses made their way into my story: Oshun, the goddess of the waters, and Oya, goddess of the winds.

Read our review of Children of the Quicksands

In children’s literature today, the fascination with the elements is still very much alive, and they are depicted in the most compelling ways. Some books are practically odes to them. The books that intrigue me the most are the ones that embed the elements in magical tales. They seem to do these wonders of nature the most justice.

Here are some middle-grade books I have read, which centre around one of these elements or show them in beautiful, fierce or magical ways.

This is an absolutely stunning, lyrical story set in Papua New Guinea. It is about Blue Wing, her friendship with the new girl on the island, all her undertakings to become a shark caller and the sad reason why. A magical book about loss, longing, friendship and moving on. But it is also about the magic of the ocean, the beauty of its blue, crashing waves, its mysterious water creatures and hidden secrets.

Read our book review of The Shark Caller

When Life Gives You Mangoes by Kereen Getten

Kereen Getten creates an incredibly vivid picture of a hot, lush green island with a village community where everyone knows everyone’s business. Twelve-year-old Clara cannot remember what happened last summer, and since then has been scared of going into the ocean. The book keeps you glued to the pages and you end up with characters you care about and a twist you definitely did not expect. Clara’s amnesia and her fear of water while surrounded by the huge, menacing ocean, wave riders and fishing boats is the foreboding mystery of this beautifully told story.

Read our book review of When Life Gives You Mangoes

The Weather Weaver by Tamsin Mori

Tamsin Mori gives the weather so many more nuances than you would ever have imagined. The weather crackles to life in her story with cute pet clouds that you just have to love, home-grown rainbows, sky tunnels and beautiful Shetland myths. She has opened a world that creates room for so much imagination, I can picture lots of twinkly kids' eyes reading this book. What’s going on up in the sky has never been so interesting.

All four elements are let loose here but the wind is central on this windswept island, in which there is ancient magic around storms, candles and winds. Ten-year-old Fion – who doesn’t feel brave, especially around islands – goes with his sister to visit their grandfather while their mum heals in a clinic. He learns about the dark secret of the island and eventually shows surprising courage in the face of the impending awakening of dark, ancient legends. Catherine Doyle has a wonderfully vivid way of describing things and with the power of her words and the whispering wind swishing across from the sea, she brings the island to life, bonding it with its characters and its readers.

Read our book review of The Storm Keeper's Island 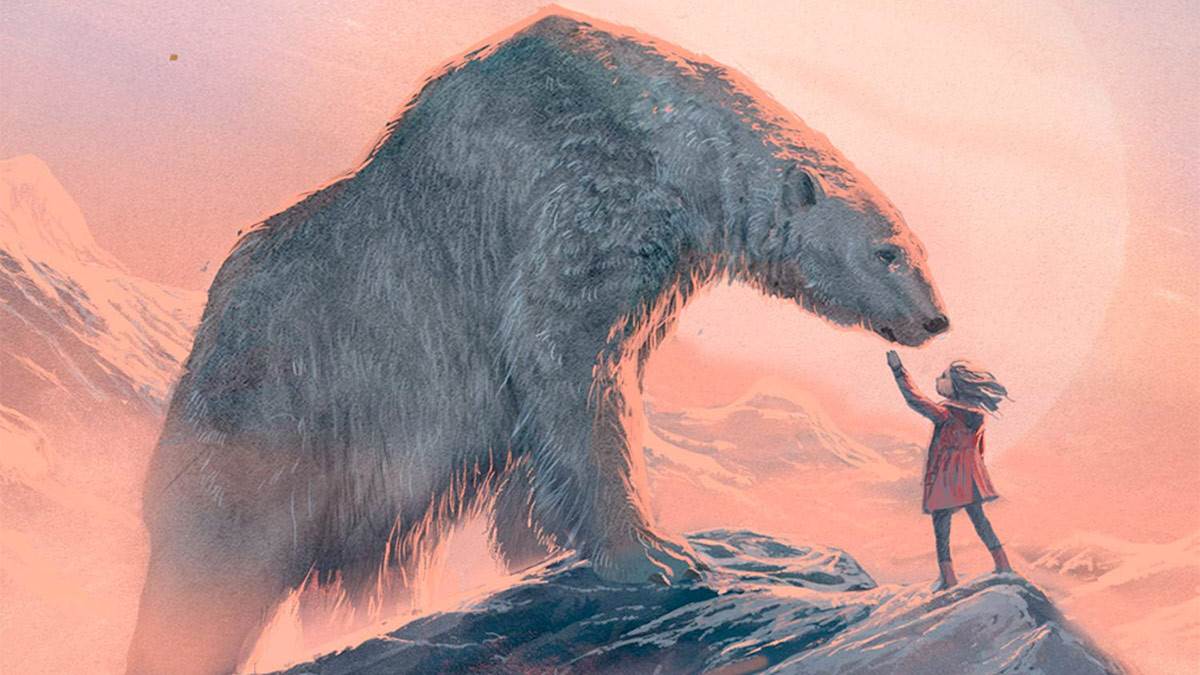 Illustration from The Last Bear by Hannah Gold, illustrated by Levi Pinfold

The Last Bear by Hannah Gold, illustrated by Levi Pinfold

A love song to earth and nature and a story about a moving friendship between 11-year-old April and a polar bear. Even though earth is at its harshest in the cold, arctic region of Norway, it is also at its truest, glittering with icy-white natural beauty. April’s connection to earth and animals is heartfelt and gripping, and as you follow her on her exciting and unusual adventure, you will automatically be drawn closer to the Earth than you have ever felt before.

Read our book review of The Last Bear

Asha and the Spirit Bird by Jasbinder Bilan

In this wonderfully hopeful story, 12-year-old Asha and her friend go on a dangerous quest in search of her missing father through the Himalayas. Asha’s determination is spurred by her faith in her Nanijee watching over her. At the most northern temple built out of the rocks, where the holy Ganges river springs, they light a deeva to ask the mountain gods for help. As they journey through the Himalayas in this captivating story, the reader is reminded of the ancientness and breathtaking beauty of our Earth.

Read our book review of Asha and the Spirit Bird

A fun adventure brimming with Chinese mythology and dragons! Four children sent to a middle-of-nowhere camp in China tumble into an adventure far beyond their wildest imaginations. They are offered the chance to bond with four powerful, fire-breathing dragons and other amazing dragons to save the world from evil and destruction. The lovable characters will capture the hearts of young readers as they dive into a hot and fiery adventure at the heart of the dragon realm.

I stumbled onto Inkheart recently again because my nine-year-old was reading it and super excited about Dustfinger’s fire-swallowing abilities. For me, the image that had burnt itself into memory when I read Inkheart some years ago was one of sizzling flames licking greedily through pages. A delightfully imaginative classic tale of "book characters coming to life" that can be enjoyed by kids and older readers alike.

Read our book review of Inkheart

Children of the Quicksands by Efua Traoré is out now