Looking for diverse AND funny: How my kids spotted a big gap in their children's books

It was a comment from her son that led Jen Carney to write her children's book: The Accidental Diary of B.U.G. Where were all the funny, readable and relatable books that just-so-happened to be about a same-sex family?

When my 11-year-old son complained that he never saw ‘families like ours’ in the types of books he’d begun to devour, and when I subsequently failed to source him one, I wasted no time in writing a story that has since been published by Puffin as The Accidental Diary of B.U.G.

Time was of the essence because, up until this point, his reading journey had been pretty turbulent. But we’d managed to negotiate the enormous “school reading scheme” mountain, and his massive reluctance towards reading for pleasure had transformed when I’d introduced him to a range of “funny” books.

The power of "funny" to keep a child reading

I first witnessed the positive effect of funny books on reluctant readers when I worked as a primary school teacher. It’s a difficult phenomenon to pin down. There’s just something about the genre that has the power to grab and hold the attention of children who are disinclined to read, or under-confident about doing so. It’s a hook I used a lot. That, along with the old adage, ‘You’ve just not found the right book for YOU yet!’ in response to ‘I don’t like books, Miss!’

Aside from the obvious distracting doodles children can gaze at to feign reading when they’re just not in the mood, the power of funny seems able to compete with the alternative entertainment options of modern life. Children like my son – resistant to reading aloud their levelled reading scheme books – are put off, I think, by the prescriptive "you have to read this next" nature of them.

Give them a choice, offer them something funny with short chapters easily finished in one sitting, and it’s a whole different story. Perhaps it’s the jokes they can share with their peers, maybe it’s the relatable characters? All I know is that, in my experience, it’s the attention-grabbing, dynamic content of funny books that prevent reluctant readers from abandoning a novel within the first few pages.

I recently saw a couple of Twitter posts that back up my point: a teacher sharing her delight that a boy in her Year Four class had chosen The Accidental Diary of B.U.G. over his PlayStation the previous night; then a bookseller with a “hard sell” son who took The Accidental Diary of B.U.G. up to his room…by choice…to read… ‘and we heard him laughing!’ Feedback like this makes me so happy, because I’ve been there.

Aged 11, my screen-loving son was certainly testament to this! Many of the books he read for pleasure were marketed towards a younger readership, but woe betide anyone who told him ‘you’re too old for that’. He was reading. Moreover, he was enjoying reading.

BookTrust tips: What if my child doesn't like reading? 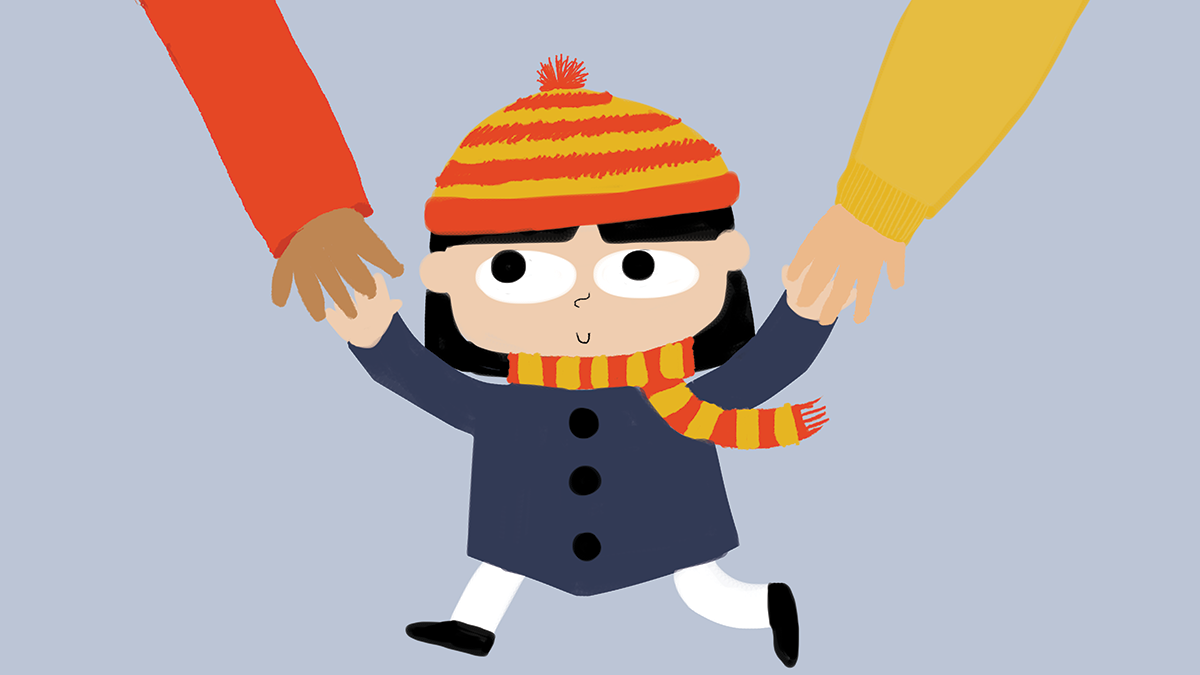 Knowing there was no way he’d have any interest in an angst-filled tale about adoption, nor a book in which having two mums was the sole focus of the story, I penned a novel that vaguely represented his reality and, importantly, in a style I knew would give him pleasure – a giggle-inducing, accessible read told in first person.

Avoiding his reading kryptonite of text-heavy paragraphs in favour of interactive pages, doodles aplenty and gags about spellings, I was overjoyed when he told me he loved it. Mission accomplished! Or so I thought…

A couple of years later, I shared the manuscript with my then eight-year-old daughter and was thrilled to see her as engrossed as my son had been. But it was when she expressed how much she’d love all children to have access to a mainstream “laugh about it in the playground” book, which illustrated how perfectly normal “different” families actually are, that I knew I needed to try my luck at finding a publisher!

Positive representation, I’ve learned, matters enormously to all children. At the time of my son’s complaint, our bookshelves were sagging under the weight of books with children who had been adopted and children with same-sex parents. The problem was, they were all picture books we’d shared when our children were small or otherwise non-fiction books, either a little too earnest in their “you’re so special” message, a bit depressing, or containing too many emotional triggers.

We also had plenty of books that featured families very similar to ours – manic parents making questionable packed lunches, children recounting school mishaps, curious family anecdotes, and so on. But none of the main characters ever had same-sex parents.

It was the light-hearted humour, combined with the honest, matter-of-fact, “this is who I am” nature of Billie, the protagonist of The Accidental Diary of B.U.G., that my children took to. Not only did it satisfy their hunger to see themselves in a book, it enabled them to verbalise how a book like mine could fill the gap they were both acutely aware was missing from their peers’ libraries – a funny “middle grade” read that would incidentally expose all children to the normal, everyday life of our kind of family.

I’m now more passionate than ever that more children’s books are needed that reflect how today’s families are made in such a vast array of ways. I’m keenest to see stories where differences are visible, but not necessarily the main part of the story; simply there, representing our existence, celebrating differences and, of course, illustrating the massive similarities that unite all humans.

Books are brilliant for nurturing empathy, they often spark relevant conversations, and they have the potential to reduce prejudices that, more often than not where children are concerned, are simply borne out of ignorance.

The Accidental Diary of B.U.G. is available now. It’s recommended for readers aged 7+ (note that plus – it’s very important). If it hooks your reader, the second in the series, Basically Famous, will be out on 19 August 2021, and the third instalment publishes in 2022.

Here are some suggested reads for the child who claims to hate reading. Maybe one of these will be "their" book!

There's a book out there for every child, even the most reluctant of readers. Try a few of the books below to see if they click with your child and help them love reading.

There's a book out there for every child, even the most reluctant of readers. There's fiction, non-fiction, rhyme and laugh-out-loud moments! Let us know which one works for your 9-12 year old.

Some of the funniest books around are children's books, so you're in for a treat with these favourites below. Be careful, though - there's a danger of actual tears and serious stomach-hurt from doubling-over with laughter. Don't say we didn't warn you!