Never Throw Away Your Ideas

This is a pretty simple piece of advice that has served me well as a writer and artist. 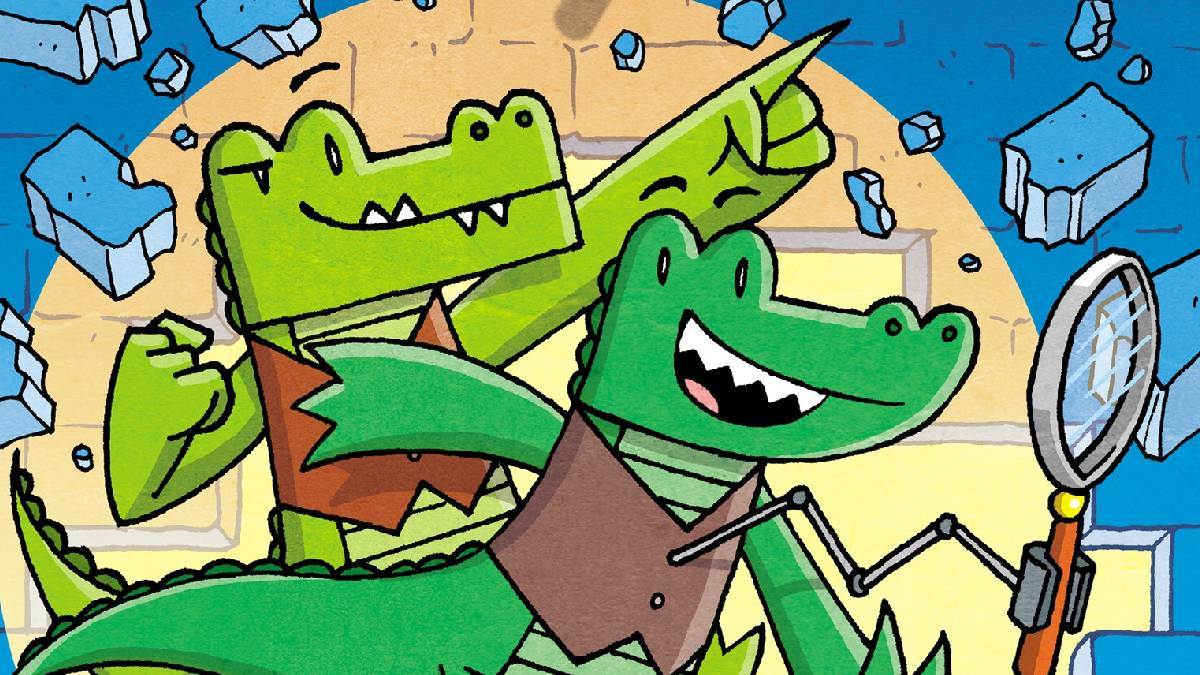 As a creator of stories, I frequently find myself needing ideas. It’s always when I NEED an idea that I can’t think of one. So I got in the habit of writing down any little idea I have, even if it doesn’t seem like a good idea, or make any sense, or is unrelated to the project I’m working on at the time. I’ll squirrel away these unused ideas, and for the times I find myself unable to come up with one I’ll go back and reread them to see if there’s a useful nugget in there. This is basically how I came up with my graphic novel series, InvestiGators.

I had done a few early reader graphic novels: Hippopotamister, and a two-book series called Kitten Construction Company. After finishing them, my publisher wanted to know what ideas I had for a new series, but that I only had TWO DAYS to come up with them, and they’d pick the idea they liked best. Not only did I have to come up with a new idea, I had to come up with a BUNCH of ideas so they’d have options!

This is where not throwing away any of my old ideas came in handy. I found one of my old files that had a bunch of ideas in it (I have a lot of files like this—I made a habit of writing my ideas down, but I haven’t quite got the hang of organizing them all that well.) Within that file was an idea I’d come up with a friend that was just called “Animal Investigators.” There was more to it than just that title, but not much. But what it did was remind me of the age-old joke “what do you call an alligator who solves crimes? An investigator!” And THAT made me think, maybe I could use that as a premise for a story and put my own spin on it.

So now I had one book idea, which I wrote down as “InvestiGators: alligators wear vests and solve crimes.” But I needed more! So I continued going through this file and found some others that seemed like they might make interesting books. One was an idea about an animal cracker (we have these in the US and they are basically cookies, or biscuits, that come in little animal shapes). This cracker, a crocodile, falls between some sofa cushions and, after being completely forgotten about, comes alive and goes off on an adventure of its own. I called this idea “Crackerdile.” I never got around to using that idea, so I thought maybe my publisher would like this one. Some other ideas were “Doctor Copter,” which was about a doctor who can transform into a helicopter; “Pop & Lock,” about an old man and his dog who are actually superheroes; “Robot Ghost,” about a robot that dies and then haunts the scientists that made it; and “Hookline and Slinker,” about a trapeze artist who gets combined with a snake in a circus accident. And that’s all these ideas were, just a title and one sentence explaining what the name meant.

I picked out almost two-dozen of these short, unused ideas that I had collected over the years, and sent them to my publisher to see what they liked. Lo and behold, they liked InvestiGators best, and wanted me to make that idea into a book series. But they wanted the first book as soon as possible! The thing about a story is that it’s not just ONE idea, it’s LOTS of ideas! So, knowing that I’d need lots of ideas to turn “InvestiGators” into a series, I asked my publisher what other ideas I’d submitted that they thought had potential. They listed off about five or six other ideas they thought were funny.

I took the other runner-up ideas and reworked them to fit into InvestiGators. That’s how the hero alligators of the book ended up with an archenemy who is a crocodile that turned into a cracker; and it’s how the villain of the second book (“Take the Plunge”) is a robot ghost; and how the villain of the third book (“Off the Hook”) is a plumber with a snake for an arm (their origin being a little different from the trapeze artist who had a circus accident.) The other ideas (“Doctor Copter,” “Pop & Lock”) were used to fill out the supporting cast. And there are still plenty of ideas from that list that I thankfully never threw out that are yet to appear in future books.

So never throw away your ideas, no matter how bad or silly you may think they are, because one day you may be able to collect them all and make an entire series of books out of them.