We're so excited to have teamed up with Knights Of and the Centre for Literacy in Primary Education (CLPE) to produce Happy Here - a brilliant new anthology of stories from Black British authors and illustrators with an introduction by High-Rise Mystery and Mic Drop author Sharna Jackson. Here, Sharna shares her top ten recommended reads for children.

The cover of Happy Here and author Sharna Jackson

Hey You! by Dapo Adeola

Dapo and eighteen other illustrators have created an incredibly heartfelt book celebrating growing up Black.

Read our review of Hey You! 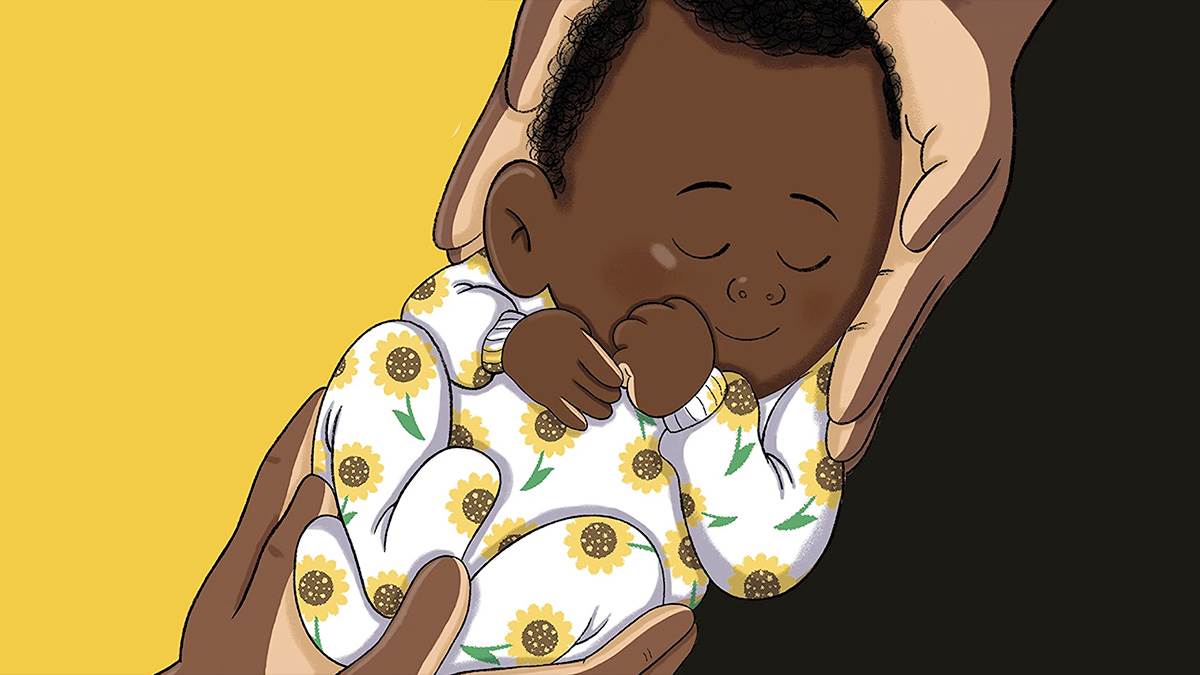 Illustration from Hey You! by Dapo Adeola

Amber smashes an Escape Room experience, then finds herself part of The Agency. A fast-paced and funny book.

Read our review of Amber Undercover

A girl follows eight clues to find her missing step-sister. This is such a thrilling mystery with compelling characters.

Read our review of Eight Pieces of Silva

The cutest book about a young girl called Astrid who dreams of the stars and sky.

Read our review of Astro Girl

The Black Flamingo by Dean Atta

This novel told in verse is a brilliant book about a boy understanding who he is and his place in the world.

Noughts and Crosses by Malorie Blackman

An absolute classic which imagines what might have happened if Africa had colonised Europe, rather than the other way around.

Illustration from Noughts and Crosses by Malorie Blackman

Cane Warriors follows Moa, a young boy who fights for his freedom on a plantation in eighteenth century Jamaica. This historical novel is based on a true story.

Read our review of Cane Warriors

Ace of Spades by Faridah Àbíké-Íyímídé

Gossip Girl meets Get Out, this book is just incredible.

The Upper World by Femi Fadugba

Femi’s book comes out mid-August, and is going to be a Netflix film. Excited is an understatement!

Oh My Gods by Alexandra Sheppard

Half-British Jamaican, half Greek God, Helen moves to London with her father Zeus and hilarity (and trouble) ensues.

Read our review of Oh My Gods

Sharna Jackson is an author and Artistic Director who specialises in developing and delivering socially-engaged digital initiatives for children and young people across culture, publishing and entertainment.

Happy Here is an exciting new book published by Knights Of for primary school aged children featuring inspiring stories from emerging and established black British authors and illustrators. The book is part of a partnership between BookTrust and CLPE to support teachers to shift teaching practice by bringing representation and inclusive stories into the classroom.

BookTrust and CLPE are sending every primary school in England a free copy of Happy Here in September, as well as a beautiful poster designed by Anjan Sarkar to put up in your school - they will all be automatically sent to your school's headteacher. We are also offering all schools the opportunity to register to join a free online author event for years 5, 6 and 7.

Find out more and get involved