When I was at school (yeah, yeah, a long time ago), there was this kid who just couldn’t seem to sit still in any of the lessons. He was forever gazing out of the window, shuffling in his seat, shouting out random things, like ‘Miss, you got your glasses on backwards,’ and ‘Sir, are you wearing a wig?’. 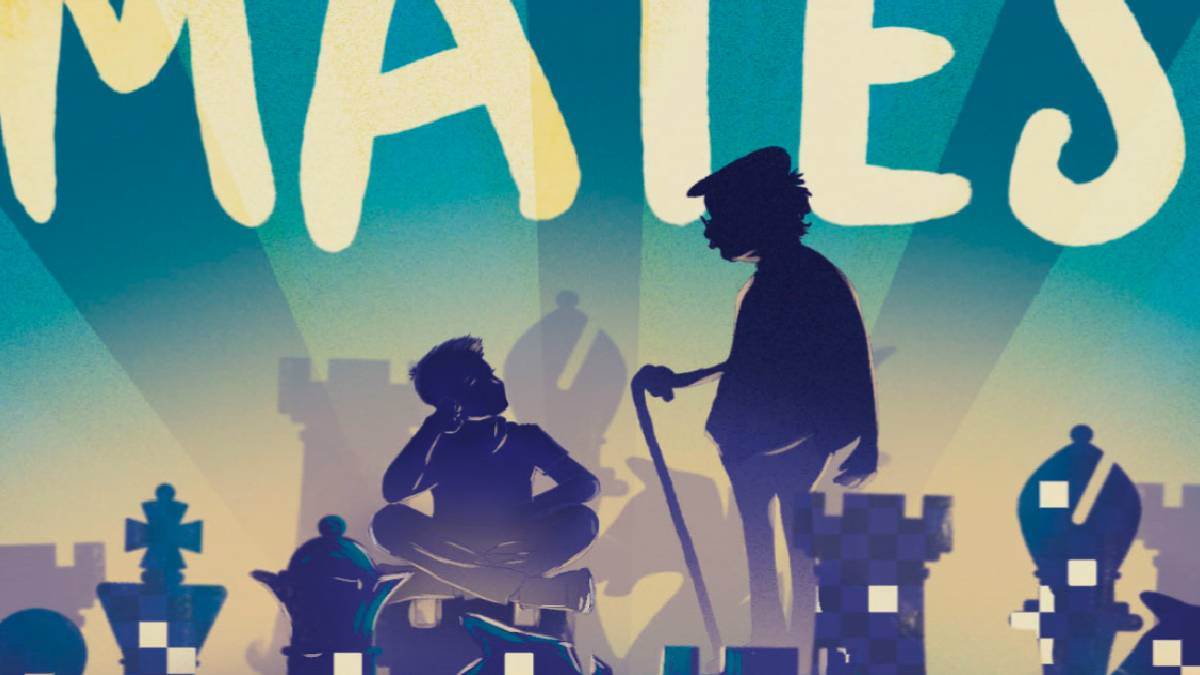 One time, I even remember him throwing a banana at the (then) blackboard and laughing out loud as it slid down on to the floor. I think most of us liked him, but the teachers were always complaining that he was disruptive in lessons, and that he just never seemed to be able to sit still and read a book for more than two minutes.

Years and years later, that kid was lucky enough to be able to sit down and try to write a book, but the trouble was, the problems that plagued him at school were still with him now. His attention span was so lousy, he couldn’t sit still to write for more than twenty minutes at a time. Then he came up with a plan: why not simply write short chapters? That way he could write, go off and ride his bike, eat Nutella sandwiches (not at the same time), then come back and write another chapter.

Luckily for him, the plan worked, and the result was the book Check Mates.

So yep, you guessed it, that kid was, and still is, me – unable to sit still, daydreaming about Martians, incapable of reading other authors' books. I’m not going to lie, it annoys me like mad. Annoyed me enough to write about Felix, an eleven-year-old kid with ADHD. I wanted people to know what it feels like to not be able to pay attention. I wanted teachers to know that the kid who shouts random things like, ‘Miss, your dress is on fire,’ or ‘Sir, have you ever been to Kathmandu?’ can’t help it. And I wanted kids who have ADHD or simply struggle at school to know that there are people out there, feeling the same as they do.

Oh blimey, I feel like this suddenly got a bit serious so let’s lighten it up a bit and I’ll tell you that a couple of scenes in Check Mates are based on true events – Granddad’s pink car, for one. When I was eight, my best mate’s Granddad used to pick him up in a pink car that he had hand painted so badly the windows had a pink tinge around them. Just so you know, I was so embarrassed that I never got in the car, but I love how my mate loved his granddad so much that he simply didn’t care what people thought. I think that’s pretty cool.

The other true scene is when Felix plays chess against an opponent from another school and the girl puts him off his game by eating tangy cheese Doritos. This actually happened to me but instead of Doritos it was egg sandwiches, which made me retch and lose the game… Oh, while we’re talking chess, no, I am not a Grand Master. In fact, I’m rubbish at it, but I had great fun researching all the moves, and making up some of my own.

So that’s about it. You got to hear about that weird kid at school and why he or she shouts random things, and, just remember, that in maybe twenty years’ time, that person might sit down and decide to write about their school days, and perhaps, more intriguingly, that person might be you.