I'm not sure if I've actually ever seen a ghost or a UFO, and I've never managed to spot a lake monster despite spending many hours by Loch Ness on holiday in Scotland, but I've loved spooky stuff and mysteries ever since I was old enough to read about them. 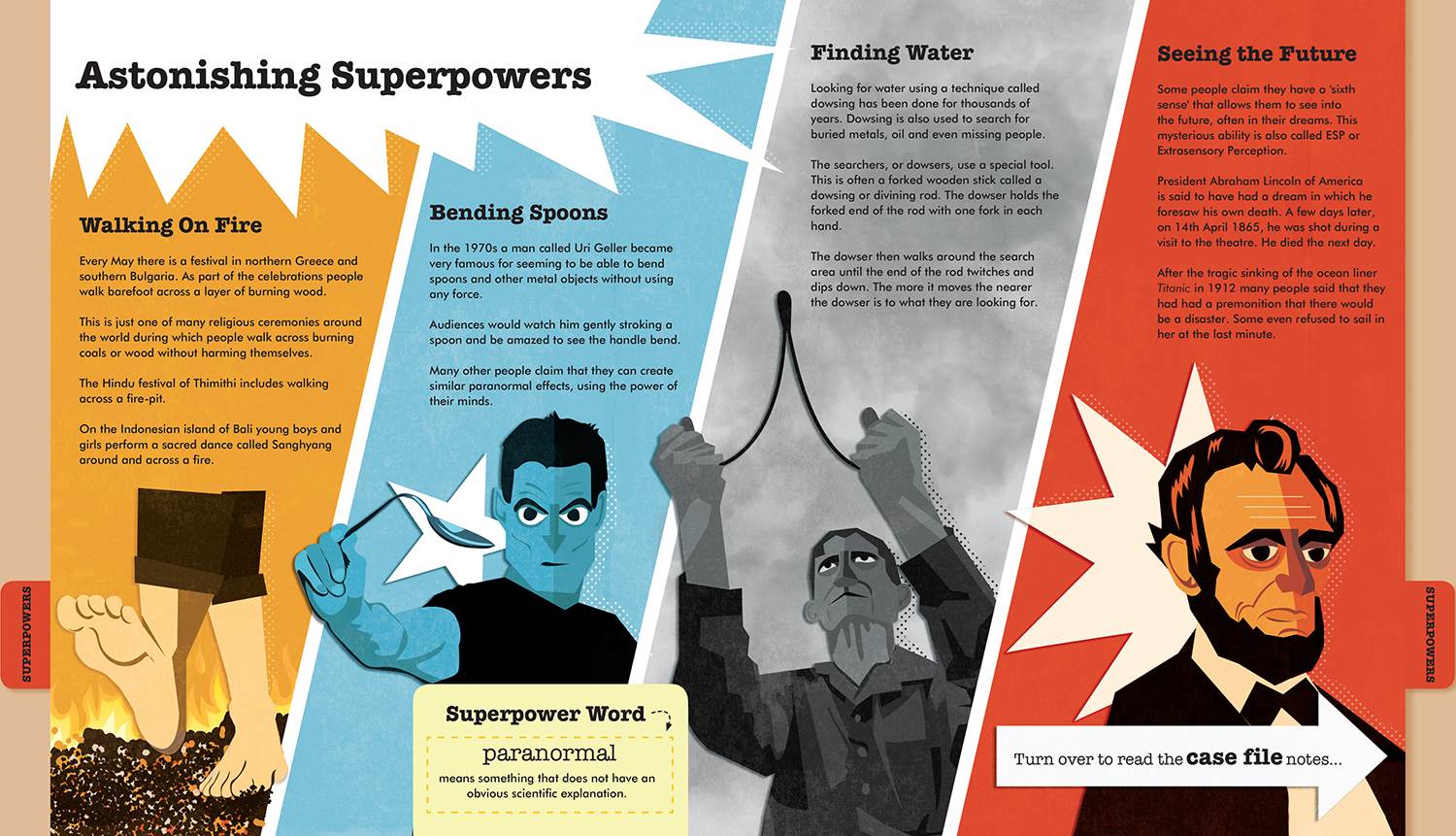 One of my favourite books was called The Reader's Digest Book of Strange Stories, Amazing Facts. It was my dad's, but I used to spend hours reading about the most haunted houses in Britain or spontaneous human combustion when I should have been doing my homework. Some of the photos in it were really scary, but it was totally fascinating. I got really obsessed with trying to work out what had really happened or if any of it was actually true.

Working on my own Real-life Mysteries was just brilliant because I could spend all my time researching and reading about as many weird and peculiar things as possible. There was so much information to look at in other books and online while I was researching the book, but one of the first things I did was to find a second-hand copy of that Strange Stories, Amazing Facts book and I also discovered another fantastic book called Chambers Dictionary of the Unexplained. The only trouble was that it was so hard to decide which mysteries to write about and investigate myself. I don't know if I've chosen your favourites, but these are some of mine and I hope you will find them as intriguing as I do.

I have included stories from all over the world. In fact, when I started researching some of them, like Big Foot and Monsters from the Deep, I found out that these scary creatures have been seen in many different countries. I couldn't investigate all of them in detail, but I have mentioned them in the book so maybe you will? It is fascinating to think that people all over the planet may be seeing similar hairy, scary beasts and lurking lake creatures! 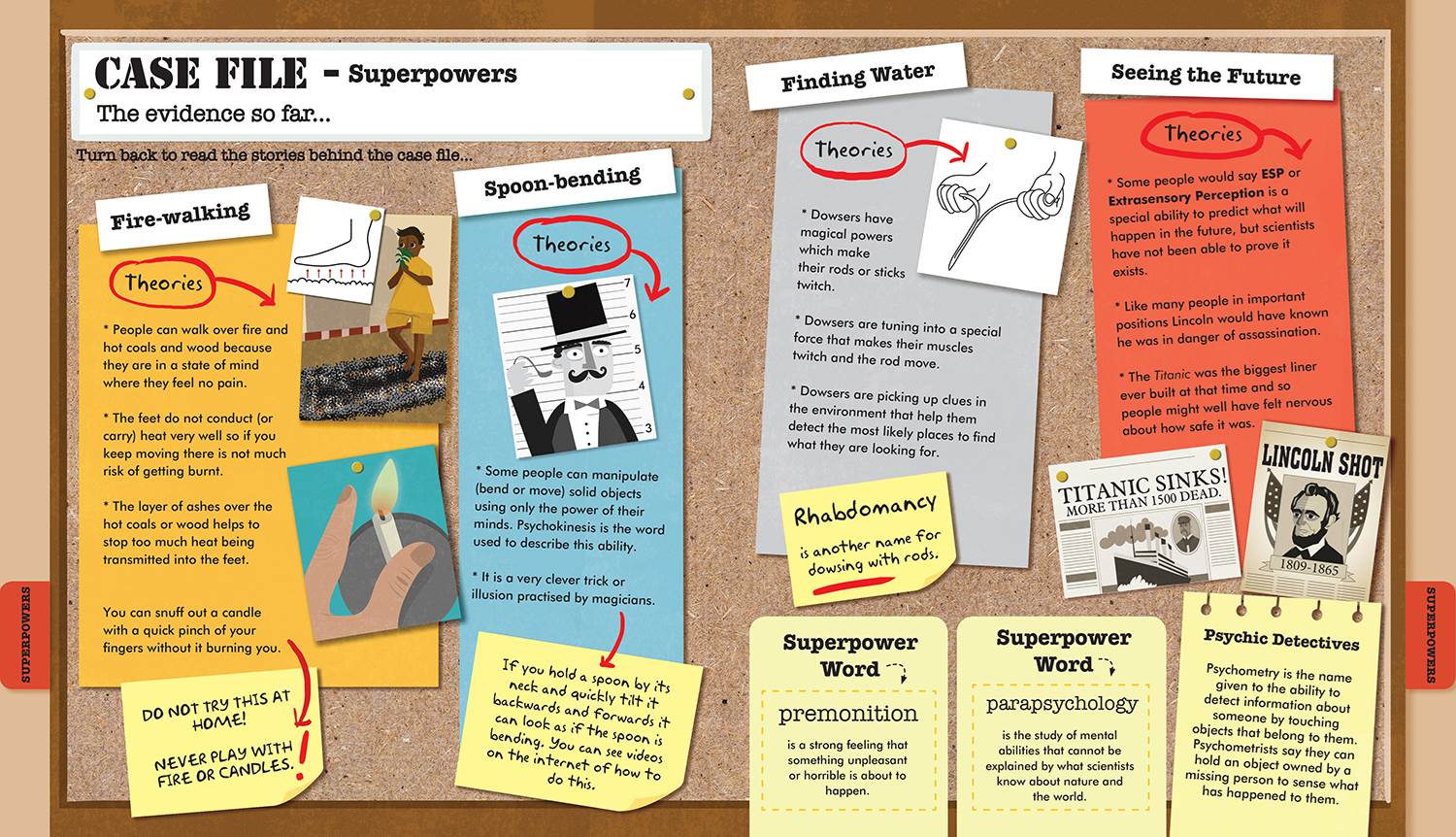 I say I don't think I've ever seen a ghost either, but I have definitely felt a strange 'presence' that was actually very comforting. It was really odd, because my mum felt it too, and we only talked about it a lot later. When it came to writing the book, I wondered if other people had had this kind of strange experience. I started to search for similar 'friendly ghost' stories and was amazed to find out that there is even a name for this phenomenon: Third Man Syndrome. All kinds of people, from Arctic explorers to astronauts, described something similar so I just had to include it in the book with all the theories that might explain what is going on.

I just love the idea of unscary ghosts especially because, while I was writing the book, all the other people who usually live with me were away from home for a few weeks. It was fine during daylight, but I admit that there were times when I really, really spooked myself when it was dark outside. I hope you don't get too scared reading the book, and you can always read the case files that come after the stories to find out what might be behind these mysteries. Just keep the lights on!