Meet the children who changed the world

Marcia Williams has written and illustrated an inspiring and remarkable book that tells the true stories of children who stood up for their rights. She tell us why these voices matter. 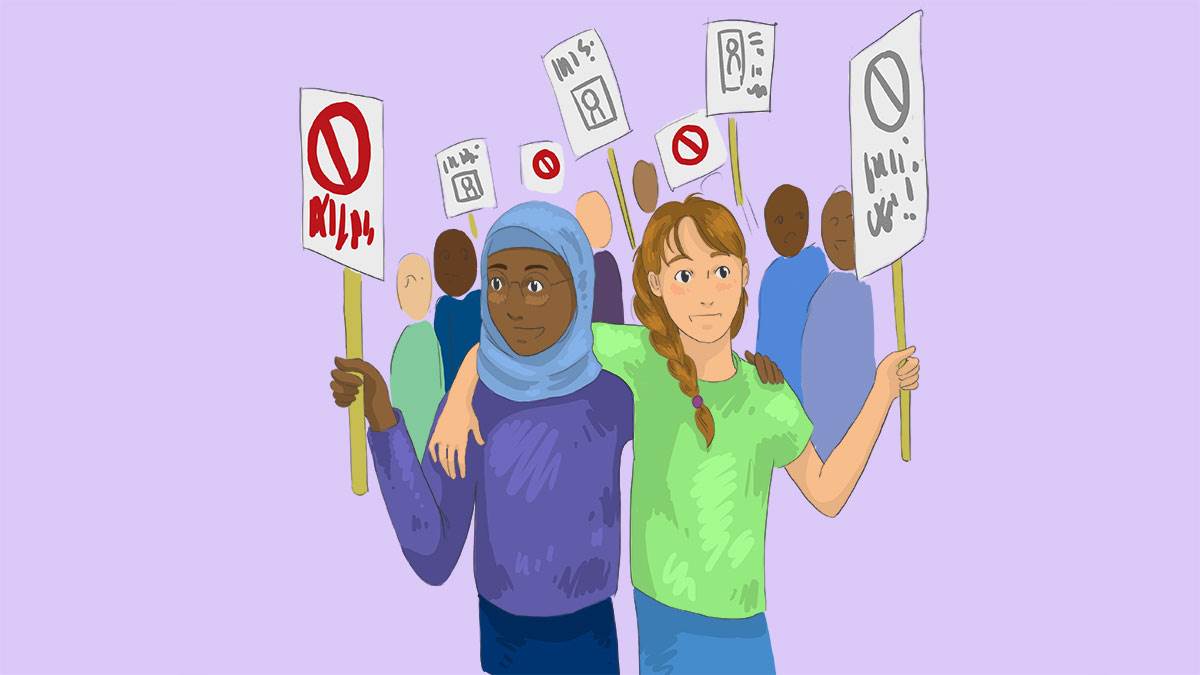 This is a very special year for children’s rights. It marks the 30th anniversary of the Convention of the Rights of the Child.

The Convention, which was adopted by the UN General Assembly on 20 November 1989, protects the rights of all children everywhere, from discrimination, violence and neglect. It gives children the right to a safe and happy childhood, one in which they have the chance to thrive and have their needs met, including the right to an education.

One hundred and ninety-six countries have ratified the Convention and this anniversary is an important opportunity for us all to not only highlight the importance of child rights, but to renew our efforts to help all children in the community, be it in the local community or internationally, to flourish and achieve their dreams.

Why the rights of children have never been so important

I first became interested in child rights when I read about Eglantyne Jebb. Born in Shropshire in 1876, Eglantyne came from a wealthy family with a strong social conscience. At the end of the First World War, she and her sister Dorothy founded the organisation Save the Children to help relieve the effects of the war’s aftermath on children in Austria and Germany.

In 1923, Elantyne drafted the first five rights for children, to make sure they are given the best start in life. These initial five rights have grown into the 54 articles of the Convention of the Rights of the Child. Eglantyne Jebb left us this amazing and precious legacy, which in an ideal world would keep every child safe from harm and discrimination.

Sadly, we live in a time of turbulence and there are many vulnerable children at risk of not receiving, or even knowing about, their rights. Many children still miss out on the their most basic rights such as a safe home and an education. Others are discriminated against because of race, gender or disability. This anniversary gives us all a focus and a chance to raise our voices for these children and demand that they receive their rights!

I have learned that one of the ways we can help children realise their rights is to make sure that every child has a knowledge of them, this empowers them to fight for their own rights. Like many well-worn phrases, ‘knowledge is power’ has lost much of its impact, but while researching my book Children Who Changed the World, I became aware of the life-changing impact that knowledge of their rights has had on so many displaced or disadvantaged children.

While they were unaware of their rights, they were victims – the tragic consequences of adult folly. They were helpless and without the power to stand up against the adults who were failing them. But more often than not, once they discovered that they had their own set of human rights, including the right to respect and a voice, they felt less vulnerable and more able to speak out. Many would then start to campaign for their rights and most impressively, for the rights of their contemporaries. One moment they were victims and the next they were activists who were fighting to change their world and the world of other children in need.

I had no idea when I started writing about Children Who Changed the World, what an inspiring and moving experience it would be. Of course, there are many adults who campaign for child rights, but what I hadn’t realised before writing the book was just how many child activists there are. In fact, the number of young activists making a real difference in the world is awe-inspiring!

Many of the children in my book are winners of the International Children’s Peace Prize, which is awarded annually by the organisation Kids Right. I wish I had had space for more of them – you only have to look on the Kids Rights website to see how many courageous and dedicated children I had to leave out. There are also those who came to the world’s attention after I wrote the book, like Greta Thunberg, who has managed to mobilise a whole generation of young people to take action against climate change.

Of course, not all child activists have won prizes or have a high profile. Many just quietly campaign to change injustices in their local community: saving their lunch money to buy food for less fortunate children, standing up against bullying, or starting after-school clubs and sharing their education with street children. The youngest activist in the book started her campaign to bring play to displaced children when she was just four years old!

Every right of the child has an equal value, just as every one of these young campaigners has an equal value. Being limited by page numbers, I tried to choose the activists who represented as many different countries and rights as possible.

The incredible thing about many of the child activists that I have included in the book is that although they were denied their rights, and often suffered terribly as a result, they never forgot their peers. When their luck changed, they didn’t turn their backs on the other children in similar circumstances, but stood up and fought for them too. People like Malala Yousafzai, who continues to fight for every child’s right to an education after the shocking attack on her life. Or Kez Valdez from the Philippines, who from the age of seven, campaigned for every child’s right to good care – even though he spent his early years scavenging on the city dump. This I find one the most moving qualities amongst these young people.

Ryan Hreljac: Bringing water to others

So I believe that the 30th anniversary of the Rights of the Child is a chance to celebrate these amazing young people, to lend our voices in support of their work and look forward to a better future for all our children, wherever they are in the world.

From the stories of these young people, we learn that you don’t need to be rich, famous, or even an adult to make a difference – you just have to believe that every child has the right to a safe and happy childhood and think of one small thing you can do to promote this simple truth.

As the activist, Ryan Hreljac, says: ‘You are never too young or too old to make a difference – just find your passion’.

When it comes to passion, nobody who has witnessed a BookTrust event could doubt their passion for sharing books with children and encouraging them to read. A vital way of opening up the world to young people and giving them a greater chance to realise their full potential. BookTrust impacts on the lives and aspirations of hundreds of young people, children who might otherwise fall through the cracks.

My passion is also to share stories, both new and old, with young people and to raise awareness of their rights and the incredible child activists who fight for them. If you have a passion, however big or small, I would urge you to take this opportunity not only to follow it, but to shout out loud for the right of every child to follow theirs in a safe environment, by spreading the word and letting as many people as possible know about the 30th anniversary of the Convention of the Rights of the Child.

Thandiwe Chama from Zambia, who campaigned for her and her friends’ right to an education, said:

'If children are given an opportunity, they for sure can contribute to making this world a better place.'

I’ll second that, and wish you all an action-packed 30th anniversary of the Convention of the Rights of the Child – be you child or adult!

Teen books on politics and the big issues