Christmas might be over, but don't be blue – we've got so much to look forward to! 2019 promises us lots of treats with plenty of wonderful new books lined up to enjoy.

But that's not all, because some of our favourite stories will also be making their way to the screen. We've put together a list of the books you need to read before switching on your telly or heading to the cinema next year (and we looked ahead at what's still to come, too...)

1. The Knife of Never Letting Go by Patrick Ness

Patrick Ness has already seen his book A Monster Calls hit the big screen – now it's the turn of The Knife of Never Letting Go! Titled Chaos Walking for the cinema, it follows the story of Todd Hewitt, the only boy in a town of men. He's a month away from the birthday that will make him a man, but the town's been keeping secrets from him...

Chaos Walking is expected to hit cinemas in March and has an impressive cast, including Tom Holland, Daisy Ridley, Mads Mikkelsen, Nick Jonas, David Oyelowo and Cynthia Erivo, so get reading!

2. Noughts and Crosses by Malorie Blackman

We couldn't be more excited about Malorie Blackman's incredible book Noughts and Crosses coming to BBC One next year! The former Children's Laureate's story follows two young people who fall in love: Sephy, a member of the black ruling class, and Callum, a white member of the underclass. As they come of age, their relationship grows more and more complicated...

3. His Dark Materials by Philip Pullman

Another BBC One series to get very excited about! While the movie adaptations of His Dark Materials got a mixed response, we have high hopes for this new television version – it doesn't have an air date yet, but filming is already underway, so it's looking good for 2019.

The first series will be based on Northern Lights – the first book in Pullman's trilogy – so you could just read that one for now (as if you'll be able to stop once you've started, though!) We'll have to wait and see just how well Dafne Keen will capture the Lyra we know and love, but the show boasts an impressive cast, with other stars involved including Lin-Manuel Miranda, James McAvoy, Ruth Wilson and heaps of other big names.

The script's being written by Jack Thorne - the man behind Harry Potter and the Cursed Child and lots of wonderful telly - so it looks like we'll be in very good hands.

Read our review of Northern Lights

4. The Moomins books by Tove Jansson

We can imagine that lots of people are eagerly awaiting this one! Moominvalley – a new animated series for Sky One – is due to start airing in spring 2019 and will use an unusual mix of 3D characters and 2D illustrated elements, to hopefully capture some of Tove Jansson's magic.

Expect to recognise a few of the voices behind the characters, too: Taron Egerton is playing Moomintroll, while other stars involved include Kate Winslet, Rosamund Pike, Bel Powley, Warwick Davies, Katie Leung, Richard Ayoade, Jennifer Saunders, Matt Lucas, Alison Steadman and Will Self. Quite a bunch!

Is there something in the water? There are not one, but two adaptations of H. G. Wells' classic tale coming to your screens next year. First up will be a BBC three-part series starring Rafe Spall and Poldark's Eleanor Tomlinson, while an American adaptation is also thought to be in the works (Greg Kinnear is rumoured to be appearing in that one). So it looks like this is one to get reading...

Bring on August! We cannot wait for the big-screen adaptation of Eoin Colfer's fantastic Artemis Fowl, which will star Ferdia Shaw in the lead role (you can also expect to see Nonso Anozie and Dame Judi Dench!) The film's being directed by the brilliant Kenneth Branagh, so we think we're going to be in for a treat – and it's an excellent excuse to read (or revisit) a fantastic piece of children's literature.

7. The Call of the Wild by Jack London

This classic story of sled dogs in Alaska never stops being popular, so it's no surprise that it will be coming to the cinema next year (though it looks like you'll have to wait until December). Karen Gillan, Dan Stevens and Harrison Ford are among the stars involved in the film, so it should be a great ride.

8. Little Women by Louisa May Alcott

It feels like we can't move for adaptations of Little Women... but frankly, we don't need much of a reason to return to Louisa May Alcott's wonderful tale!

This movie looks like it's going to be really special, too: it's being written and directed by Ladybird star Greta Gerwig and has an amazing cast. Saoirse Ronan will be Jo, Florence Pugh is Amy, Eliza Scanlen will be playing Beth and Emma Watson is starring as Meg – and that's before we mention that Laura Dern is Marmee, Meryl Streep is Aunt March and Timothée Chalamet is Laurie. The only downside is that it looks like we'll have to wait until December...

Read our review of Little Women

We love Shane Hegarty's brilliant Darkmouth books – the wonderfully funny stories follow Finn, the last remaining Legend Hunter (and, it's fair to say, something of an unlikely hero). And now we can look forward to an animated movie, expected to arrive in the summer. If you haven't discovered the series yet, now's the time to dive in!

Read our review of Darkmouth

The books and movies based on children's books coming after 2019...

1. The Voyages of Doctor Dolittle by Hugh Lofting

New movie The Voyage of Doctor Dolittle doesn't quite make it into 2019, but it's expected to be released in January 2020 so you might as well get reading now! Robert Downey Jr will star as the iconic doctor who can talk to animals, and you can expect creatures voiced by the likes of Selena Gomez, Rami Malek, Octavia Spencer John Cena and heaps more besides.

2. The Chronicles of Narnia by C.S. Lewis

Get reading! We're very excited that Netflix has picked up the rights to all seven books in the classic Narnia series and is planning not only television series, but films as well. We don't know when we'll see the first project arrive, but with seven books to get through, you might as well start reading now...

Read our review of The Lion, the Witch and the Wardrobe

3. The Hundred and One Dalmatians by Dodie Smith

Get excited, because Disney is planning a new movie based on this classic – with a twist! Cruella will be a prequel and is expected to star Emma Stone as one of the most iconic villains in children's literature – will we find out how she became so cruel? There doesn't seem to be a confirmed release date for the film yet, but it's never a bad time to revisit The Hundred and One Dalmatians!

We're keeping our fingers crossed that this new BBC series arrives next year – but with filming not due to begin until then, it could slip into 2020. Still, it'll hopefully be worth the wait: the series is coming from the creators of Sherlock so we should be in for a must-watch show. And if you've never actually read Bram Stoker's famous story, why not use this is as the perfect excuse to dig in? 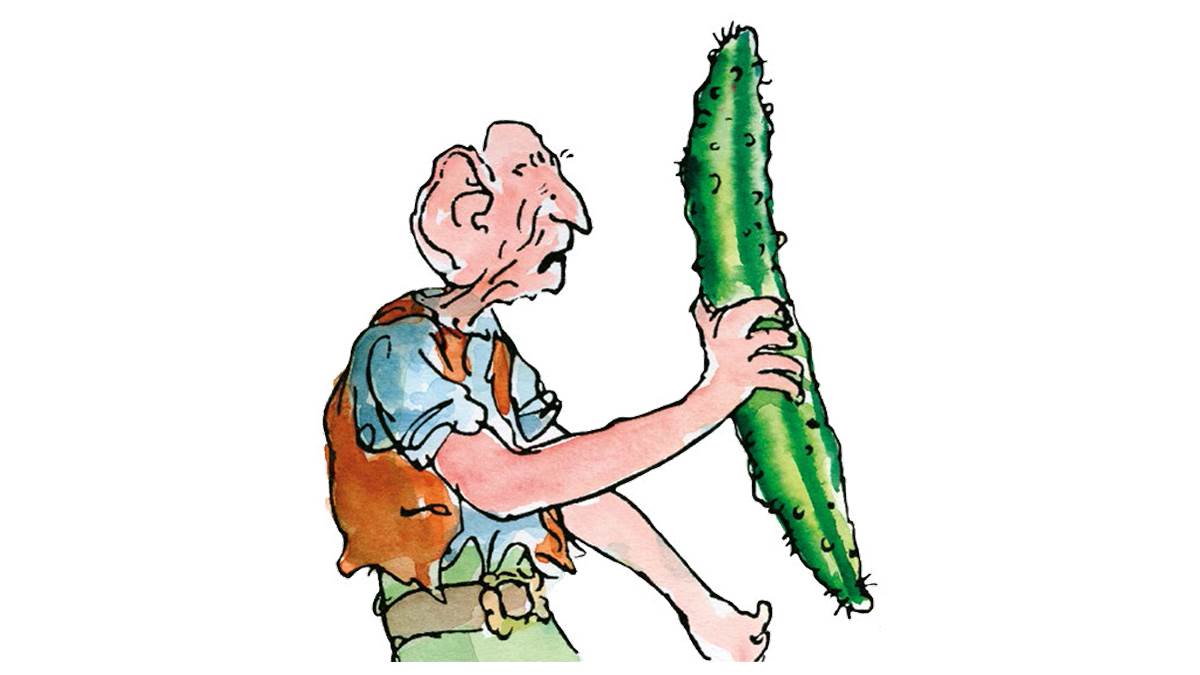 We all know that Roald Dahl's books work brilliantly on screen – from Matilda to Charlie and the Chocolate Factory – so it's very exciting that Netflix have signed a deal to create new animated series based on some of his favourite stories! All we know so far is that production will start on the first one in 2019, but the deal includes (deep breath): Charlie and the Chocolate Factory, Matilda, The BFG, The Twits, Charlie and the Great Glass Elevator, George's Marvellous Medicine, Boy: Tales of Childhood, Going Solo, The Enormous Crocodile, The Giraffe and the Pelly and Me, Henry Sugar, Billy and the Minpins, The Magic Finger, Esio Trot, Dirty Beasts, and Rhyme Stew. So, yes, you might want to start reading now.

6. Are You There God? It's Me, Margaret by Judy Blume

Again, we don't have a release date for this movie yet, but we're very excited that Judy Blume has agreed to a big screen adaptation of one of her most iconic stories ever. We don't know when it's coming, but we do know that the director of coming-of-age film The Edge of Seventeen Kelly Fremon Craig is behind it, so it should be fabulous when it arrives.

Who didn't dream of a life at boarding school after reading Enid Blyton's brilliant Malory Towers books? Now we can look forward to enjoying them on television, too, as the rights were recently sold to the production company behind adaptations of David Walliams stories like The Midnight Gang and Ratburger. We don't know when Malory Towers will arrive on our screens, but with six books in the series (plus six new additions from Pamela Cox) we're going to start reading now.

Read our review of First Term at Malory Towers

It looks like it will be a while before this comes to our screens, but given that Tolkien's masterpiece is pretty lengthy, it might be worth starting now! Already turned into a hugely successful movie series, The Lord of the Rings is getting another adaptation – it will be given a new lease of life as a TV show on Amazon, who have committed to five seasons under a huge $250m deal.

There are lots of rumours about this one: it looks like it's actually going to be a prequel to the books, potentially centred on young Aragorn, and it's said that it could end up being the most expensive television series ever with a $1 billion budget. Phew! But don't get too excited because it looks like it won't arrive until 2020 at the earliest.

Which adaptation of a children's book are you most excited about? Let us know in the comments!