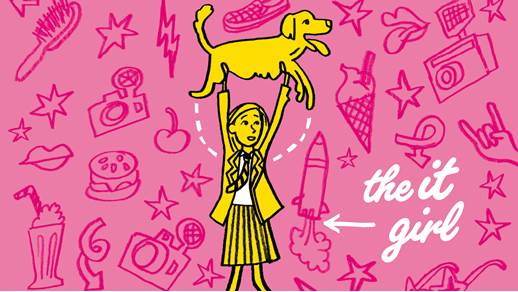 1. Stock up on snacks

Writing is hard work, you need your fuel, especially when you have writer's block (which, by the way, every writer on the planet gets) and yes, I appreciate that most authors would not start an important Bookbuzz blog post all about the creative writing process with a point about snacks.

They'd probably say something yawn like, 'think about structure' or 'write what you know' or 'think of your character's motivation' blah blah blah.

Whatever, the food thing is way more important.

2. Don't get distracted by pigeons

You might not think this is a big deal, but seriously pigeons are very distracting. Especially in London. One minute, you're gazing out of the window, looking wonderfully pensive as you ponder your plotline, and the next, you realise your mind drifted and you've spent the last 15 minutes watching a pigeon attempt to eat a stray crisp off the pavement. Keep your eye on the prize (not the pigeons).

3. Don't name a mean character after someone you know

Trust me, you may think it's a good idea because, hey, they were so mean to you and now you have a chance for revenge and they have been written permanently into a book and everyone hates the character based on them MWAHAHAHA.

But actually it is very awkward years later, when you're perusing the cheese counter in a random food market and you run into Molly Walker and she asks about that horrible character you wrote named Molly Talker.

Your voice will go very high pitched and you will start sweating and you will forget what's happening in life and you will just say something nonsensical about Camembert.

It is not worth that moment of UTTER FEAR. Trust me.

4. Make notes all the time

Okay, so don't judge me, but sometimes I make notes of what strangers say on the tube.

Inspiration comes from all over the shop, so make sure you always have a little notepad on you, or use your phone, and if someone says something that sparks an idea, make sure you WRITE IT DOWN. Observing a weird quirk or overhearing the strangest of sentences can inspire a character, a plot, sometimes even a whole book. Get it down before you forget it; you'll thank yourself later.

You do end up with loads of random notes in your phone, saying things that make no sense, like, 'tortoise flares', but it's worth it.

I still don't know what the 'tortoise flares' thing was, but one day that might be a bestseller.

Don't roll your eyes, this is an important point. If you don't have fun writing it, chances are people won't have much fun reading it. Do it your way, enjoy every moment and don't give up. Even when:

It's all worth it in the end. Trust me.

(Seriously, though, what is a shoe candle? WHAT DOES THAT EVEN MEAN?!)