The Adventures of Dumpling the Unicorn!

The immensely talented and down right wonderful illustrator Sarah McIntyre, who's work includes Jampires and There's a Shark in the Park, became our fifteenth Writer in Residence back in 2017. In this blog Sarah bid us farewell as her residency came to an end. 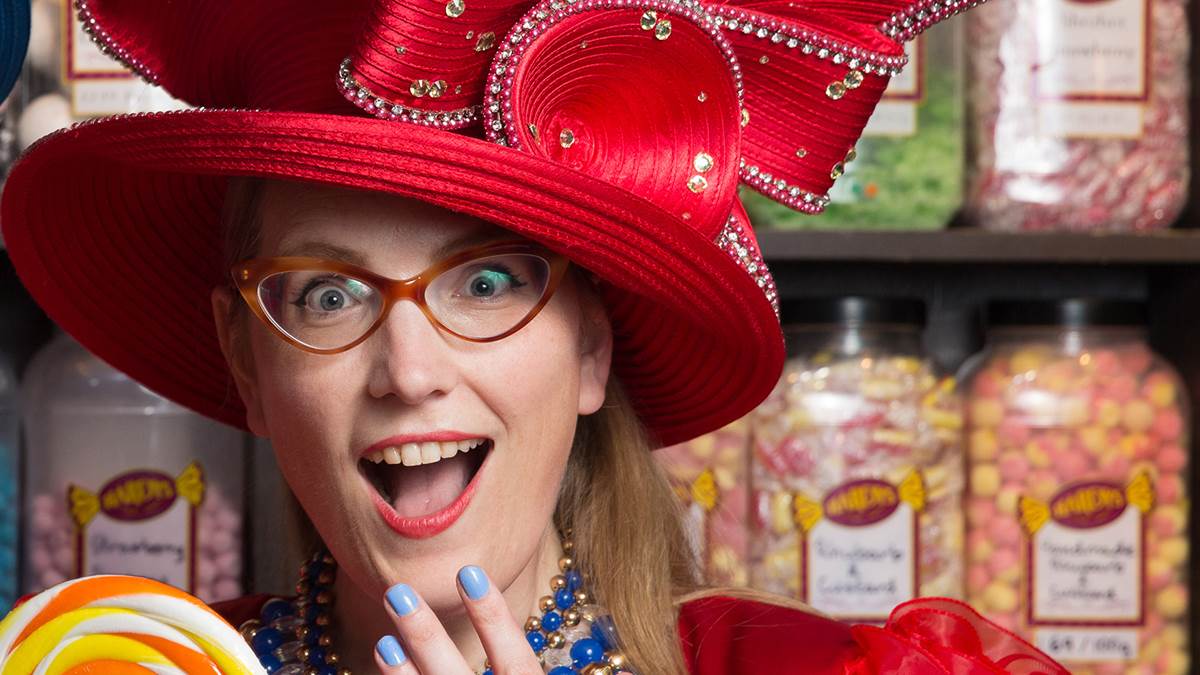 For my final blog post as BookTrust Writer-Illustrator in Residence, I'm thrilled to announce the results for the 'Pictures First' competition, starring Dumpling the Unicorn!

To me, Dumpling is a joyful symbol of imperfection. People often saying drawing horses is difficult, but Dumpling's really just a blob with legs and a silly face poking out of it. No one has to wait until they can draw so-called 'perfect' pictures to take their characters off on hilarious adventures. Sometimes a wobbly doodle is more fun.

In talking about stories, people so often think first of the writers, imagining that they provided the first creative spark that got the project rolling, but it doesn't always work that way. Sometimes a picture will come first: a drawing or doodle, possibly even an image in a writer's mind.

Even when the words come first, many illustrators take the stories to completely different levels, showing people all sorts of things with pictures that they won't find in the text. I'm keen for people to pay attention to the pictures in stories, and take note of the people who created them. Many children come to stories through pictures and drawing. We wanted to celebrate that pictures-first process by showcasing their artwork, and to encourage them to keep drawing stories!

So let me introduce you to the weird and wonderful worlds created by these talented children and much-loved writers Philip Reeve, Holly Smale, Candy Gourlay, John Agard and Piers Torday. (I wrote one, too!) I love the way the writers have taken the children's ideas and added their own style and humour to them. Here are the winning six pictures and links to the stories they inspired!

I loved Silver's bold colours and the patterning on the planet in the background. But it was the goofy green fart full of planets and stars that did it for me, and Philip Reeve said, 'Let me take this one!'

Dumpling and the Cosmic Wind, words by Philip Reeve

Back when everything was brand new, a giant blue space unicorn galloped among the stars. His name was Dumpling Von Twinklehorn, and he was very lonely, since he was the only giant blue space unicorn in existence (as far as he could tell). In fact, he seemed to be the only living thing of any sort. Everything was so new back then that there were only stars, shining their beams across the sky like lighthouses, and, here and there, a big, emp-ty planet. ...Read the rest of the story here!

I loved how magical this picture felt, with the sea's currents and tiny mermaids swimming around a tower full of gems. Dumpling looks great in scuba gear!

Dumpling and the Magic Mermaid, words by Holly Smale

It was a hot summer day and Dumpling the unicorn was at the beach, making a sandcastle.

Or trying to, anyway.

"Oh dear," he sighed, because every time he made a turret his big unicorn horn knocked it down again. "This isn't as much fun as I hoped it would be."

Then he looked up enviously to where the mermaids were all splashing about in the cool water.

"It's getting so hot: I wish I was a mermaid today." ...Read the rest of the story here!

Joe's drawing is so vivid and zany and had such gorgeous patterning that I selfishly nabbed it for myself. I love how Dumpling looks completely nuts. I'd never written a football story, even though I spent my childhood playing on a football team, so this was my big chance!

Dumpling of the Rovers, words by Sarah McIntyre

What are you saying, you haven't heard of Dumpling the unicorn? The most famous footballer in the world? What? How can this be? Then you obviously know nothing about football; let me tell you the story. ...Read the rest here!

Find out more about my books here!

Olivia's drawing is wonderfully bold and atmospheric; I can almost feel the heat and claustrophobic darkness of the setting. But the slightly scary mood is offset by Dumpling's gormless expression. Love it!

Dumpling and the Mystery Sneezes, words by Candy Gourlay

One day Dumpling the Unicorn was trotting along, minding her own business when she heard a voice.

But there was nobody in sight. She was all alone on Volcano Island. ...Read the rest of the story here!

Miki's drawing is a gift to a writer; of all the entries, this picture had the most intriguing visual clues. The banana peel, the elephant logo, the wordless signs, the shocked giraffes. So many interesting things going on here!

A Beastie in Love, words by John Agard

Three buttons will do to trendy up my tummy.
You heard me, three buttons, no more, no less

for when you go a-wooing a crocodile,
it's wise to be appropriately dressed. ...Read the rest of the poem here!

I loved the cheese-based architecture of this one! The warm, exciting colours and the strange little scenes through the windows made me want to know more.

There is a Unicorn in My CHEESE!!!, words by Piers Torday

If you please,
there is a unicorn
inside my CHEESE!!!

I don't know how it got there
With beetroot mane
And radish coloured tail
It's quite beyond the pale ...Read the rest of the poem here!

We had so many wonderful entries! Huge thanks to everyone who took part - you can see our six runners-up in the gallery below.

See the Dumpling the Unicorn runners-up

Keep drawing! And people of all ages, when you read stories, remember to pay attention to the people who drew the pictures! You can find out more about why this is so important at picturesmeanbusiness.com.

Thank you for hosting me, Anna McKerrow, Emily Drabble, Sophie Offord and Sharon Fried-Jones at BookTrust!