British authors and illustrators of colour are consistently under-represented in the publishing industry, according to the findings of a groundbreaking new report, released today. 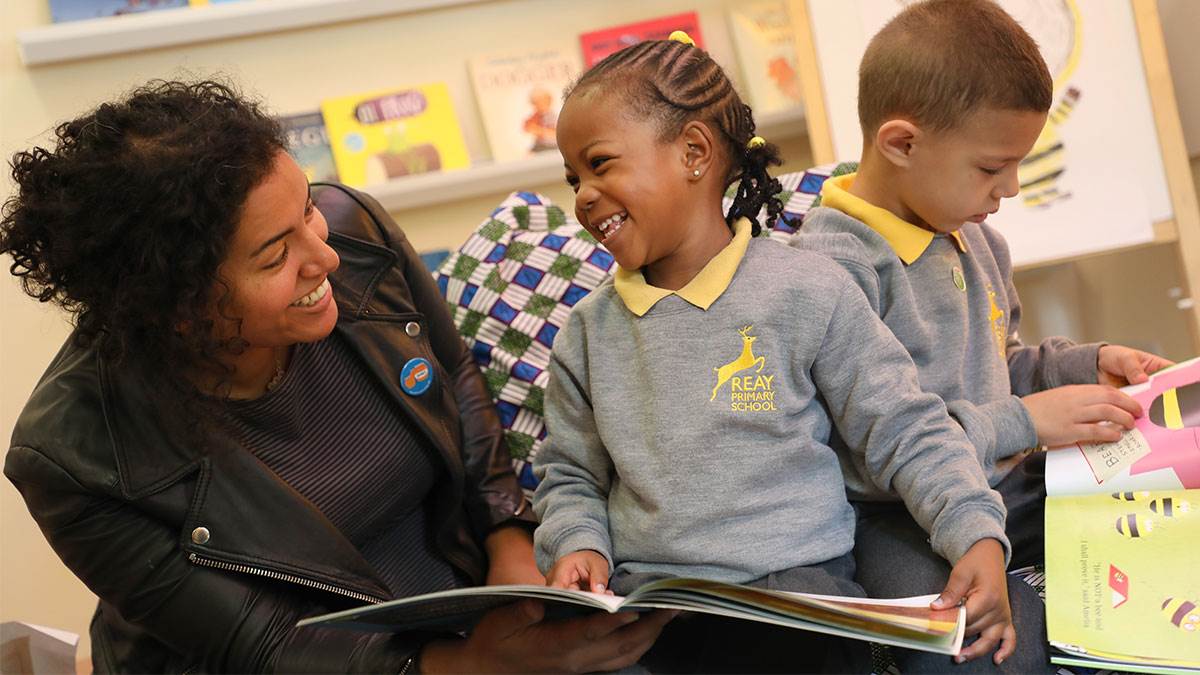 As the UK’s largest children’s reading charity, we commisioned the research that found that over an 11-year period, there has been a consistent under-representation of British authors and illustrators of colour within the industry.

Find out more about our BookTrust Represents research

'Children need and deserve to see themselves in books'

'This significant piece of research shines a light on the fact that there is a desperate lack of authors and illustrators of colour within the children’s books industry. We know there is lots of positive work happening to help level the playing field but there is still a long way to go.

Sarah continued: The report highlights that the majority of the books available to readers in this country by writers and illustrators of colour are by overseas artists, shining a harsh light on just how poorly the UK is doing at developing home-grown talent. The stark findings that just 2 per cent of children’s books creators are British people of colour is truly shocking. To help combat this, we are pleased to support BookTrust’s three-year plans to provide vital opportunities for writers and illustrators of colour across the country, with the aim of increasing the number published in the UK from less than 6% overall, to 10% by 2022.'

In her previous influential work in 1990, Dr Rudine Sims Bishop said: 'Books are sometimes windows, offering views of worlds that may be real or imagined, familiar or strange. These windows are also sliding glass doors, and readers have only to walk through in imagination to become part of whatever world has been created or recreated by the author. When lighting conditions are just right, however, a window can also be a mirror.

'Literature transforms human experience and reflects it back to us, and in that reflection we can see our own lives and experiences as part of the larger human experience. Reading, then, becomes a means of self-affirmation, and readers often seek their mirrors in books.'

Next generation of authors and illustrators

According to BookTrust’s findings, creators of colour faced numerous barriers throughout their careers, including:

Many British children’s book creators taking part in the BookTrust Represents project have expressed concern that diversity in children’s publishing is just a buzzword rather than an agenda in fundamentally transforming the industry.

'I feel like everyone is talking about diversity in the industry now, that the awareness is more centre stage, but I feel concerned that after the noise, it might become a short-lived trend. I’m concerned that some of the actions taken feel a little tokenistic and will therefore be short-lasting.'

Author Patrice Lawrence said: 'When I give author talks in schools, I know that every young person in that hall has the potential to create original, engaging and thought-provoking stories. I also know that many young people do not believe there's a place for them to tell those stories. There are no names on the book spines like theirs, no author pictures that look like them. BookTrust Represents is a chance to change that by nurturing and showcasing new talent and inspiring the next generation of creators.'

BookTrust has also partnered with Speaking Volumes and Pop Up Projects to distribute copies of the Breaking New Ground brochure alongside book packs and recommended reads to schools across the country.

Breaking New Ground is a joint national partnership project between the three organisations, designed to increase the profile of British children’s writers and illustrators of colour. The brochure is the first free national resource to celebrate 100 British writers and illustrators of colour producing quality work for children and young people in the UK.

BookTrust will proactively promote these authors and illustrators in schools to help inspire future generations so that these children see reading as for them and a career in writing or illustration as something that’s achievable.