How books help you imagine a limitless future: Dapo Adeola on representation, reading and his favourite picture books

Writer-Illustrator in Residence Dapo Adeola answers all our questions on reading and reveals that – until recently – he was the only person who loved to read books in his family. Everything changed when, aged 7, he was allowed to choose his own books... 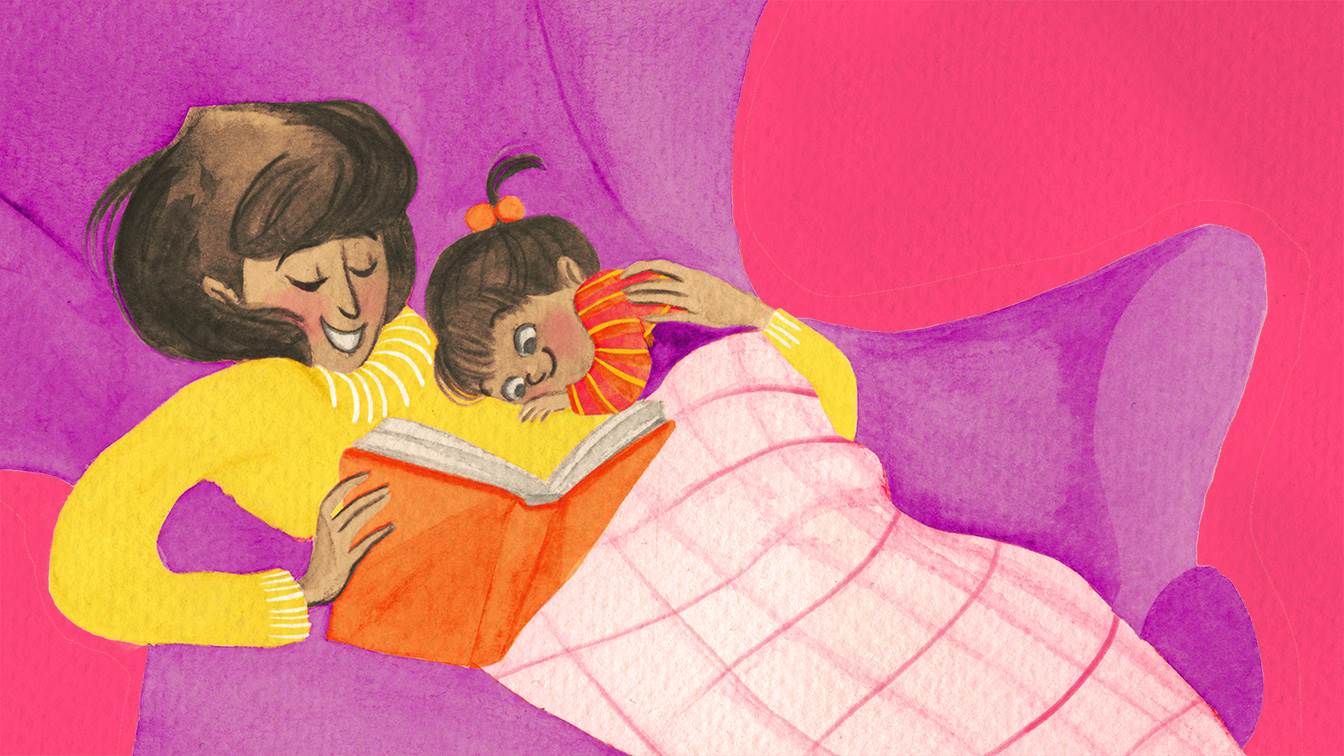 More about BookTrust's Writer-Illustrator in Residence

Why is it important for families to share picture books with their children?

Picture books are a great tool for development for children. They're a great way to introduce children to new images, to new things, to new places, as well as new words, and to help them expand their vocabulary.

Picture books are also great for bonding – parent to child, sibling to sibling... They're really, really good for reading out loud, which encourages play and bonding.

A great example can be found in the book My Dad is a Grizzy Bear, which is one of the books I've illustrated. The book is written in a fashion that gives you an opportunity for lots of shouting, lots of growling, and lots of stomping – which can be really fun for reading with a child.

Why is it important for all children to see themselves in books?

I think it's massively important that children see themselves and representations of themselves, and many other people, as soon and as early as possible in books.

For me, personally, it's the difference between seeing yourself in a position in life and not seeing yourself in a position in life. It took me a long time to visualise and see myself as an illustrator before I became one and that was largely due to the fact that while I was growing up, there was no representation of me in the field that I wanted to go into, on and off the page. It's the difference between being able to see yourself as something and imagine a future, or a limitless future, for yourself, and not being able to do that.

What was your experience of reading as a child?

Oddly enough, as a child I didn't actually grow up in a household where people read for pleasure. Up until recently, I was actually the only reader in my family. Until the age of seven, I was only reading to learn how to read. It wasn't until seven that I was actually given the choice of what to read and, once I was given that choice, everything changed for me. I started to read for escape, I started to read for pleasure...

Now though, I'm actually quite proud to say that my brother, since he had his son, has also become a reader, and he reads my books to his son. I'm proud to be the instigator of that kind of change in my family.

Can you tell us about some of your favourite picture books?

Yes, of course I can! So one of my favorite picture books is this book here: it's called So Much. It's wonderfully written by Trish Cooke and beautifully brought to life by Helen Oxenbury, and it's the first time that I saw a black family in a children's picture book. Despite the age recommendation, it's actually a great story to read to children of all ages, and I would especially recommend it for reading aloud to babies, as it's wonderfully and melodically written.

Next up is this wonderful book: it's called Barbara Throws a Wobbler. Not only is it a hilarious title by the hilarious author Nadia Shireen, it's also a very hilarious story, and a great way to introduce children to how to deal with this particular emotion, which is anger. It's funny, it's beautifully drawn, it's just tons of fun. Can't recommend it enough.

And last but by no means least, my latest picture book. It's called We're Going to Find the Monster, and it's written by the wonderfully talented Malorie Blackman and illustrated by myself. It's a story about these two young adventurers and their wild and crazy imagination as they make their way to find the monster. Honestly, can't recommend this book enough... I'm not supposed to say this but it's actually my favourite book that I've illustrated so far. So pick it up, you won't regret it!

More about BookTrust's Writer-Illustrator in Residence