What To Read After... Richard Scarry

If your little ones love Huckle Cat and Lowly Worm, try out some of our recommendations for what to read after the Busytown books!

For those who love fun fact books...

If you like nonfiction books where there’s lots to look at, Sports Are Fantastic Fun by Ole Konnecke is a real treat, with plenty of information about sports for middle primary readers with a tongue in cheek, chaotic feel, or Search and Find: An Alphabet of Alphabets illustrated by Allan Sanders has a Scarry-type variety of things to look at, and its themed alphabets are a great way to build vocabulary. Last, in Molly and the Mathematical Mystery Alexandra Artymowska’s phenomenal artwork ensures that young readers will be completely entranced with puzzles, riddles and maths problems to solve. There’s also Lucy Letherland and Ben Handicott’s brilliantly evocative Atlas of Adventures series to enrapture young readers with fascinating, detail-rich maps. 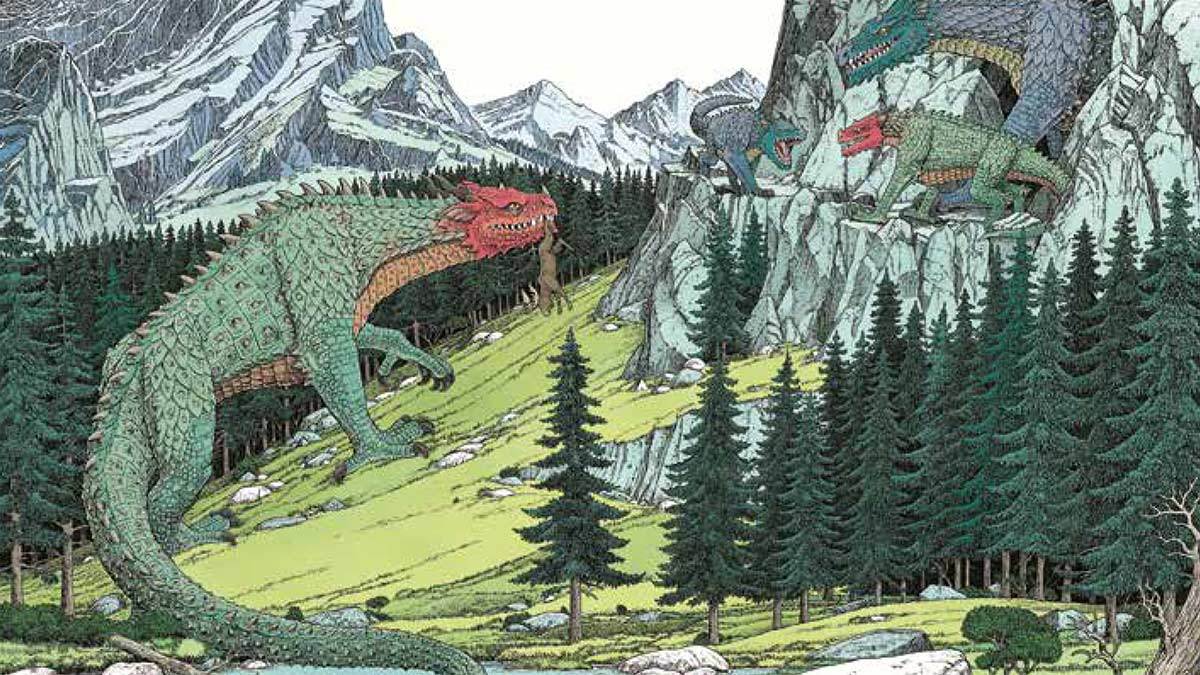 For fans of beautiful illustration...

If you love Scarry-esque illustration where there are lots of small (and sometimes unexpected) details to pore over, A Day With Dogs by Dorothee de Monfreid is an often zany breakdown of all the crazy things dogs might get up to in their spare time, including skiing and attending birthday parties. The Dragon Ark illustrated by the incredible Tomislav Tomic has beautifully detailed dragon illustrations, a fabulous cutaway of the Dragon Ark ship itself, complete with all its different rooms and chambers, and a raft of dragonish information. Last, all of Elys Dolan’s books, like Mr Bunny’s Chocolate Factory are full of background detail, puns and clever asides that 6-8 year olds will adore.

For readers who want the weird and wonderful...

If you’re looking for picture books with a sense of the surreal, look no further than the Ceri and Deri series from Max Low, where high colour cartoonish spreads follow two friends through everyday adventures that, nonetheless, have an appealing chaotic vibe, as does Jason Korsner’s book with Low, I Like to Put Food in My Welly. In The Kiosk by Anete Melece, a lady who lives in her tiny (but delightfully detailed)  kiosk discovers that she isn’t restricted to staying in one place, and in Spaghetti Hunters by Morag Hood, Duck is looking for spaghetti but can’t find it until he’s helped out by Tiny Horse, in a delightfully surreal tale.

Topics: Picture book, Features, What to Read After