The Accidental Wizard author Kimberly Pauley loves fantasy books and roleplaying games - the more dragons the better! She tells us how escaping into the imaginary world of Dungeons and Dragons has helped her and her son in lockdown.

I have always turned to fantasy in times of stress or when the real world feels like too much.

When I was young, it was T.H. White’s Mistress Masham’s Repose or P.L. Travers’ Mary Poppins or anything from J.R.R. Tolkein, David Eddings, Douglas Adams or Madeleine L’Engle. I’m sure all those years losing myself in books is how I wound up writing quirky fantasy novels for children. I write for the kid that I was (and still am).

Lately, during this global pandemic, escape has become even more important. My family, including my twelve-year-old son, has found that the fantasy roleplaying game (or RPG) Dungeons & Dragons has been an indispensable key to filling the void. It’s not just a roleplaying game; it’s like participating in a living fantasy story that you help write and experience with help from a Dungeon Master (DM), who acts as an organiser, arbitrator, and moderator. Much like reading and writing, it’s a game that takes imagination, creativity, perseverance…and even maths skills! 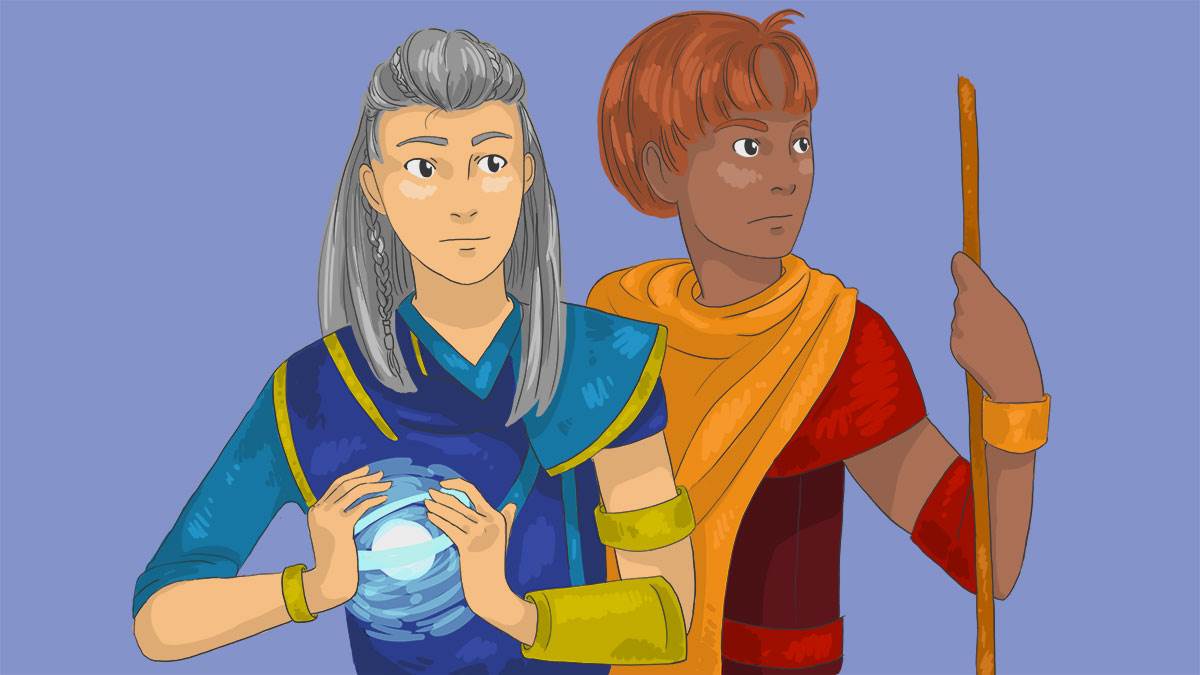 But the best thing is that it’s a story you create together. We normally played a once-a-month game in-person, but since lockdown began, we’ve been playing nearly every week online via conference call and tools like Roll20 (a website that facilitates play by automating dice rolls and providing a shared game space).

The only limit is your imagination

Classic Dungeons & Dragons reminds me a great deal of the epic fantasy novels I devoured when I was younger. There are dragons (of course) and all the familiar trappings of the fantasy tropes everyone knows: strange magical artifacts, treasure to collect, powerful weapons to wield, spells to cast, and bad guys to fight. There are many official pre-written adventures, but people also create their own “homebrew” stories. In fact, one of the games we’re playing in now is set in Feudal Japan and features mythological Japanese creatures. My son is playing a ninja kitsune (a many-tailed foxlike shapeshifting creature) who is addicted to mochi (much like he is in real life). Literally, the only limit to a roleplaying game like D&D is the imagination.

Playing these games, for me, has always been like writing a book. Good campaigns aren’t just hack and slash fighting fests; they have a plot to them and a beginning, middle and end. Characters have their own motivation and wants and needs, as do the non-player characters that the DM controls and you interact with. For players, there’s an element of random chance (depending on what the DM has up their sleeve) that introduces an element of narrative surprise that keeps you on your toes. Everyone, from the lowliest stable boy to the rulers of the land, lives within the framework of the game world and that world has a history of its own. Actions matter; if you’re playing a character on the dodgy side and you attack a city guard, then you might find yourself having to sneak into town the next time around.

But playing a roleplaying game is also like immersing yourself in a good book, the kind that pulls you into the story and makes you feel like you are living it, the ones that made you stay up late at night reading with a torch under the duvet. So, in that way, they are the ultimate imaginative escape next to books, but one in which you’re in it together with the other players. For my son and I, it has been a great bonding experience: we not only read fantasy together, but we can live it too.

Kimberly Pauley is the award-winning author of several novels for older children. Her most recent novel, The Accidental Wizard, is reviewed here. Follow her on Twitter and Instagram for more updates.