Candy Gourlay: The fantasy worlds of my childhood books

Candy Gourlay grew up in the Philippines at a time when all books were imported from the United States or England. The stories she grew up reading offered her a world that was unlike her own, and much more like a fantasy... 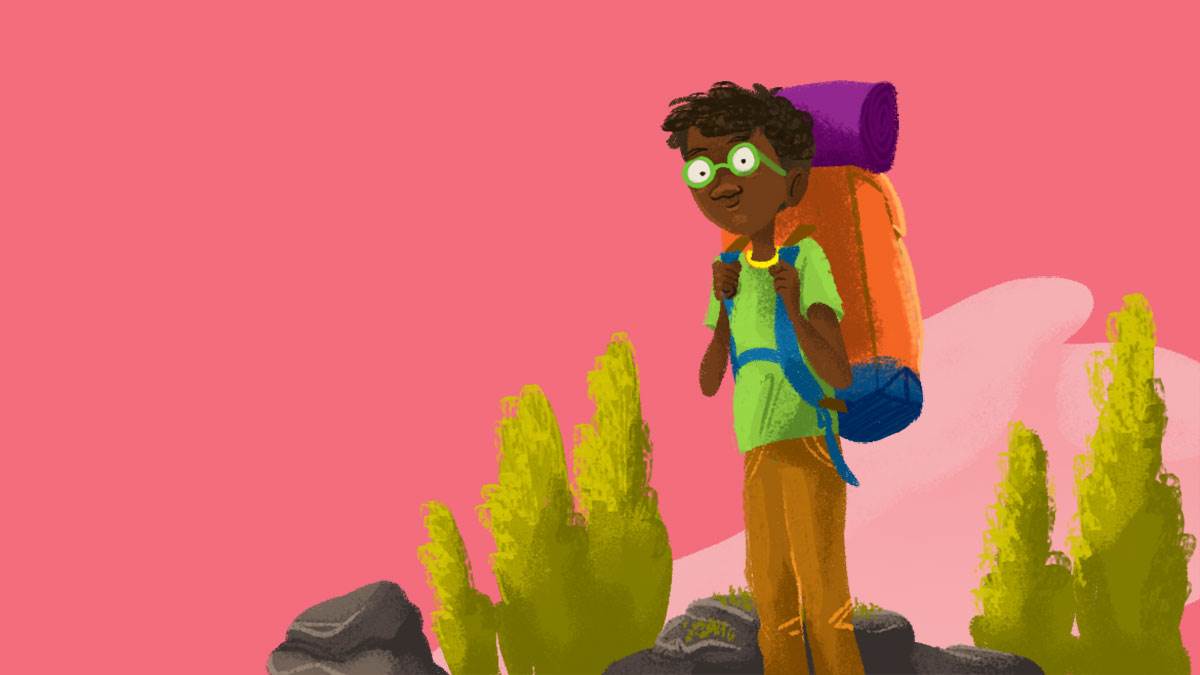 One of my favourite poems, when I was a little girl, was My Shadow by Robert Louis Stevenson.

'I have a little shadow that goes in and out with me,
And what can be the use of him is more than I can see.
He is very, very like me from the heels up to the head;
And I see him jump before me, when I jump into my bed.'

So far, so true… and so delightful!

Then the poem goes:

'The funniest thing about him is the way he likes to grow –
Not at all like proper children, which is always very slow;
For he sometimes shoots up taller like an india-rubber ball,
And he sometimes gets so little that there's none of him at all.'

In the Philippines, so near to the equator, there’s only a very brief 15 or maybe 20 minutes when shadows ‘shoot up taller like an india-rubber ball’. Until I came to live in England as an adult, I didn’t realise that long shadows could last for hours the way they do on long summer evenings.

How magical! The poem took on a whole new meaning.

More about Candy Gourlay: our Writer in Residence

I dreamed of walking through the magical settings of storybooks like Cinderella, and Sleeping Beauty, which all seemed to be set in rolling green meadows, with mysterious stands of trees, stone walls, fluffy white tufts of sheep and clumps of villages built of stone and thatch.

My own reality was a house with high cinderblock walls and a gate that opened almost directly onto the asphalt of our street. Not far from my home, the houses were jerry-built affairs, made of old billboards, tarpaulins, tyres and junk materials.

Tricycles – European readers might know them as tuk-tuks – roared past, without a care for pedestrians. Jeepneys – a kind of van – beeped and hustled passengers at every pavement.

Countryside? Sheep? Stone walls? It was all a fantasy to me.

Characters in books spoke in a slightly magical version of English. In Manila, we have our own version of the language, conjugated with our local tongue and pronounced to the same lilt.

Reading Enid Blyton, I was entranced by the way characters said ‘I shan’t’. I had never heard it done before. Instead of ‘I cannot’ or ‘I will not’, her child characters were always saying: ‘I SHAN’T’. I tried using it on a classmate, saying, ‘I shan’t be using this pencil.’ But she looked at me blankly as if I’d suddenly started to bark.

I didn’t know the differences between British English and American English. But I didn’t question the fluidity of the spelling I found in my books. I never actually realised that Biscuits and Cookies were not the same thing until I visited the United States for the first time. Pullovers vs Sweaters. Trainers vs Sneakers. Chips vs French Fries. They were all part of that fantasy world between the pages of a book.

And then there was the representation of poverty.

Growing up in Manila, I saw poverty everywhere. Entire families, living on a streetcorner, using cardboard boxes as shelter. Beggars who searched the rubbish for food. The poor who were part of my ordinary world were barefoot, raggedy and dirty from having no access to facilities. In books, though, poverty was not quite so desperate…

In Little Women, when Jo and Meg are invited to a party, they solve the problem of a ruined pair of gloves by sharing it between them.

'They looked very well in their simple suits, Meg's in silvery drab, with a blue velvet snood, lace frills, and the pearl pin. Jo in maroon, with a stiff, gentlemanly linen collar, and a white chrysanthemum or two for her only ornament. Each put on one nice light glove, and carried one soiled one, and all pronounced the effect "quite easy and fine".'

I puzzled over this paragraph, wondering how an impoverished family could happen to have a blue velvet snood, lace frills, a pearl pin. Was this really poverty?

I remember thinking this as I stared out the windows of a bus as we passed a market. On the pavement below me were men and women scrabbling out a living.

An elderly women, baby in arms, selling tomatoes on a plastic sheet. A bare-waisted man carrying an enormous block of ice on his shoulder. A small girl peeling garlic into small bags so that her mother might increase the mark-up on the sack of garlic she was taking to market.

In the poverty I read about in my books from other places, the poor only seemed to struggle with principles and pride. But the poor outside my window… Well, they were probably wondering where the next meal was going to come from.

My English had to improve enough to read the denser books of Charles Dickens and to see representations of poverty that were closer to my own experience.

'What an excellent example of the power of dress, young Oliver Twist was! Wrapped in the blanket which had hitherto formed his only covering, he might have been the child of a nobleman or a beggar; it would have been hard for the haughtiest stranger to have assigned him his proper station in society. But now that he was enveloped in the old calico robes which had grown yellow in the same service, he was badged and ticketed, and fell into his place at once – a parish child – the orphan of a workhouse – the humble, half-starved drudge – to be cuffed and buffeted through the world – despised by all, and pitied by none.'

'Books were my world'

I was one of those children who lived to read.

Books were my world. And yet my world was not in my books.

Now that I have the good fortune of being an actual author, I do my best to fill the yawning gaps in my childhood reading – by putting the places and peoples of my real world into my books.

When reviewers mention my latest novel, Bone Talk, they often say they were transported to a world they had not known before.

How it makes me chuckle.

Now they know how I have felt all my life, reading the fantasy worlds in my books.

More about Candy Gourlay: our Writer in Residence