The Book That Made Me: Jacqueline Wilson

What's the childhood book that made you who you are today?

The Family From One End Street by Eve Garnett spurred on Jacqueline Wilson to tell certain stories. The author and former Children's Laureate tells us why the book means so much to her...

Left: Jacqueline Wilson as a little girl; Right: The Family From One End Street

I first read Eve Garnett’s The Family From One End Street when I was nine. I bought it myself with my pocket money, attracted by the pretty pink and white cover. I can see why Puffin now publish it in a sage green – the original. Delicate pink probably stopped many boys from reading it. It’s a shame, because it’s not at all a "girly" book and there are several great adventure chapters about boys.

However, I thought the pink was perfect, and I loved the illustrations of the rough-and-ready Ruggles children with their unbrushed hair and drooping hems. They made me want to start turning the pages straight away to find out all about them. They didn’t look like usual story book children at all. They obviously didn’t live in posh houses with big gardens and go to boarding school. They looked like the children in our flats, the children in my class at school. They looked like me.

'This was my world'

I loved the detail and humour and truth of those drawings. I was thrilled to see there were many black-and-white illustrations throughout the book, with every child accurately portrayed. I’m not sure I even realised at first that the author had also done all the illustrations. I just pored over them in delight and coloured many of them very carefully indeed, concentrating so fiercely my mother kept telling me to put my tongue inside my mouth because I looked gormless.

The text was perfect too, easy to read, humorous, but taking all the characters seriously. I was hooked from the very first sentence: 'Mrs Ruggles was a Washerwoman and her husband was a Dustman.' The parents in all the books I’d read so far didn’t have jobs like that. The mothers didn’t seem to work at all, and were simply housewives. The fathers were doctors and lawyers and business men, and were generally reading the newspaper in their studies, and mustn’t be disturbed.

My own mum worked in a cake shop at that time (I thought it her best job ever because we had leftover cream cakes for tea on Saturdays). My dad worked in an office, so he was halfway to being posh, though he certainly didn’t have a study, just his own armchair, and the only paper he read regularly was The Sporting Life.

All the women in my flats were washerwomen of a kind, because they went to the Laundry in Middle Block and boiled the shirts and sheets in the copper and threaded them through the mangle. (Washing machines were around in the 1950s but nobody in our flats owned one.) The girl in my class at school had a dad who was a dustman. He seemed kind and cheery and always waved when he drove past. I relaxed into the story. This was my world. 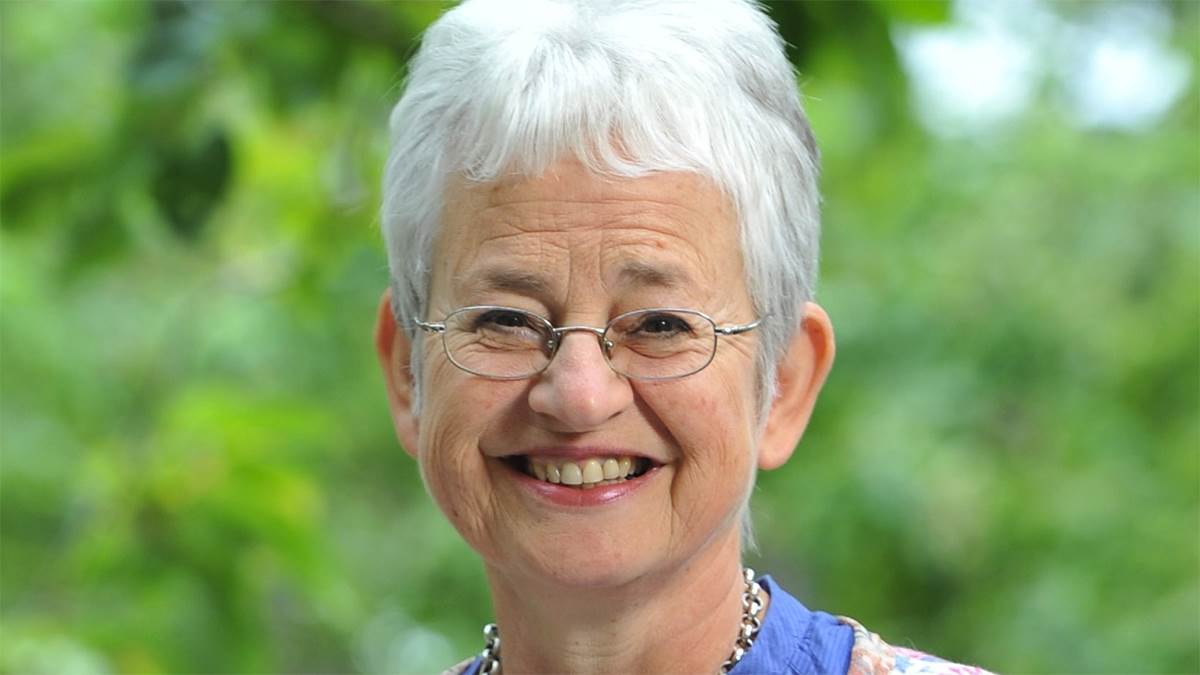 'Permission to write about ordinary children'

I was actually an only child, but I longed for sisters and brothers, and fantasised about being part of a large family. There were seven little Ruggles, from 12-year-old Lily Rose down to ten-month-old William. I loved them all. I sympathised utterly with plump, well-meaning Lily Rose, but identified even more with ambitious, spindly Kate, though I didn’t pass my eleven plus and didn’t want to go to agricultural college and learn how to run my own farm.

I knew even then that I desperately wanted to be a writer. When I was in the equivalent of Year 5, I wrote a long story at school – embarrassingly, I told my teacher that it was ‘my novel’. He was kind enough not to laugh at me, and said it was very good. It was totally inspired by The Family From One End Street. I even copied the cover idea, drawing my mother and father and their seven children. The first page or two shamelessly echoed Eve Garnett’s style, but then I gained courage and started to write in my own way.

I’ve tried to do so ever since. It was as if The Family From One End Street had given me permission to write about ordinary urban children in an honest, natural way. I know that there have been criticisms since its publication, and claims that it patronises the working classes. All I can say is that I loved it, and still do. It thoroughly deserved to have won the Library Association Carnegie Medal. I think it’s one of the most original and outstanding stories for children and I keep my copy in pride of place on my bookshelves.

Find out more about the former Children's Laureate

Topics: Classics, Children's Laureate, Features, The Book That Made Me