The Guggenheim Mystery was a very unusual book for me to write. It didn’t begin as an idea in my own mind the way my Murder Most Unladylike mysteries series did – it began when Siobhan Dowd’s literary estate came to me with a three-word title and asked me to create a story out of it. 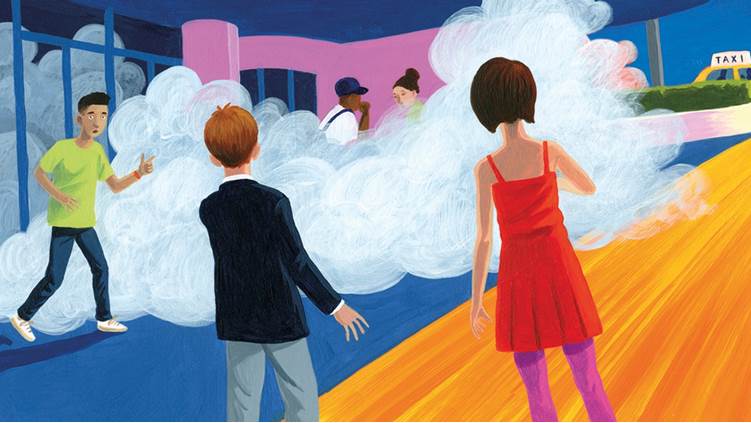 There are two things that you need to write a good mystery story. First, you need to create a mystery that's actually interesting and mysterious. And second, you need to know why solving that mystery matters. For me, the mystery of The Guggenheim Mystery had both of those things. First, I wanted to work out why Siobhan had chosen to set a story in the Guggenheim Museum in New York City. Why there? Why send her English characters to America? What had she seen, and could I see it too? And second, I knew that Siobhan had created characters who deserved to have more life than she could give them. Her detective Ted is odd and funny and very realistic, and he needed to be the hero of another book.

Once I had decided that this was a problem I wanted to solve, I travelled to New York to visit the Guggenheim Museum, to see if I could work out what Siobhan Dowd might have been thinking when she chose that place. My mum had worked in a museum when I was growing up, so I had a very clear idea of what I was expecting: something big and square, with pillars on the front and lots of sculptures and paintings inside. But that's not what the Guggenheim Mystery turned out to be. It's shell-shaped and beautiful and surprisingly small: one big round gallery with a ramp going up the sides of it and a few smaller galleries coming off it. It also only contains modern art (the stuff that makes people argue about whether it's art or not, and whether they could create something better or not). It's as unusual a museum as Ted Spark is a person – and when I realised that, I knew why Siobhan had chosen the Guggenheim out of every other place in the world.

That was as far as I could follow Siobhan's thoughts – from then on, I had to rely on myself. I went into the Guggenheim to look around, and by completely random lucky chance, the day I was there the museum staff were changing the exhibitions over. People were moving the art around in big crates, repainting the walls, fixing the wiring and hammering in new hooks for paintings. I stood watching them until the guards started to get nervous, and I realised that I'd worked out a way that someone could steal a painting during an exhibition change-over. (I didn't say that out loud, obviously, or I wouldn't have been allowed to leave).

Then I went home, and discovered that planning an art heist is much more difficult than planning a murder (all of my other books are murder mysteries). I had a lot of trouble perfecting the plot of The Guggenheim Mystery, and a huge amount of fear that what I was writing wouldn't live up to the story Siobhan would have created, but in the end I'm proud to say that I solved the mystery in my own way. I hope that my story seems twisty and fascinating to my readers, and I hope that they care as much as I do about Ted Spark and the story I've told.