My inspiration for the Summoner Series

The ridiculously imaginative Taran Matharu, author of the fantastical Summoner series, became our sixteenth Writer in Residence back in 2017. In this first blog Taran introduced himself and what his plans were for his residency. 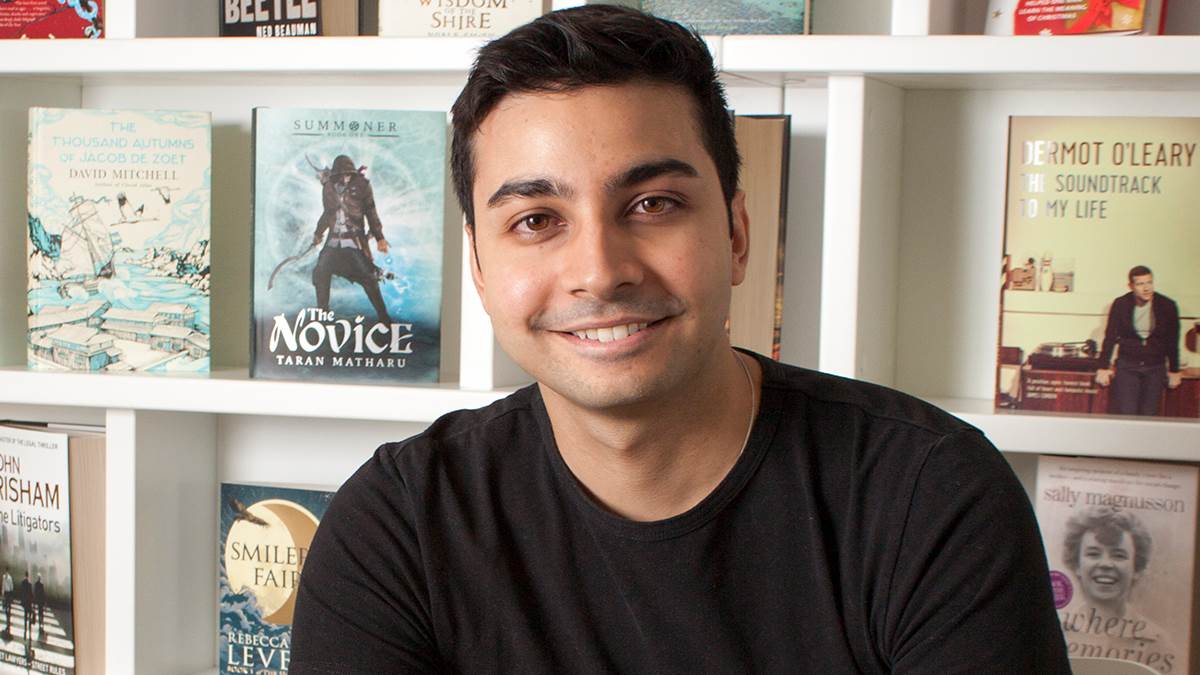 Where do you get your inspiration? I think that's the question I get asked the most. It's both easy and difficult to answer. The easy answer would be simply everywhere. For most writers, every interaction and new experience has the potential to influence your writing.

But when I really drill down into the question, I find that there are four key places where my inspiration comes from:

I have always loved history, even as a subject at school. Historical fiction was one of my preferred genres, with Bernard Cornwell and Wilbur Smith's books stacking my shelves.

Medieval times, with their great battles, political intrigue and the importance of family, heritage and succession, had a great influence on the nobility in The Novice. In the world of Summoner, only first-born children inherit the ability to summon, and the nobles form the greater part of the officers in the empire’s military.

The 18th century was an age of great empires, rampant piracy and a mad mix of modern and early weaponry, with gunpowder muskets, pistols and cannons being used alongside cavalry, sabres and lances. It was a time of scientific advancement and technological disparities, great clashes of cultures and racial discrimination. All of the above featured in the Summoner series; with dwarves, elves, orcs and humans at each other’s throats. When creating my "Demonology" and designing my demons, I wanted a mix of the familiar and the new. From the world's legends, I adapted Griffins, Salamanders, Minotaurs, Golems and Hydras, to name but a few, all of which would be familiar creatures to the well read.

Then there were the lesser-known creatures, such as the cannibalistic Wendigo from Native American mythology, or the Raiju, a lightning-powered mammal from Japan. Another favourite was the Persian Chamrosh, a griffin-like mix between bird and dog. Of course, I designed my own unique demons as well, but my love for mythological creatures around the world had a huge influence on it all.

One of my passions is travel. All over the world, I’ve encountered fascinating cultures, from the aboriginals of Australia to the native tribes of the Amazon. I have been in deserts and rainforests, deep sea and mountaintops, snowy wastelands and the hilly English countryside. These inspired the geography of Hominum, as well as the cultures and histories of my fantasy races.

For eample, the orcs sacrifice on the altars of great pyramids, rather like the Aztecs, while the elves are a pastoral people, following their great herds of deer in the same way that Mongols once did.

During my school days, I saw how class divisions could cause great rifts and shape the people within them. I have also experienced racism as a minority, something that featured heavily in my life when I was younger. From here, the discrimination, classism and personalities in Vocans Academy and the wider Hominum Empire were conceived.

I love science fiction and fantasy in films, books, comics or videogames. The magical schools of Earthsea, Harry Potter and Discworld inspired Summoner’s Vocans Academy. The multiple races of Lord of the Rings, Skyrim and Redwall inspired Summoner’s elves, orcs, dwarves, goblins and gremlins. Even the portals to another world in the Chronicles of Narnia and Stargate were the catalysts for my own portals to the demon world, and my demons are similar to the creature companions in my favourite video game series – Pokémon.