The Five of Us: 'a gesture of solidarity'

BookTrust Consultant Alexandra Strick talks to Sir Quentin Blake about new title The Five of Us and finds out exactly how his original inspiration for an inclusive book eventually became a reality. 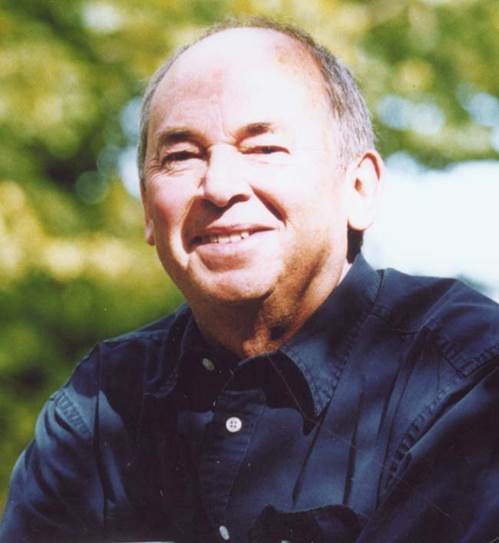 The Five of Us tells the story of a group of children, each of whom has an unusual ability. When disaster strikes (their bus driver collapses on a trip to the countryside), the five friends must pool their respective talents and come to the rescue.

It's a delightful offering, and in typical Blake fashion, succeeds in being joyous and thoughtful, humorous and serious, magical but candid, timeless yet relevant. It also happens to be extremely inclusive. Although disability is never specifically mentioned in the text, the five protagonists all have additional needs. There are wheelchairs, glasses, hearing impairments and the hint of other challenges such as learning disability and communication difficulties.

However, Blake is quick to stress that he is no expert in disability issues. 'I have no special interest in disability' he tells me. 'I have no first-hand knowledge, I am not equipped to discuss it, and that is not why I set about the book.'

This was certainly never to be a book about disability. It was rather a case of various initiatives over the years having made the former laureate conscious of the need to look out for appropriate opportunities to involve all children - including disabled children - naturally within the landscape of books. And, as he tells me, one of these catalysts for his interest in doing so was a BookTrust event, through which he and I met over eight years ago.

'There have been one or two occasions that have served to bring the place of children with disabilities in children's books to my attention,' he tells me. 'One was a very enjoyable workshop you ran at the Unicorn Theatre. With the help of a group of young people, we redrew some images from my books so that they incorporated such children in them.'

The event was the culmination of a series of workshops and events exploring disability and books, as part of a 'Quentin Blake Award' Book Trust received from the Roald Dahl Foundation, over eight years ago. Our innovative project involved working with a host of authors and illustrators including Pippa Goodhart, Jane Ray and Joyce Dunbar to consult children all over the country on the subject of children's books and inclusion. A report is still available online, summarising the workshops and also the children's very insightful observations on the topic.

Then, explains Blake, came another pivotal moment, thanks to the Lottery-funded 'In the Picture' project, developed by disability charity Scope:

'On the occasion of the In the Picture exhibition at the Foundling Hospital, I was invited to draw two or three children making use of aids to mobility, but also behaving like characters in a story. So the idea got into my head.'

Once the seed had been planted, Blake clearly kept the need for more disabled characters in mind, and was alert to any possible opportunities to make his images more inclusive, occasionally introducing such characters 'where it seemed natural to do so'.

'So the idea was already there when I once again saw a reference to introducing children with disabilities into children's books,' he explains. 'However, this time, I thought, "the hell with it, why can't they just be the heroes?" and roughed out an early version of what came to be The Five of Us.'

The creation of The Five of Us

Interestingly, the story on which The Five of Us is loosely based is not a new one. As Blake explains, he made use of an idea that has its origins in folktale:

'It's the one about the five friends or five servants, each of whom has an extraordinary gift. In 2010 I did some illustrations to an oriental version, retold by John Yeoman, called The Five Strange Brothers. I reinvented the details for my own story as I needed them.'

The ideal publisher for the new book came in the form of Tate Publishing. Tate had already worked with the former laureate on two books about his work - Beyond the Page and Words and Pictures - and collaborated with the House of Illustration in London to publish an introduction to his art by Joanna Carey to coincide with the opening of the new Kings Cross space. In serendipitous fashion, they had also worked with both Blake and John Yeoman on the Italian fable Three Little Owls.

The publisher explains: 'It was when we were sending this off to print that Quentin mentioned to our then publishing director, Roger Thorp, that he had some plans for a book that he'd been thinking about for years and asked whether the idea of a book about children going on an adventure who happen to have different kinds of ability or disability might be of interest.'

Thorp jumped at the opportunity. 'I was thrilled when Quentin told me about this project. My sister was a wheelchair-user all her life and it's always struck me as odd how few children's books are truly inclusive. It's a wonderful book which he has both written and illustrated, in his own inimitable style. It's an absolute delight, and my colleague Nicola Bion, project editor, worked closely with Quentin to bring about the finished book.'

'This is not a book about disability'

It's fascinating to note that despite that this is not a book about disability, The Five of Us has been widely described by the media as a 'celebration of disability'. Labelling a book in this way can of course be something of a double-edged sword. For starters, there is the fear that this kind of accolade could risk a title quickly being branded a specialist or 'issue' book, or simply too worthy or tokenistic. Plus, as I put to Quentin, this book is surely rather a celebration of teamwork and friendship than of disability? The former laureate agrees, and also stresses that it was not written specifically for other children with additional needs:

'Of course this isn't a book just for children with problems. If it is going to work it has to be a book for everyone; and I thought it was important not to mention their disadvantages - just their amazing abilities.'

This leads us to another potential pitfall for a book like this - the risk that 'superhuman' powers could be seen as being intrinsically linked with being disabled. Similarly, there is a historical tendency for books to bestow special qualities or strengths almost as some form of 'compensation' for the fact that they are disabled. Or there can be a suggestion that the characters manage to achieve something 'despite' being disabled.

However, in this case, what makes the book (and the children) so memorable is not the fact that they are disabled or even that they have particular talents. It is rather the quality of the story-telling and the extraordinarily appealing cast of personalities. And the characters do not do what they do because they are disabled or in spite of being disabled. In fact, the messages they impart are entirely unconnected with disability, and surely universal. Blake agrees:

'I was pleased to be able to give the dénouement to Eric, not least because his problem is shared by many young people, though sometimes in quite minor ways. No doubt there are many of us who can identify to some extent with it. It is one of the reasons why it's good to do acting in school.'

And finally, how would Quentin Blake sum up what the book aimed to achieve?

'I suppose if it is anything more than an entertainment, it's a sort of gesture of solidarity. The Five of Us is as if one of the group had said it; but the point is, I hope, that they are also five of us.'