The Sea has Risen!

You might think Across the Risen Sea gives its theme away in the title. The sea has risen! Don't worry, it's a long way in the future and this is a story of survival, not destruction. A risen sea is the landscape but it's not the theme. 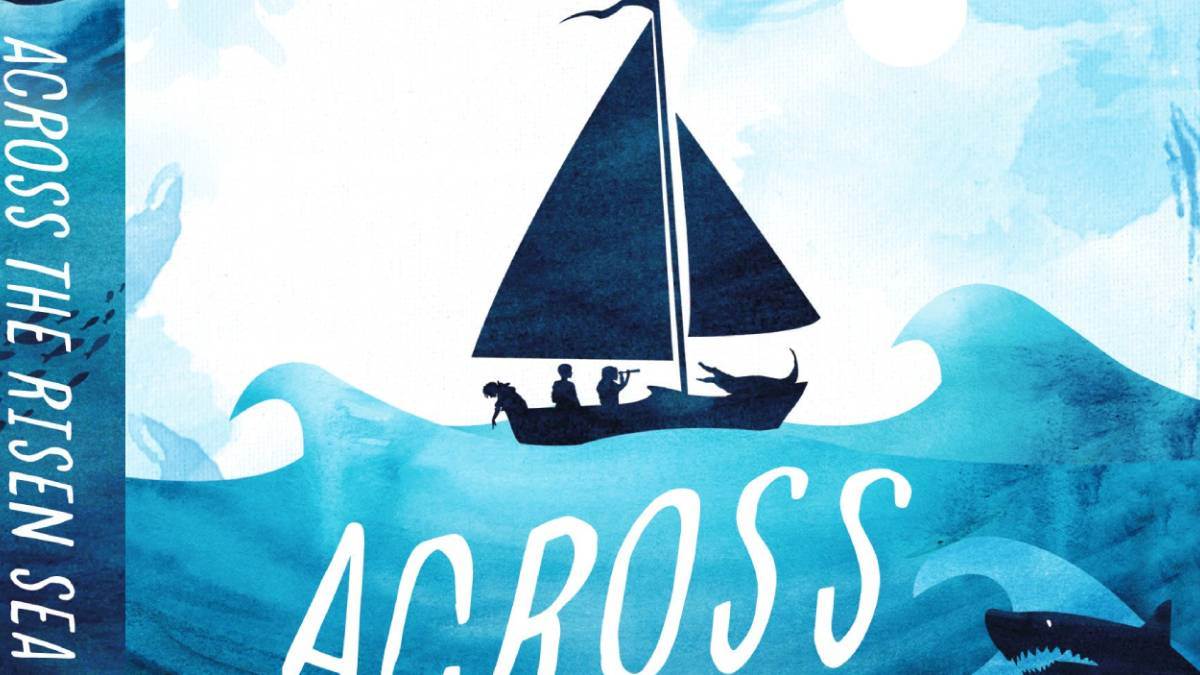 My characters live very environmentally gentle lives on hilltops that have become islands. Two kids have big plans to be the best fishing and salvage team ever, but strange people come and take one of them away, so the other sets off across the risen sea to rescue him.

Across the Risen Sea is a wild adventure on the high seas set long after the destructive forces of the sea have caused people to move and resettle. It's fiction but includes many facts about environmental issues.

For instance, my characters are all about protecting the trees on their hill island. When trees and any plants are removed, soil fungi die. Mycorrhizal fungi work with plant roots to create healthy, sticky and super water-absorbant soil. Without plants of any kind, water runs off the land quickly. Some farmers now sow crops directly into other crops rather than turn the soil, to keep living roots in the soil for the fungi to stay healthy and produce the sticky glomalin that keeps the soil absorbing high amounts of water. When trees don't fall across waterways to create natural dams, the water runs straight out to the sea and doesn't soak into the land or create groundwater. So the islanders are people who know the value of the environment and care for it. This is part of the main theme.

I tried to map how much the seas would rise, and how soon, but as I was researching I learned about the cities that are actually sinking. Jakarta, the capital of Indonesia, has sunk two metres in the last ten years- that's not counting the sea rising! It's an enormous city and uses a lot of bore water from under the ground and I'm sure you know what happens when you take something out from under something heavy! There are so many factors governing sea rise and it’s not rising evenly across the world. It's not going to be fair, so I focussed on how sea rise might affect groups of people differently.

It seems wild weather events are becoming more frequent and my characters remember ‘The Summer of Cyclones’ where beachside towers were flooded and people left in a hurry. This is handy for kids who love to climb the towers to salvage interesting things from the past. A cyclone is a spinning storm of high wind and rain that normally forms in the tropics. As the planet becomes warmer, areas that have never had tropical cyclones before will experience cyclones. I'm sad to say the town where I live, south of the tropics, was torn apart by Tropical Cyclone Seroja just four months ago. I got to experience a cyclone leaving the tropics first hand. The house I was in had half its roof wrap over the other half like it was made of foil!

In another strange real-life event, I wrote in Across the Risen Sea that a large shark leapt onto my character's boat. I assumed this only happened in Jaws, but my book had just hit bookstores when a shark leapt onto a fishing boat in Tasmania, grabbed a boy and pulled him in! Good news! It immediately spat him out again and he's fine. I need to be careful what I write!

It's warmer in my fictional future so crocodiles have more range. The saltwater crocodiles of Australia easily move between sea and fresh water, living hundreds of kilometres up rivers, so when the sea flowed inland in my fictional world crocodiles thrived. And I have a crocodile hop on the boat as well. My young character dealing with it is annoyed but can't just turf it back out in the ocean because sea-going crocs need land to rest on between swims. My characters have kind hearts.

Also, what are thieves who get around in boats called? Yes, pirates! I have future pirates who trade in people as much as they trade in stolen goods.

The government has abandoned remote areas in this book. Parts of Australia already struggle with phone, internet, healthcare and other services, so if regions were cut off by water, they would be on their own. This leaves the islands in my book open for other governments seeking land to arrive and claim it. Their culture of taking whatever they want, a bit like a pirate, doesn't sit well with the gentle island folk.

So it's a book about a possible future, with wild adventures, sharks, crocs, and pirates, but above all, it's about people who care for the environment and value kindness and living gentle lives. Now do you see its central theme? Care and respect for our environment and each other.