Why do we Read Ghost Stories?

Once, a few years ago, I was staying in a log cabin in the Pacific Northwest of America. It was autumn, and the leaves had long since fallen. A full moon had risen and as is often the case in this part of the country, there were strong winds, and I could see the bare trees being tossed around outside the window. 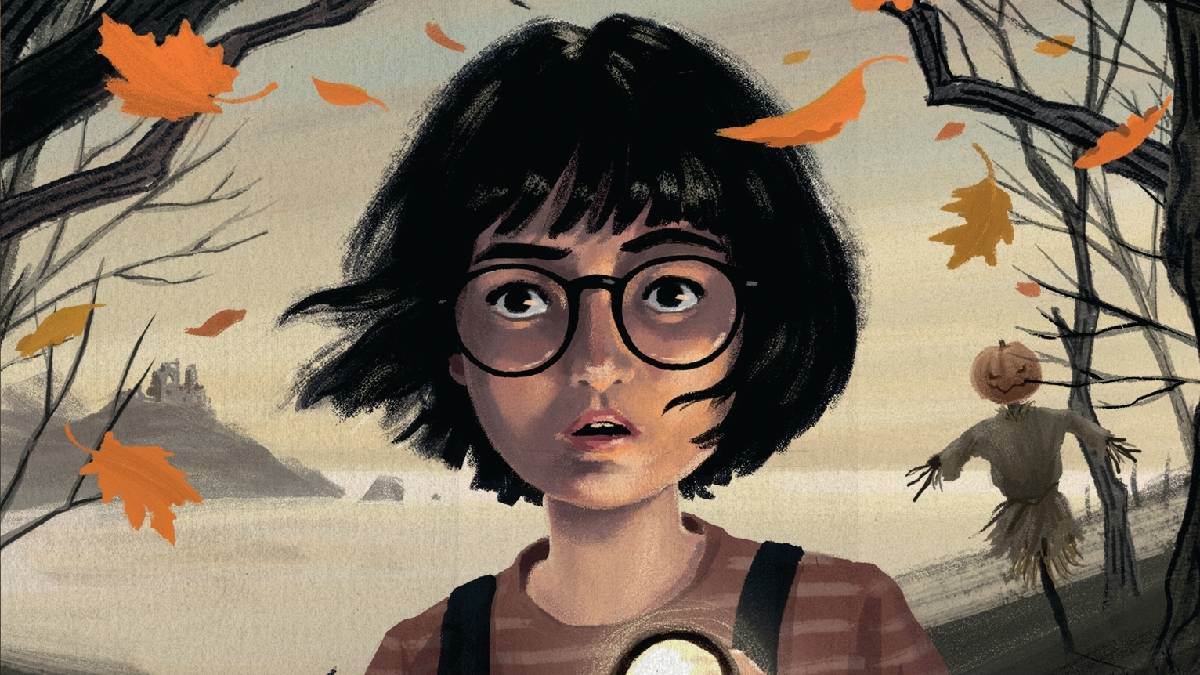 I was staying here on my own and as I usually do before I go to sleep, I was reading in bed when I heard a loud crunch outside. It was followed by another. It was the sound of footsteps, walking through the leaves. And they were slowly coming closer.

I put down my book and strained to listen, my heart already thumping. Nobody else was staying here. Who was it? I waited until I heard the footsteps stop right outside my door, my skin icy with fear. Then, summoning up the courage, I climbed out of bed and slowly opened the door. Only there was nobody there. I glanced up the path, but it was empty, and I returned to bed with a very eerie feeling. Did I just hear a ghost? Had I been visited by some long-dead spirit? Was it out to get me? In all likelihood, there was a rational explanation. Perhaps a bird or an animal. But I don't mind admitting that it took a very long time before I felt confident enough to close my eyes and go to sleep.

Which made me think: actually seeing a ghost would probably be a pretty scary experience, to say the least. So why do we like reading about them? Why do we deliberately try and scare ourselves? It seems a bit silly when you think about it. Perhaps one obvious reason is that when we choose to read a scary book, we know that ultimately, we're safe. We wouldn't go on a roller-coaster if we thought it might plunge off the rails. Nor would we jump off a bridge with our ankles tied to a piece of bungee cord if we thought we might actually hit the ground. When we trust that we're safe, it can be pleasant to experience a little fear. We can step into the darkness of our imagination, knowing that when we've had enough, we can close the book and step back into the light.

Ghost stories can also be ways in which we're taught life lessons. There are many stories of ghosts that live near water. One explanation for this is that it was a way for parents to teach children to stay away from rivers and lakes, which as we all know, can be dangerous places for small children. So instead of saying, "don't go there you might drown," it became, "don't go there or the scary lady in the water will get you."

Growing up and getting older can be scary at times. We have more responsibilities, and more stuff to think about, which in turn can be bewildering and a little frightening. Not only does reading a ghost story give us a break from this for a while, because we can escape into a story. But it can also be helpful to see how characters in books conquer their fears when faced with something very scary. If they can do it, so can we.

My own ghost story, The Haunting of Aveline Jones, is set in the UK. But all countries have their own ghosts and monsters. In Japan they have 15-foot tall skeletons called Gashadokuro. Imagine being chased by one of those. In Ghana and Togo they have vampires called Adze that like to feast on small children. It would be hard to sleep knowing one of those is lurking outside your window. In Mexico, La Planchada is the ghost of a nurse that haunts hospitals. Just when you thought being in hospital was bad enough already. It can be really interesting – not to mention pretty terrifying – to find out what scares people in other countries. So ghost stories can also be a good way to learn about other cultures.

So, turn off the lights. Grab a scary book. Check the door is locked and get reading. Because that creak you just heard upstairs, well, that's just your imagination...isn't it?