Finding a publisher, by Louise Walters

I loved books and reading from a very young age. I remember childhood trips to libraries and bookshops and the excitement of just smelling, let alone reading, all those lovely pages.

I still feel that excitement when I'm among books, and I think it was a natural development for me to want to write as well as read. I wrote stories growing up, and later, poetry. Eventually I had an idea for a novel. 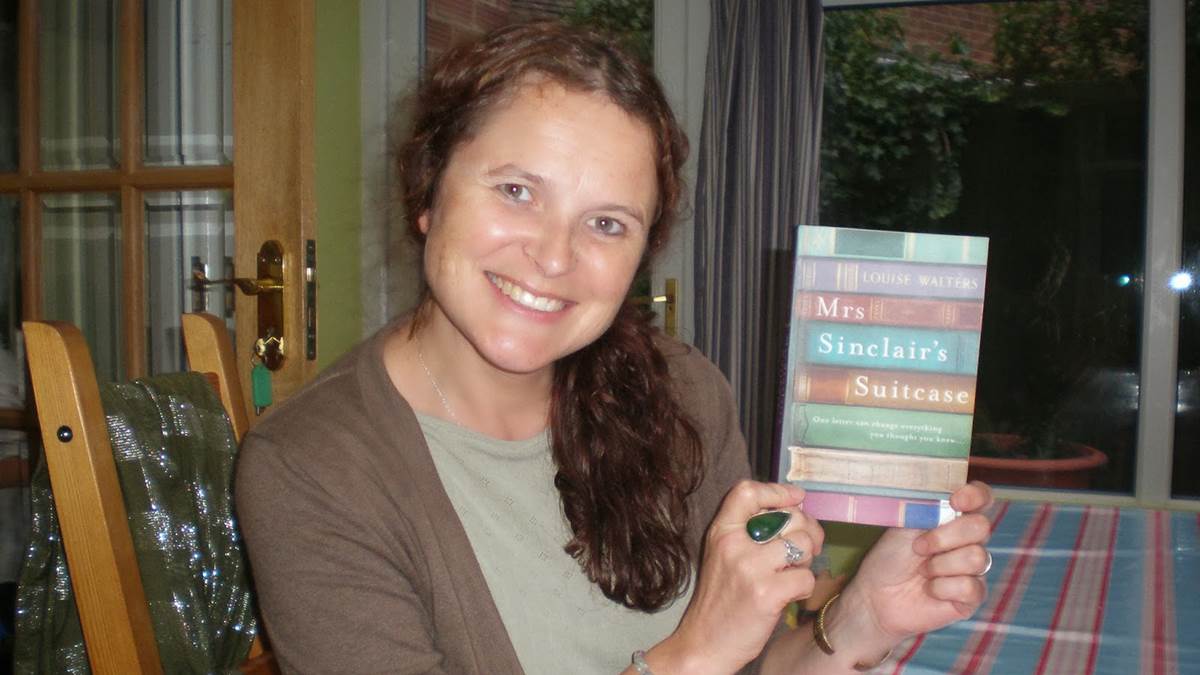 I'd been writing my novel Mrs Sinclair's Suitcase, or trying to, for about five years when I decided to send it off to a couple of agents, in September 2011. I got a timely, 'No thanks' from one agent, and heard nothing at all from the other. So I tinkered a bit more with it, then I decided to pay for a professional critique. I bit my nails for a couple of weeks waiting for the reader's report to be sent through, and was delighted when in February 2012 I received a positive, encouraging critique.

Coincidentally, around that time I also heard back from one of the agencies I'd sent my work to back in September, five months previously. The agent I'd sent my work to was on maternity leave and another agent was working her way through her submissions. She wanted to see the rest of my novel, and I explained I'd had it critiqued and now had lots more work to do, but she wanted to see what I had straight away. She read it, liked it, we met, and she suggested changes. I worked further on my novel, bringing it up to an acceptable length of around 80,000 words, sent it back to the agent, and she offered me representation.

In May 2012 she sent my novel to eight publishers, all of whom rejected it (one was interested but in the end didn't take it on). Although the rejections were hard to take, each one came with valuable feedback. I edited the novel again, and in September 2012 my agent sent it off to another seven publishers. Nail-biting times again, for both of us, and this time, nothing... previously the rejections had come through pretty quickly, most of them within days. My agent emailed to say a couple of the publishers were making positive noises, it was just what they were looking for... but I didn't dare to hope too much. But on Monday 29 October 2012, my agent rang. We had an offer of publication!

We found a publisher... and this is where everything went up several gears. You may have noticed that 'I' had already become 'we' once an agent was on board. With a publisher the writing process becomes even more of a team effort. I had a wonderful editor who told it like it was and together, over several months, we worked through four edits.

Working with an editor

First up was the structural edit. My editor sent through a report detailing general changes. First on the list was to cut a sex scene (sage advice). The next edit was the line edit; this is where my editor really wielded her figurative red pen and each and every line of the novel was analysed. We didn't agree on everything, and it was give and take... I got my way on some things, she got her way on others. I loved it! There was no arguing, just debate, and never heated, always constructive and mutually respectful.

I didn't need to remind myself that my editor knew what she was doing, and I was new to it. At the same time, the novel was mine and my editor didn't lose sight of that either. It was a great experience. Next up was the copy edit: a fresh pair of eyes went through the manuscript with a fine-toothed comb and cross-referenced things like dates and names. I was surprised by how much there was to correct at this stage. Finally, there were proofs to read... the novel laid out page by page as it would appear in the book.

In the meantime, the cover was designed by the publisher's art department, and I was thrilled with it. Another exciting development has been the sale of foreign rights. My publisher has secured ten foreign deals at the time of writing this, including Germany and the USA. I have gone through the editing process all over again with my American publisher, and that has been hard work, but fascinating.

Five tips on how to get published

Five tips on what to expect when you have a publisher