Ten of our Favourite Mouthwatering Meals in Children's Books

From pancakes drizzled in butter and syrup to delicious soup dumplings dipped in vinegar sauce, here are some of our favourite meals in children's books guaranteed to get your tummy rumbling...

Surely there’s never been a bug with quite the appetite of the Very Hungry Caterpillar. Eric Carle’s bright, iconic tale of the little caterpillar with eyes bigger than his belly (but only just) still makes us hungry today – and between the three plums, five oranges, cherry pie and slice of salami, he certainly has a varied diet! Be warned – whilst the Very Hungry Caterpillar pops out of his cocoon as a beautiful butterfly after his feeding frenzy, we can’t promise that you’ll do the same. You might get some pretty bad indigestion though. 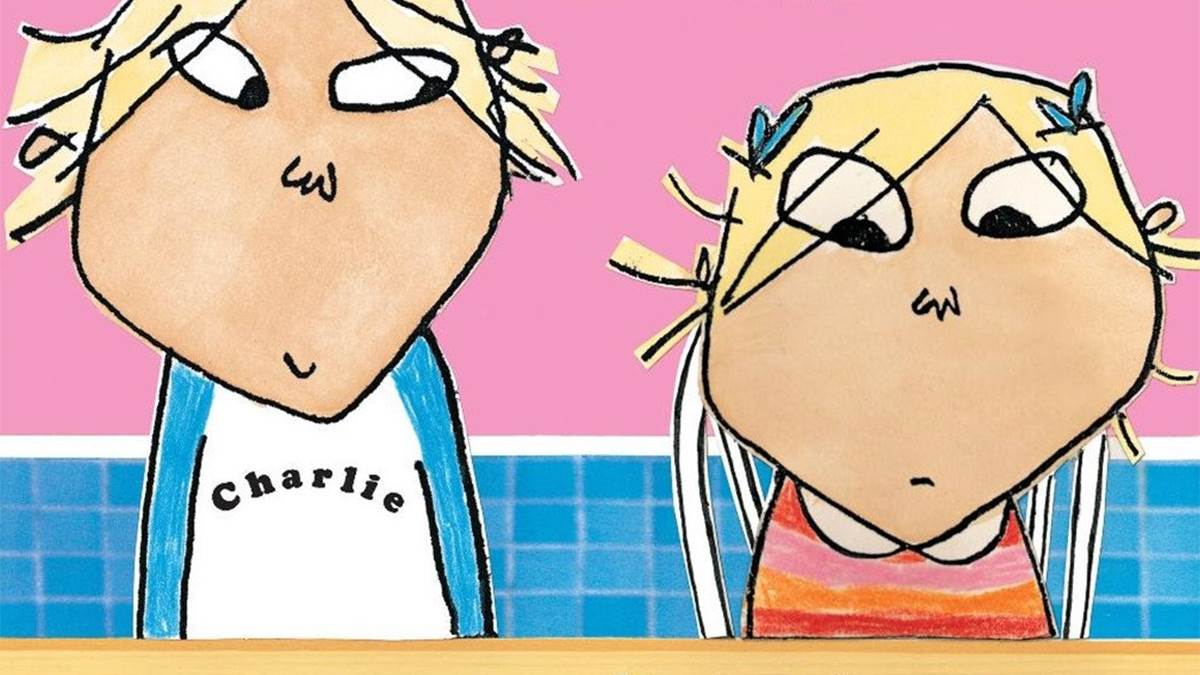 I Will Not Ever NEVER Eat a Tomato by Lauren Child

Most of us know a picky eater or two. Some of us ARE picky eaters. But surely nobody is as picky as Lola – the little girl who in Lauren Child’s hilarious story about trying new things. Lola won’t eat carrots (“carrots are for rabbits”). Peas are ‘too small and too green.’ She will not eat potatoes, mushrooms, spaghetti, eggs, or sausages, or pretty much anything else. And she absolutely will not ever NEVER eat a tomato.
Luckily, Lola’s older brother Charlie finds lots of imaginative ways to make dinner more interesting!

This isn’t just a brilliant way to entice kids into trying everything on their plates – it’ll make you think about all the wonderful, unique ways that we enjoy the way our food looks, feels, smells and tastes, from the mighty fishfinger to the humble tomato.

Mr Wolf is craving pancakes. Delicious, warm, buttery, soft pancakes. There’s only one problem – he can’t read the recipe book or write down the ingredients he needs to buy! Mr Wolf’s Pancakes is a wonderful book about the importance of literacy and learning, but who can resist the idea of a big pile of freshly-flipped pancakes?

Whether you have yours with maple syrup drizzled over the top, smeared with sticky banana and peanut butter, or go for the classic lemon and sugar combination, we guarantee you’ll be checking your cupboards for eggs and flour after reading. Just try not to eat your neighbours as well.

Freddie Bonbon’s bakery is the best in Belville. With his little dog Flapjack and his best friend Amira, he sells all kinds of sweet treats – creamy Victoria sponge cakes, delicate flaky pastries, sticky jam tarts, fat sugary doughnuts, warm crumbly cookies with melting chocolate, and of course the magnificent raspberry showstopper! (Despite having such a sweet tooth, Freddie is fastidious with a toothbrush – you have to be if you’re surrounded by that much sugar…)

The Tiger Who Came to Tea by Judith Kerr

Little Sophie is having lunch with her mummy when a big stripy tiger turns up on her doorstep and proceeds to eat all the sandwiches. He doesn’t stop there though – he drinks the tea straight out of the teapot and chomps his way through all the buns, all the packets and tins in the cupboard, and even drinks all of Daddy’s beer. He eats everything in the house so there’s nothing left for dinner!

Luckily, Sophie and her mummy and daddy go to a café and have sausages, chips and ice cream – and if there’s one thing we love, it’s having breakfast for dinner. And ice cream.

Cloudy With a Chance of Meatballs by Judi and Ron Barrett

“For lunch one day, frankfurters, already in their rolls, blew in from the northwest at about five miles an hour. There were mustard clouds nearby. Then the wind shifted to the east and brought in baked beans. A drizzle of soda finished off the meal.”

In this beautifully surreal story, the little town of Chewandswallow is home to some very unusual weather – breakfast, lunch and dinner is served from the sky, whether it’s eggs and toast for breakfast or lamb chops (becoming heavy at times, with occasional ketchup.) It proves a bit much for the people of Chewandswallow though, and they flee the town in boats made of sandwiches, of course.

Personally, Chewandswallow is our kind of town. You’d never have to go shopping – just hold your plate out the window and wait for dinner to land on it!

Danny the Champion of the World by Roald Dahl

"I began to unwrap the waxed paper from around the doctor’s present, and when I had finished, I saw before me the most enormous and beautiful pie in the world. It was covered all over, top, sides, and bottom, with rich golden pastry. I took a knife from beside the sink and cut out a wedge. I started to eat it in my fingers, standing up. It was a cold meat pie. The meat was pink and tender with no fat or gristle in it, and there were hard-boiled eggs buried like treasures in several different places. The taste was absolutely fabulous. When I had finished the first slice I cut another and ate that, too. God bless Doctor Spencer, I thought.”

Danny and his dad live in a beautiful little caravan, and though they live frugally they manage to eat some of the most mouthwatering food in children’s fiction – from the simple sandwiches that Danny’s dad makes as a midnight snack to the showstopping cold meat pie given to them as a gift from Doc Spencer. We can practically taste the golden flaky pastry and delicious boiled eggs hidden inside. Who needs pheasants?

The Wind in the Willows by Kenneth Grahame

"‘Hold hard a minute, then!’ said the Rat. He looped the painter through a ring in his landing-stage, climbed up into his hole above, and after a short interval reappeared staggering under a fat, wicker luncheon-basket.
‘Shove that under your feet,’ he observed to the Mole, as he passed it down into the boat. Then he untied the painter and took the sculls again.
‘What’s inside it?’ asked the Mole, wriggling with curiosity.
‘There’s cold chicken inside it,’ replied the Rat briefly;
‘coldtonguecoldhamcoldbeefpickledgherkinssaladfrenchrollscresssandwiches
pottedmeatgingerbeerlemonadesodawater—-‘
‘O stop, stop,’ cried the Mole in ecstasies: ‘This is too much!'"

The Water Rat’s picnic hamper, bursting with cold cuts, pickles, rolls and fizzy drinks, makes him the undisputed King of Picnics. You can just imagine lying on the riverbank in a summer breeze, bees buzzing nearby as you doze off after a delicious assortment of classic picnic food and a day of messing about in boats. Bliss.

Candied chestnuts, hotroot soup, summer strawberry fizz… if reading about the feasts at Redwall Abbey doesn’t get your stomach grumbling, nothing will! Brian Jacques’ lavish descriptions of the delicious dinners made fans so hungry, he later released the Redwall cookbook. Now could be the perfect time to have a go at making the mole speciality – deeper’n’ever tater’n’turnip’n’beetroot pie…

The Surprising Power of a Good Dumpling by Wai Chim

Wai Chim’s lovely novel is about family, acceptance – and some truly incredible food. Teenager Anna helps out at her dad’s Chinese restaurant, where she helps the team serve up fresh, crispy spring rolls, egg drop soup, and fried egg noodles with oyster sauce. One of the most beautiful scenes in the book sees Anna and her Baba’s delivery boy, Rory, go out for xiao long bao – soup dumplings – at a small Chinese restaurant. You can practically taste the vinegar sauce dripping off the page and smell the steam from the hot dumplings as they fog up Anna’s glasses. We might need to find some dumplings now…