Here's an embarrassing story. The first time I interviewed a footballer was in the loos at Wembley stadium. Well, that's not quite true. I actually spoke to the player in the loo – not the cubicle, you understand, just by the sinks where we were washing our hands – and interviewed him a few days later. It was my first big interview, and one of the reasons why you should always wash your hands – you never know who you might meet! 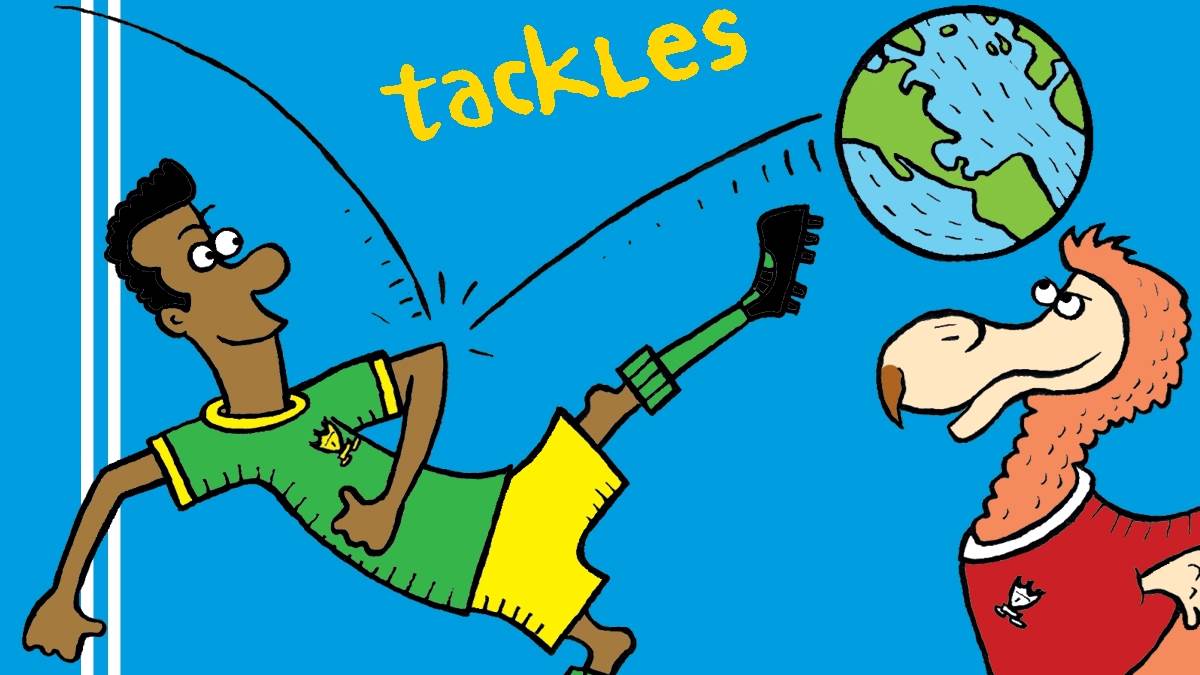 I won't say his name but he was England's centre-forward at the time. When I went back to the magazine where I was working as a (very) junior writer, I told my colleagues about my new friend but they barely listened. They were too distracted, upset by the news that the player they had lined up to be the star on the next issue's cover had cancelled his interview at the last minute. I had an idea...

I called the training-ground at the England player's club and left a message, telling him that a national magazine wanted him to be their cover star.

He had remembered our first meeting and, amazingly, he called back and agreed to an interview. My colleagues at the magazine heard me loud and clear when I told them the good news. I conducted the interview, it made the cover, and everyone was happy: my editor, the player, the readers and especially me!

Since then I have been lucky enough to interview plenty of professional footballers, almost all of whom have been charming. I still play football regularly, although not very well, and remember the time I was mistaken for a player. It was after a pre-season match between Tottenham Hotspur and Leyton Orient, and as I left through a door marked 'Players' Lounge' to make my way home after the game, I was confronted by a large group of autograph-hunters. I stopped and, as though in expectation, put out my hands as if to sign a notebook. Obviously no-one knew who I was, but one optimistic (and deluded) youngster said, "I think he's a new signing!"

Suddenly the crowd surged forward and everyone was asking for my autograph.

I knew this would never happen again – especially if any of them ever saw me play football! – and so I signed an illegible scrawl in everyone's notebook. If they are still trying to work out who I was, sorry about that! It just goes to show you shouldn't always follow the crowd.

Football continues to play a major part in my life. It stirs up amazing memories and incredible emotions, allows me to spend time with family and friends and to stay healthy by playing. I believe football is a powerful force for good in the world. That's one of the reasons I am passionate about Football School, the book series I co-write, opening up the school curriculum to enhance education by explaining the world through football.

My friend Alex Bellos and I have now written six Football School books and are inspired when we hear that the books have helped football-loving readers to enjoy reading and develop a curiosity about the world.

Still, I sometimes wonder if I would have made it as a football writer if it wasn't for that chance meeting in those Wembley loos all those years ago!