Amazing reasons to read as a family - whatever their age

Lindsey Greenwood has found that reading with her two little children not only helps their love of stories and imagination, but is actually bringing them closer together as a family. 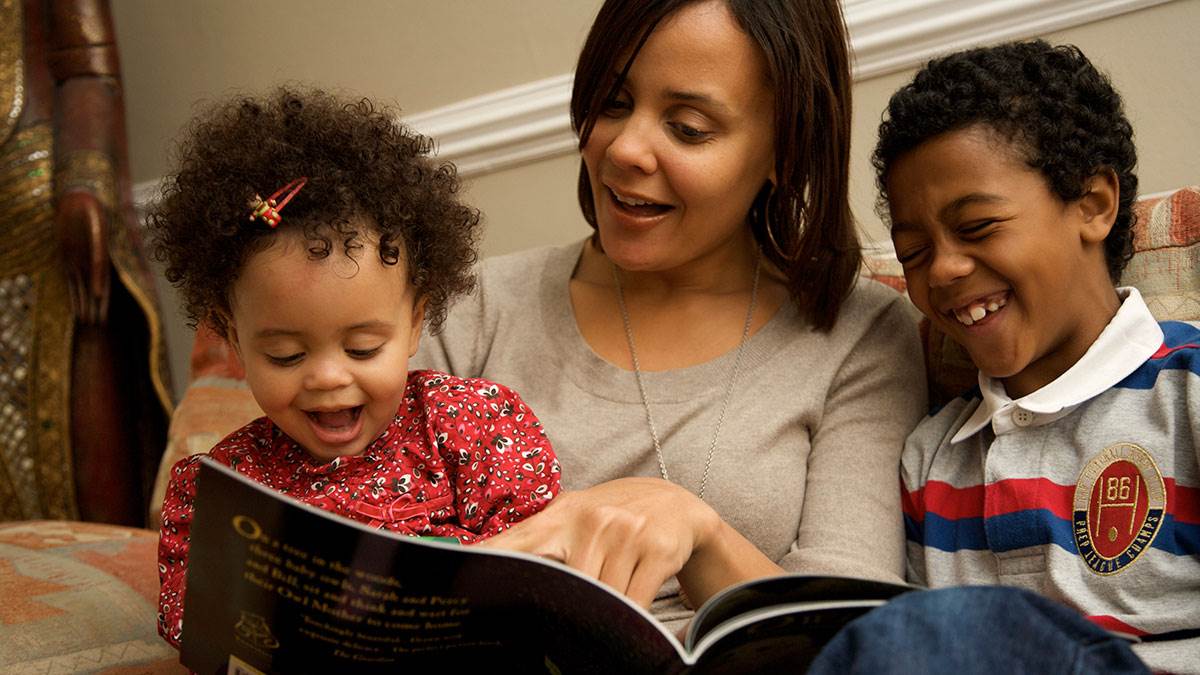 Since the birth of George's little sister Kate, just over four months ago, I'm noticing huge changes in George's appreciation of books.

And I've managed to narrow this new-found confidence down to a few recent events.

The first has to be George's new status as a big brother.

Just like George, Kate got her own library card at two months old, and George helps me to choose books for her at our local library.

Even better, he feels really grown up when I ask him to 'read' to her. Obviously, these mostly black-and-white board books have few, if any, words at all. Nevertheless, George loves to use his imagination, describing what he sees and helping to turn the pages.

This is becoming a lovely way for them to bond with each other. Even though I'm there, perching one on each knee, it's all about them sharing a quiet moment together.

Treasure hunt in the trees

Another exciting event occurred last month, when we were invited to some settling-in sessions at George's new nursery school.

One session was held in nearby woods, where the teachers read a GIANT copy of We're Going on a Bear Hunt, before letting us loose on our own treasure hunt in the trees.

Surprisingly, George had never come across this book before, but as they chanted the words out loud to the group, I realised George was transfixed. It wasn't long before we found a copy at the library and we have read it many times since.

Words off by heart

The final occasion occurred not long after. I was reading Michael Rosen's book to George for the umpteenth time, when suddenly he shouted 'No!' When I stopped, he casually continued 'reading' where I'd left off.

I knew he wasn't actually following the words, but what was even more surprising was how much of the book he'd memorised. And it didn't stop with that book. He's gradually memorised a handful of his favourite books and loves to 'read' them to anyone who'll listen. Even though they are memorised, he knows which pages contain certain passages, so unless you weren't aware that his eyes aren't following the words, you'd think he'd taught himself to read in a fortnight!

I never imagined that at just three years and three months, he would be such a confident and independent communicator; especially considering that he was late at talking.

Even up to a few months ago, he could get quite frustrated about not being able to express himself properly. Now I hear copied snippets from some of his favourite books in everyday conversation, or can ask him to tell me the story about the bear hunt when we're stuck in traffic.

And after the countless hours I've spent reading to him, it's about time I relaxed and had a story read to me!

Making sense of the world 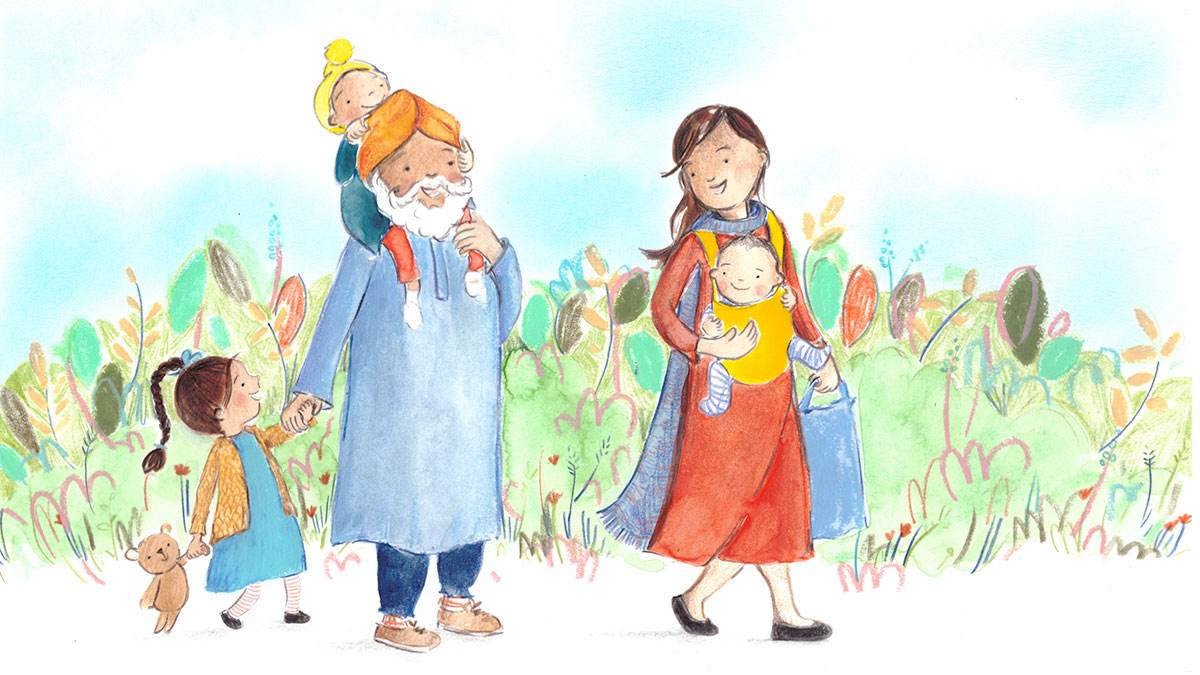 As for sharing books with both George and Kate, I'm finding that the time spent reading to either of them is time well spent. I have come across the occasional question from some people about why I bother to read to such small children. I always point out the numerous benefits to both parent and child - for example, finding the time to snuggle up with a book at any time of day is very important.

Moreover, you can't rush a good book, so while they're listening to my voice - especially if the book rhymes - simply sounding out patterns of words, this can produce quite a relaxing effect for both them and me.

However, by far the most crucial reason behind reading to children is to gradually help them to make sense of the world. This starts with distinguishing colours, patterns and textures on the page for babies, and continues into understanding more complex ideas such as emotions, consequences and humour later.

For instance, George's favourite book at the moment is I Want My Hat Back by Jon Klassen. It is a simple tale about a bear looking for his hat, but the humour is quite dark and subtle. George thinks it's hilarious and seems to understand the 'unspoken' messages contained in the book.

This is probably one of the first times we have shared a joke together - and it's all thanks to some clever writing that we found at our local library.