How she became enthralled by the Norse sagas, her favourite mythic children's books, and her first book for older children, The Monstrous Child. 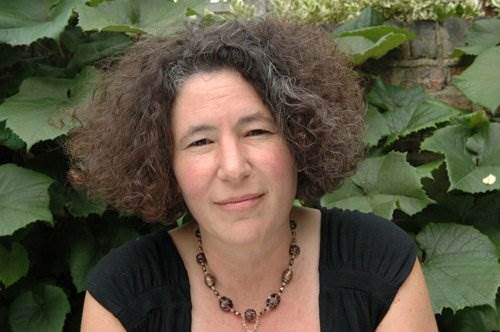 The Monstrous Child is a story told from the point of view of Hel, goddess of the Norse underworld. Children's books about ancient gods and goddesses seem to be very popular at the moment. Why do you think that is?

Have such stories ever NOT been popular? The Norse myths were hard-edged, violent, terse and compelling, all reasons why the Vikings who worshipped these gods continue to fascinate us. The gods invite us into a distant, magical world, but one where all the great issues-birth, death, love, family, betrayal, rivalry-are played out.

I personally became enthralled by the Norse sagas I read at Yale, where I majored in Medieval Studies. I was fascinated by the dark world view, of gods who knew their own fate, and the humans struggling for survival. I also liked the Norse idea of fate: that you might as well live fearlessly because the day and manner of your death was fated long ago.

Hel is a teenager: half-human; half-corpse, and her disgust with her body and her sulky, often funny bewailing of her fate struck me as a fascinating way into the angry world of a resentful teen.

Why do you think writing about historical figures and cultures for children is important?

I think writers absorb aspects of our culture, and the past, and tell these tales through their own experience, and in their own way. Re-telling myths has been happening for thousands of years-I wouldn't want to drop the ball now. Children enjoy learning about the past, and they certainly enjoy folk and fairy tales. As do I.

The Norse idea of fame for doing great deeds, which was the only immortality, as opposed to our current culture of being famous for doing nothing, has a lot to teach us.

How do you research your books and where does the research come into your writing process?

I re-read lots of mythology, a few Norse sagas, and gathered as much information as possible about the Norse concept of the dead. I make notes in a black moleskin A4 notebook, in a disorderly way, then right before I start writing I read through my notes and highlight anything that strikes me. So, I research before I start, but I am primarily focussed on the characters and their journeys.

Why is it good to retell myths and legends, do you think?

I think a love of stories is hard-wired into humans-it's what makes us who we are. Myths tell us truths in an enthralling way: that life is unfair; that people have choices; that gods are indifferent. I also think the amorality of the gods is fascinating, because they are allowed to do whatever they like, and children have always adored stories about beings with superpowers.