Is fiction actually stranger than fact? Decide for yourself as the 2019 Blue Peter Book Awards contenders are revealed

Explosive experiments, Egyptian colours, sneezing fits, fitting in, standing out and unbreakable family bonds, are all themes from the cracking line-up of titles that makes up the 2019 Blue Peter Book Awards shortlist. 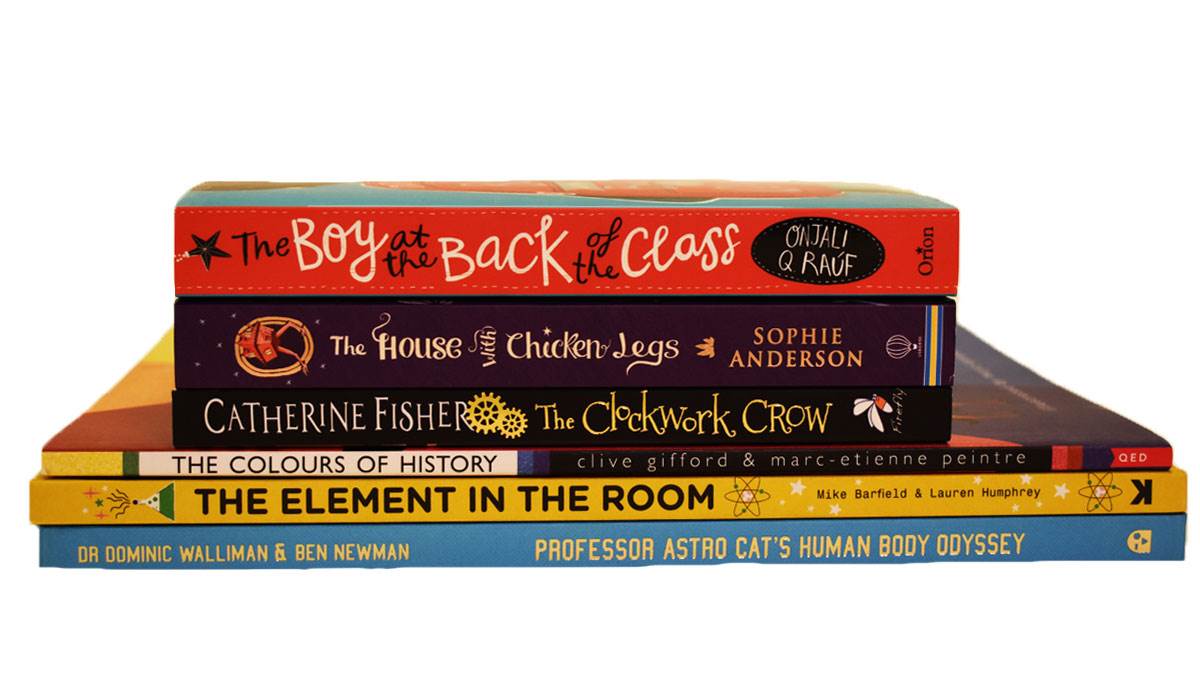 In this year's Blue Peter Book Awards, fiction may actually appear to be stranger than fact – with magical and mystical goings on in The House with the Chicken Legs and grumpy crows in The Clockwork Crow. Anatomy and atomic ingredients still do make for a gripping reading, with equally interesting facts and exciting experiments with elements to find out about.

This month it’s non-fiction November, so it’s the perfect opportunity to celebrate the fantastic factual books out there and get children excited about titles that are packed full with figures and information. It's a genre that covers a huge range of topics and may help get reluctant readers excited too, who sometimes prefer books that are based on real life rather than made-up stories.

Fighting for the title of Best Book with Facts are:

Competing for Best Story are:

Go on an adventure with Baba Yaga and Marinka, guiding the dead through The Gate and up to the stars, discover a magical snow-bound Wales with Seren and a mechanical talking bird, or put yourself in the shoes of 9-year-old Ahmet, a refugee from Syria who has just arrived in England....!

Books to get children excited about reading

'We’re delighted to be involved in the Blue Peter Book Awards again this year, helping to excite and encourage children everywhere to love reading and discover more about science, the human body and the journey to the afterlife.'

'It’s been a thrill to be part of the Blue Peter Book Award judging panel this year, and such a delight to work with the other judges. I have so loved seeing all the incredible books which were longlisted. Whittling these brilliant titles down to the shortlist has been incredibly tricky but I know we’ve managed to put together a shortlist which has something for everyone. We can’t wait to share it with the world!'

Schoolchildren will pick the winners

The winning titles will be voted for by over 300 children from 12 schools across the UK.

This year, over 760 schools applied to be a part of the judging process. The 12 chosen schools are:

Their two winning books will be revealed live on Blue Peter on World Book Day on Thursday 7 March 2019, with the authors and illustrators appearing on the special awards episode of the show.

The Blue Peter Book Awards have been celebrating children’s literature since 2000. The 2018 winners were The Wizards of Once by Cressida Cowell and Real-Life Mysteries by Susan Martineau, illustrated by Vicky Barker.

Find out more about the Blue Peter Book Awards