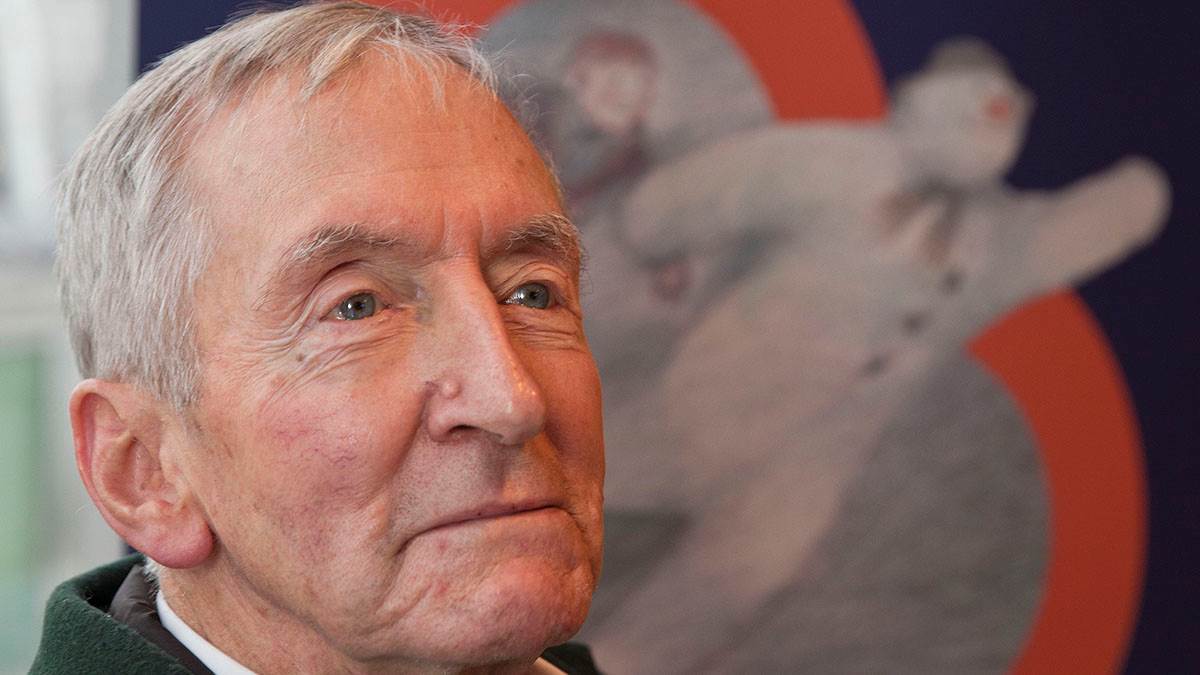 The first winner was Shirley Hughes, author of Dogger and the Alfie series, whilst Judith Kerr was awarded the accolade in 2016.

Raymond Briggs' most noted works include the classic Christmas tales The Snowman and Father Christmas, as well as Fungus the Bogeyman, Ug, The Bear, When the Wind Blows, Gentleman Jim and Ethel and Ernest.

Born in 1934 to dad Ernest, a milkman, and Ethel, a former lady's maid-turned-housewife, Briggs showed interest in cartooning from an early age and attended various art schools.

He briefly pursued painting before becoming a professional illustrator, winning several awards throughout his extended career, including the 1966 and 1973 Kate Greenaway Medals from the British Library Association, the Horn Book Award in 1979 and the British Book Award in 1993 and 1999.

It's lovely to be given an award for all my life achievements. Drawing, telling stories and sharing these adventures is something I've always been passionate about. Being awarded the BookTrust Lifetime Achievement Award is an incredible honour and I'm so glad I've been able to make such an impression on people.

It is truly an honour to be presenting our third Lifetime Achievement Award to someone with such captivating and inspiring work. Raymond continues to have such a widespread impact on both children and adults and the award is so very well deserved.

Raymond is a true artistic genius who has touched the hearts of millions of children of all ages. They say that a picture is worth a thousand words and his particular style of illustration is unmistakable, as are his understated and poignant words of narrative and dialogue. His talent expresses his values and with his choice and treatment of subjects, he brings our history and contemporary challenges to life.

Keep up with Onjali

Every six months, BookTrust appoints a new Writer or Illustrator in Residence to give us their own unique perspective on the world of children's books. Onjali Q. Raúf is best known for books like The Boy At The Back Of The Class and The Night Bus Hero.

More from Onjali
Back to top